Samsung scion’s lack of interest in shipbuilding has long fanned rumour over the group’s interest to exit shipbuilding. Still, South Korean government will not view a sale of Samsung Heavy Industries favourably given the top shipbuilder is a major contributor to job numbers 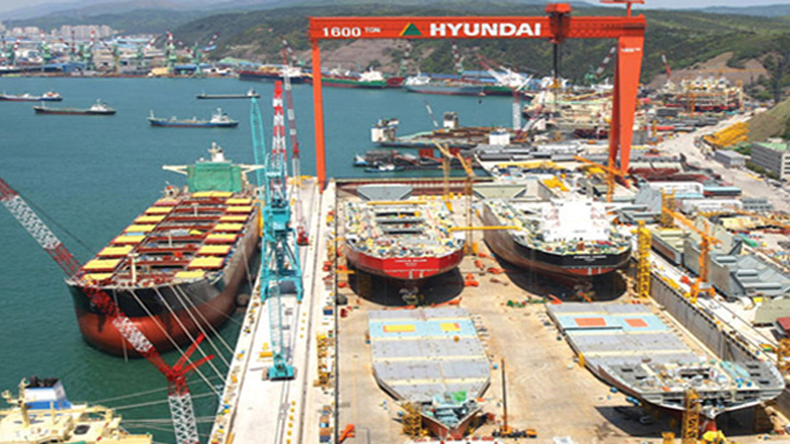 Shipowners are keenly monitoring the proposed merger of Hyundai Heavy Industries and DSME. Hyundai Samho (pictured here) is one subsidiary of the larger HHI group boasting a controlling market share in LPG shipbuilding.

ONE particular piece of gossip has resurfaced on South Korea’s maritime grapevine as the merger between the country’s two world-class shipbuilders picks up steam.

Many people are wondering how Samsung Heavy Industries will continue to figure in the business portfolio of South Korea’s largest-standing chaebol.

Shipbuilding may be South Korea’s core industry, but margins from this business are no longer attractive, especially after offshore marine projects lost their luster since oil prices collapsed in 2014.

The grapevine has thus been abuzz with talk that Samsung scion Lee Jae-Yong may want to divest Samsung Heavy Industries.

Samsung group has officially asserted on several occasions that such talk is just groundless rumour.

However, this speculation found its way back to the mill when the proposed marriage of South Korea’s two other top shipbuilders, Hyundai Heavy Industries and DSME, built momentum.

This development in South Korea is not unique.

The long-proposed merger of Singapore’s largest yard groups, Sembcorp Marine and Keppel Offshore & Marine, was recently back in the spotlight as analysts pondered over the next possible deal following the two announced marriages in South Korea and China.

State-owned CSIC and CSSC have also embarked on consummating their announced marriage just as their South Korean counter-parts seek to tie the knot.

What can lend fuel to such speculation is a leadership change, which often heralds shifts in business focuses.

Samsung crown prince Lee Jae-Yong has taken a more active role in managing the group since his father slipped into a coma from a heart attack in 2014.

He has never really acquired a strong affinity to shipbuilding.

He further diversified the group’s revenue streams soon after the onset of a drastic offshore downturn that hit Keppel O&M’s topline and bottomline.

One observer says Mr Loh has sought to bolster shareholders’ yield by flipping real estate properties and buying into potentially higher margin business such as telecommunication.

Under his leadership, Keppel O&M has also downsized its yard operations.

Still, any businessman wired to deliver returns of investments would want to reduce exposure to low-yield sectors.

One consensual view is yard margins, though showing signs of bottoming out, may stay lower for longer.

Among South Korea’s big three, Samsung Heavy Industries has won the most major offshore contracts dished out since the oil price collapsed in 2014.

More recently, it scooped up the most coveted bulk shipbuilding orders tendered out for Arctic class liquefied natural gas carriers and LNG-fuelled tankers.

It is also tipped as one of two frontrunners for a series of newbuild boxship orders tendered out by Evergreen.

Yet, some suggest, the South Korean yard operator may have gone far too low on bids.

Samsung Heavy Industries, a distinctly separate listed entity from its larger parent group, may have caved under pressure to ramp up revenue even at the expense its future bottomline.

In light of this, it is unsurprising that Mr Lee as the empire successor would not want to proactively consolidate South Korea’s shipbuilding by acquiring DSME when the latter was put on offer.

On the flip side, it is hardly unexpected that he may be tempted yet again to review options for Samsung Heavy Industries now that Hyundai Heavy Industries and DSME have embarked on a merger.

That said, Samsung as the family-owned conglomerate answering for a significant chunk of South Korea’s economy, remains bound by its duty to help bolster employment.

At its peak, shipbuilding in South Korea accounted for more than 100,000 jobs and these mostly went to locals, unlike the situation in Singapore.

Some shipowners have thus far expressed concerns that a merger between Hyundai Heavy Industries and DSME will seriously compromise competition in gas shipbuilding.

These may weigh in on antitrust regulatory reviews of the proposed merger.

Given the larger political forces at play, it is in the interests of the Samsung Group to ward off the rumour that holds some truth. The family-controlled group may keep burning cash to keep Samsung Heavy Industries going for now.

Cansi calls on China to back domestic yards on LNG carriers