Tariffs on US crude imports will shake up VLCC market

The latest escalation of the US-China trade war will affect the tanker market because Beijing plans to levy a 5% tariff on US crude imports. Although this would have limited effect on tonne miles, it will shake up trade lanes sigificantly 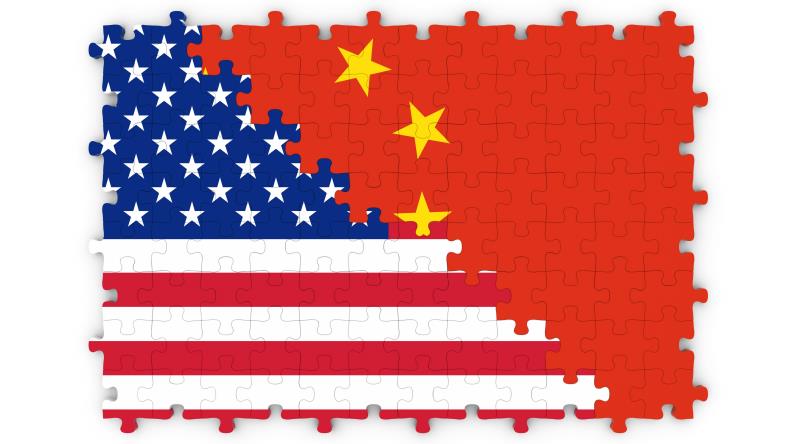 China has traditionally been the ninth largest importer of US crude, importing roughly 16.8m barrels of crude from the US each year.

THE trade dispute between China and the United States has been gradually affecting the tanker market as Beijing plans to levy 5% tariff on US crude imports.

The first set of measures announced on crude, which was exempted in the previous round of retaliatory tariffs, is part of a package of duties on $75bn a year of US exports, that will be implemented in two batches from September 1 and December 15, China State Council’s Tariff Commission said in a statement last week on the Ministry of Finance website.

Indeed, the tax will hurt domestic Chinese refining margins, reduce the competitiveness of Chinese petroleum product exports and disadvantage the Chinese energy industry ahead of the 2020 International Maritime Organization high sulphur bunker fuel phase-out deadline because US crudes are among the lightest and sweetest worldwide, Bank of America Merrill Lynch said.

For the tanker market, the trade barriers will curb US oil exports to China, putting the once-booming trade in jeopardy and shaking up trade patterns for the very large crude carrier segment.

China’s appetite for US crude oil flourished ahead of escalating trade war tensions, reaching roughly half a million barrels per day during the summer of 2018. Since then, tariff uncertainty has discouraged crude oil trade between China and the US.

At present, crude oil imports from the US account for only a small fraction of China’s total imports. According to China customs data, US crude represented less than 1% of China’s imports till the end of July of this year, and China purchased only 5% of US crude oil exports over the same period, data from US Energy Information Administration shows.

However, overall US crude exports have continued to ramp up higher, averaging just shy of 3m barrels per day in the second quarter of this year, from half that level in the first quarter of 2018, and with infrastructure bottlenecks easing as new pipelines come online, this figure is likely to continue to expand, Evercore ISI noted in its latest report.

Most of the shipments are going to other parts of Asia owing to their competitive prices, which means a small reduction in tonne-mile demand for very large crude carriers with the change in trade patterns.

What is more, the demand for US crude oil is likely to increase further as the IMO 2020 implementation date nears, offsetting some of the negative effects of China’s tariffs.

Meanwhile, Bank of America Merrill Lynch has warned that China could retaliate against US tariffs by purchasing huge amounts of oil from Iran in defiance of Washington’s sanctions against this member of the Organisation of the Petroleum Exporting Countries.

Amidst the trade war escalation, China has been fairly co-operative on Iran and Venezuela sanctions.

The state-owned China National Petroleum Corporation recently announced it would suspend loadings of Venezuelan oil, which should reduce shipments to China. Additionally, China has significantly curtailed its imports of Iranian crude.

“Tariffs on US oil stands to limit the economically viable crude oil available to China’s refining sector, making imports of Iranian crude that much more attractive,” the bank conceded.

China escalates trade dispute with new tariffs on US goods