Those arguing against a WTO Brexit ought to spend a little time at the gate of a major cargo terminal to see how well-oiled systems and intelligent people can keep the goods moving, iron out the documentary difficulties and deal with problems

Regardless of whether Britain leaves the EU on WTO terms or with a revised deal, as far as shipping is concerned we must listen to the pragmatic cargo-moving professionals for a change and not the politicians. They will be expected to keep trade moving no matter what the political backdrop 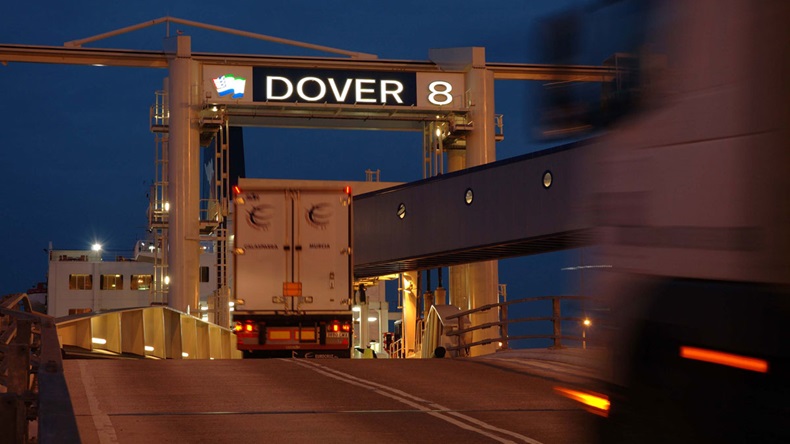 There seems no reason to believe that ports and inland freight terminals cannot deal with short-term disruptions caused by a political impasse.

WHO would you believe — a politician or bureaucrat with an axe to grind, or people whose expertise lies in maintaining the logistics chain upon which we all depend?

Nobody can deny that Brexit has been a mess, practically from that carefree day when the result of the referendum had properly sunk in, and those shell shocked Remainers were already plotting how to overturn the result.

Since then we have had one botched negotiation after another by representatives of the Theresa May government, whose aim was damage control and mitigation, pitted against a European Union determined to punish the UK for its temerity and force it to think again.

It has been the absence of goodwill that has been one of the most depressing elements of this past three wasted years. There has been no recognition that it is to the benefit of both UK and EU to retain a close and friendly trading relationship, which will damage both the 27 and the UK as little as possible.

The Brussels crew have behaved like the winning side in an armistice negotiation, dictating the terms of the UK’s surrender.

Paradoxically, they have negotiated as if they couldn’t care a fig about the harm the “no deal” exit of the world’s fifth-biggest economy will do to all those on the Continent, who currently trade with the UK. Scorched Earth comes to mind; their policy being to demonstrate to those weaker members of the club what might happen if their enthusiasm for the Project wanes.

Ask yourself — if your club treated you in such a fashion — would you recommend membership to even your worst enemy?

And now we have Project Fear being ramped up once more, the determination and buoyancy of the new UK government being countered by dissidents warning of all the frightful consequences of a “no-deal” exit on October 31, in an attempt to weaken the resolve of the Johnson government in its negotiating position.

In recent days, we have been promised lorries queued 40 miles from Dover and Calais, food shortages, civil unrest, essential medicines unavailable, terrorism on the Irish border, plagues of frogs and rising sea levels. There is a sort of air of desperation, in both the parliamentary Remainer wings and their supporters in the wider world, as their sonorous messages peal out.

Let’s not go there — it is just too depressing — but consider the realities and whether there is any reason why the UK cannot cope with whatever the outcome might be?

Of course it will be to everyone’s benefit if some sort of accord can be reached. Frictionless trade is a prize worth having, but it is also relevant to consider whose intransigence might have led to the departure of the UK, without any trading arrangements for the future.

One would like to think that in such a damaging situation, there will be those in the member states who will ask whether a less confrontational and punitive attitude on behalf of the EU negotiators might have been responsible for this unwanted outcome.

Can the ports cope with the pressures of a “no deal”?

The British Ports Association has urged the UK government to prioritise the flow of port traffic and not to introduce any new checks at the frontier. And keeping the goods on the move really must be the aim of all who operate up and down the logistics chain.

But you only have to spend a little time at the gate of a major cargo terminal to see how good systems and intelligent people can keep the goods moving, iron out the documentary difficulties and deal with problems.

Drivers who have confused their paperwork, others who seem to speak no known language, or are on very unfamiliar territory, rock up to their gates on a regular basis and are dealt with efficiently.

Ports and inland freight terminals cope with the traffic problems caused by prolonged periods of bad weather, delayed shipments and the considerable peaks and troughs of international trade flows.

It is their bread and butter, their expertise and experience and there seems no reason to believe that they cannot deal with short-term disruptions caused by a political impasse.

The same might apply to freight forwarders, who, like their colleagues in the ports, are professionals who face and deal with endless problems, with goods moving to and from every country in the world, not just from Europe.

A whole range of Brexit scenarios have been considered by all these players and there is no reason to suppose that a logistic disaster threatens. Port authorities on the Continent are similarly anxious to see a deal, but are also prepared for what the absence of the same will throw at them.

Let us listen to these pragmatic cargo-moving professionals for a change, rather than those political figures who see in every challenge an obstacle that cannot ever be defeated. The UK is leaving.

Let’s get over it and make it happen.