The world has moved on and technology has in many ways made shipping, and the service sectors that support it, location-agnostic. Cities looking to sustain their maritime business and able to provide the all-inclusive package are still in the game, but it’s a bad time to be niche, or worse, average

Heritage is best left to the tourist board. It will be the maritime cities that facilitate collaboration, connect and integrate shipping with the rest of the supply chain, technology talent, finance, logistics and adjacent sectors, that next generation shipping businesses will gravitate towards 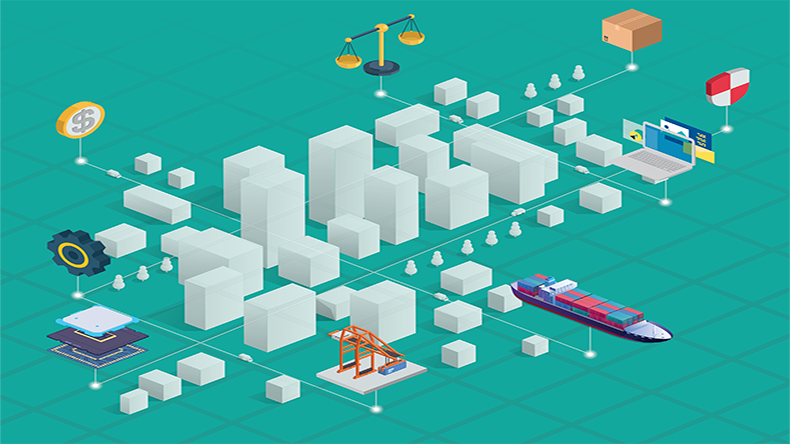 In maritime cities such as Singapore, digitalisation of the business model is evolutionary and essential with some parts inevitably automated, but it is still people who manage, lead and make it work.

ECONOMIC and political stability, shipping friendly taxation, the support of a government that understands and prioritises shipping — these are the basics of any maritime city hoping to retain existing business and attract new entrants.

But this is business as usual, surely?

The most successful maritime cities have understood that shipping is only part of the picture. 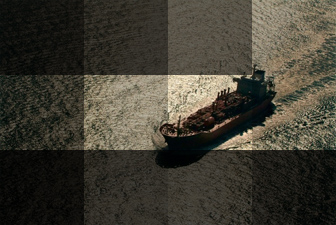 This event is complimentary to attend
Shipping's corporate veil is being pierced by ever more stringent financial and regulatory compliance requirements. Avoiding sanctions requires increasingly forensic due diligence across the supply chain to ensure security 'red flags' are not raised by international governments and agencies that now monitor every aspect of shipping's trade links
Whether you are looking to keep up to date; gain an overview of areas of growth, understand maritime digital trends or simply looking to expand your network our forum can help you
Monday 9 September | 240 Blackfriars, London | Breakfast briefing - Registration: 8.00 Start: 8.30
Register

The benefits of collaborative clusters of sectoral expertise is well understood, but those clusters overly reliant on traditional business models are struggling to compete with other sectors also seeking to attract the best companies, start-ups and most talented people.

Traditional models are being challenged and not all maritime centres are equally agile when it comes to providing a connected ecosystem that supports those shifts.

The disruptive headwinds of digitalisation, decarbonisation, regulatory and financially enforced transparency, shifting macro-economic demand and good old-fashioned outside competition, all promise to challenge the status quo for everyone.

Just as shipping’s operational business models are having to adapt to a digitalised future, the cities that support them must support change.

This is not just a question of hardware and infrastructure. The more agile shipping companies have long realised that the most successful models will be those that remove costs from the system and simplify the industry.

The game is changing for maritime cities and they need to support both the shift in industry priorities, but connect shipping to the wider integrated supply chain that is being re-invented around them.

The rise of domestic lobby groups and proliferation of “shipping week” events promising to stage an international showcase for their respective clusters have subtly changed focus over recent years.

London is a case in point. Only a few years ago the lobbying was all about supporting insurance, brokering and banking, all of which favoured London as a “centre of excellence”.

Yes, other alternatives existed and for the good times where vanilla services competed on cost alone there was a value judgement to be made. But when shipping needed expertise, as it inevitably and cyclically does, London was the place for quality and expertise that left the upstart alternatives in their shadow. Or so the pitch went.

It was reasoned that these supporting businesses not only were an important employer, but also represented a key ingredient in maintaining a strong fleet under the Red Ensign — the value of which of course can be questioned right now given the Brexit-fuelled exodus. However, to focus solely on that as an indicator is to miss the point entirely.

The world has moved on and technology has in many ways made shipping, and the service sectors that support it, location-agnostic.

London, Singapore, Dubai, Hamburg, Pireaus and New York can all legitimately lay claim to be a centre of excellence in many areas, but a lot of the work can be done on-line from any location, in any country, where the best talent for the job at hand is available.

In the increasingly digitalised environment we have moved to, the traditional advantages of specialist maritime clusters have diminished. Those able to provide the all-inclusive package of the traditional services — insurance, finance and law — while also providing a platform for innovation and joining the dots with adjacent sectors, they are still in the game.

But it is arguably only really Singapore that seems to have fully captured the future needs of the maritime industry completely, offering all things to all customers. Singapore’s focus on innovation and technology will no doubt pay off — much to the detriment of rivals.

In the ranking of cities now looking up to Singapore, there is much to be applauded, but also much to be improved. It is a bad time to be niche, or worse, average.

Perhaps the question we should be asking ourselves when we assess the relatively merits of these maritime cities is: “What would the shipping industry be missing, if ‘my’ city did not exist?”

It seems doubtful that many cities would be able to argue they have any unique benefits without which it is difficult to compete other than on the costs of doing business.

Access to talent used to be a priority, but enhanced connectivity today makes the concept of a home base something of an historical anachronism, particularly in such a globalised industry.

Talent need not even sit in the same country as the client/bank/lawyer they are dealing with and the fact that maritime week events require so much international travel from their supporting network can be taken as an indicator of the location agnostic new normal that awaits us.

That could sound dispiriting (and environmentally unsustainable) in the run up to London International Shipping Week, but it needn’t be.

If we consider the maritime city of the future a networked city, and at Lloyd’s List that is very much how we see things panning out, the focus should be on the people that are networked within it.

Any city laying claim to the title of a maritime centre of excellence must retain the clear sense of shipping community and camaraderie that today brings people together attracts talent, virtual or otherwise. Digitalisation of the business model is evolutionary and essential with some parts inevitably automated, but it is still people who manage, lead and make it work.

Those people, however, exist within a political context and it would be remiss not to consider the shifting tides on the global macro and more domestic setting to be a fundamental factor in any city’s fortunes.

Take as a case in point Shanghai versus Ningbo when considering the importance of domestic political relationships and consequential preferential treatment being bestowed on some cities by national governments.

In China, politics drives business. For all the focus and legitimate lauding of Singapore’s innovation culture, the Chinese government historically has excelled at economic pilot projects, many of which have benefited the maritime industry.

This event is complimentary to attend
Shipping’s corporate veil is being pierced by ever more stringent financial and regulatory compliance requirements. Avoiding sanctions requires increasingly forensic due diligence across the supply chain to ensure security ‘red flags’ are not raised by international governments and agencies that now monitor every aspect of shipping’s trade links
Whether you are looking to keep up to date; gain an overview of areas of growth, understand maritime digital trends or simply looking to expand your network our forum can help you
Monday 9 September | 240 Blackfriars, London | Breakfast briefing - Registration: 8.00 Start: 8.30

The specific beneficiaries have often been cities with close ties to central government and the winning port cities that have benefited significantly from preferential policies are plain to see. A quick scan of this year’s Lloyd’s List Top 100 Container ports reveals that 22 Chinese ports dominate the ranking this year, seven of them in the top 10.

The current trajectory of Hong Kong, marginalised on all fronts, speaks volumes as to the impact of political context when things work in the opposite direction.

Which brings us back to Brexit.

As London International Shipping Week looms, the B word is impossible to ignore, as much as the UK’s Department for Transport may try.

The fact that the UK Ship Register has jettisoned its growth targets, as over 30% of the fleet left in the run up to the UK’s exit from the European Union, can’t be skirted over, however much some may urge us to. Political uncertainty pervades almost every aspect of the UK maritime sector right now. But there are positives to be found and a future that could yet sustain London’s claim to leading maritime city status.

The Brexit debacle has had some unexpectedly positive side-effects for Maritime UK Inc.

For the first time in living memory, and perhaps ever, the UK government is working closely with the shipping and maritime industries to ensure that London and the UK have a long-term strategy to ensure that the British remain a world-leading maritime nation.

The strategy set out in their Maritime 2050 paper reflects close cooperation between the government and industry and sets out realistic and achievable objectives, albeit in the long term and with little specific mention of the immediate Brexit impact.

Come shipping week, we will be told that industry and government have been working closely together to ensure that the UK and London retain a strong and vibrant position in global shipping markets. That’s a credible reflection of the situation and a positive trend that can be built on.

London, like every other maritime city, that has repeatedly appeared in these industry reports, polls and commentaries, can take little for granted, but perhaps the shake up of Brexit will prove to be the catalyst required to re-focus minds on what a modern maritime city should be.

Heritage is best left to the tourist board.

Those cities that facilitate collaboration, connect and integrate shipping with the rest of the supply chain, technology talent, finance, logistics and adjacent sectors — they will be cities that next generation shipping businesses will gravitate towards. And in that respect there is everything to play for.