The US Department of Justice has requested that a new legal procedure for the detention of the vessel should be set in motion, Gibraltar’s chief minister says

UPDATED: Court rules that Grace 1 tanker seized last month is free to leave, however no movement on detention of Stena Impero detained in Iran. UK Foreign Office says: There is no comparison or linkage between Iran’s illegal seizure of, and attacks on, commercial shipping and the enforcement of EU Syria sanctions by the Government of Gibraltar. "Freedom of navigation for commercial shipping must be respected and international law upheld". 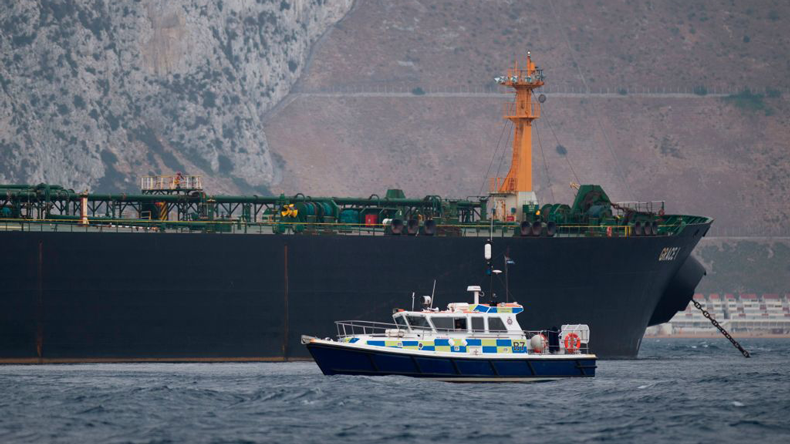 Source: Jorge Guerrero/AFP/Getty Images Grace 1 was detained on July 4 in waters off Gibraltar for reportedly trying to head to a refinery in Syria. The refinery appears on a blacklisted set of destinations outlawed by EU sanctions.

THE Iranian tanker seized by authorities in Gibraltar in an operation backed by British Royal Marines is to be released, despite a last-minute move by the US.

The detention of  Grace 1, which was stopped on July 4 on suspicion of carrying Iranian oil in contravention of European Union sanctions, triggered a standoff with Tehran.

The US Justice Department was reported to have made an attempt on Thursday to block the vessel being released.

However, Gibraltar’s supreme court ruled it could be released after the government received formal written assurances from Iran that the ship would not discharge its cargo in Syria. 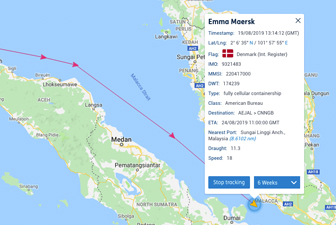 Our reliable and uncompromised vessel intelligence tool is designed to deliver the connections needed to navigate the complex global shipping landscape with ease and elevate your business to new heights. Gain access to:

“In light of the assurances we have received, there are no longer any reasonable grounds for the continued legal detention of the Grace 1 in order to ensure compliance with the EU Sanctions Regulation,” Gibraltar’s chief minister Fabian Picardo said in a statement.

“With effect from today, I have therefore revoked the specification of the vessel.”

The crew of 24 Indians has also been released, the Indian High Commission in London confirmed.

Gibraltar’s attorney general spent most of Thursday considering a US Department of Justice application to detain the ship, before ruling that the vessel could be released.

The British territory’s government had been maintaining since Tuesday that it was seeking to “de-escalate” tensions over the Grace 1, after holding meetings and exchanging a series of documents with Iran in recent days.

The resolution could herald a breakthrough in the case of the Stena Impero, the Gibraltar-flagged product tanker which was taken by the Islamic Revolutionary Guard Corps in the Strait of Hormuz on July 19 in retaliation for the detention of the Grace 1.

The immediate response from Iran came via Mohammad Javad Zarif, Iran’s foreign minister, who tweeted an official letter, stating “nothing changes the fact: detention was 100% unlawful”.

However, some Iranian officials have hinted that the Stena Impero would be released once the Grace 1 was freed, even though British officials have ruled out any barter.

A Foreign & Commonwealth Office spokesperson said: “There is no comparison or linkage between Iran’s unacceptable and illegal seizure of, and attacks on, commercial shipping vessels in the Strait of Hormuz and the enforcement of EU Syria sanctions by the Government of Gibraltar. Freedom of navigation for commercial shipping must be respected and international law upheld”.

The Grace 1, a very large crude carrier, was impounded on July 4 in a high-profile interdiction as it entered Gibraltar’s territorial waters to pick up supplies.

The tanker and its cargo of 2m barrels of Iranian crude were destined for a Syrian refinery in Baniyas, in breach of EU sanctions, the Gibraltar government said in a statement at the time.

The initial detention was later extended by the local supreme court until August 18, with the case set for a review today.

On August 5, Iran had asked for the vessel’s detention to be revoked and over the following days provided an undertaking that the ship would sail anywhere subject to EU sanctions.

“I received written assurance from the Republic of Iran that, if released, the destination of Grace 1 would not be an entity that is subject to European Union sanctions,” Mr Ricardo said.

“This is an important material change in the destination of the vessel and the beneficiary of its cargo.

Iran has reflagged the vessel under the Iranian flag and reinsured the vessel, which now appears to be owned by the country’s national oil company, the chief minister said.

Flag state Panama and classification society Lloyd’s Register had revoked Grace 1 registrations on May 30 on the basis of its Iranian cargo and connections.

The Gibraltar government confirmed that the US Department of Justice had made “a number of allegations that are now being considered” in order to seize the Grace 1.

But it was immediately unclear how these would be dealt with and whether they would prevent the vessel leaving Gibraltar waters in coming hours.

The US bid to further detain the tanker was a matter for independent Mutual Legal Assistance authorities, Mr Ricardo said.

These would make “an objective, legal determination of that request for separate proceedings,” he added.

The end of the dispute was welcomed by Erik Hanell, the president and chief executive of Stena Bulk the owner of the Stena Impero.

“Our concerns and priority remain with the welfare of our valued seafarers on board the Stena Impero and the release of crew and ship, detained since July 19,’’ he said in a statement. ``Any event which contributes in any way to this objective must be viewed as positive.”