Box volumes are continuing to grow, despite increased trade tensions. But the teu multiplier effect that has boosted box volumes for decades is set to disappear this year. This follows years of steady decline that originate with the global financial crisis of 2008

The ongoing Sino-US trade war has in fact failed to bring down overall container volumes. However, the growth outlook for container throughput has been revised down. The steady slide in growth has been observable ever since the 2008 global financial crisis left its legacy 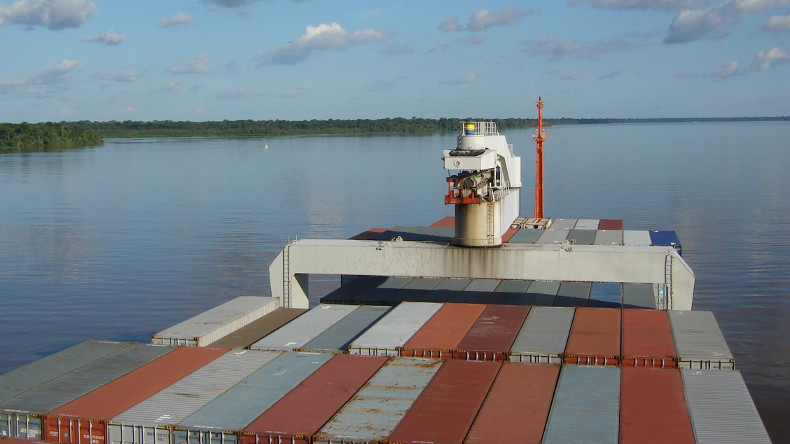 Container volume growth will continue to slow this year. This slowdown in growth has been observable ever since the 2008 global financial crisis.

BOX volumes are still set to grow this year, despite the escalating trade war between China and the US, according to forecasts from Alphaliner, which has revised its growth outlook from 3.5% down to 2.5%.

The downgrade follows the International Monetary Fund’s July update of its World Economic Outlook, which downgraded global gross domestic product growth from 3.3% to 3.2%, with a related decline in trade volume growth from 3.4% to 2.5%.

But Alphaliner said container throughput remained resilient in the second quarter of 2019, with global ports recording a 2.8% increase in volumes in the period from April to June.

“The preliminary growth rate was slightly above the first quarter’s rate of 2.7%, as the ongoing Sino-US trade war failed to bring down overall container volumes,” Alphaliner said.

By Linton Nightingale 29 Jul 2019 Volumes among the top 100 ports rose by an average of 4.8% last year, softening slightly on the previous year's 6% growth figure Read the full article here

Nevertheless, volume growth at Chinese ports slowed to 3.5% in the second quarter, down from 4.2% in the first quarter, Alphaliner noted.

North American volumes growth also slowed to 2.9% in the second quarter, down from the 4.7% growth in the previous quarter.

Alphaliner also warned that the “teu multiplier”, the factor by which container volumes increase more than GDP growth, was continuing to fall. Historically, carriers could rely on a teu multiplier of 3.4 during the 1990s and 2.6 in the early years of this century.

But since the financial crisis in 2008, that had fallen to 1.4, and could slip to parity this year.

“The escalating trade tensions will have a negative impact on container volumes, with the teu-to-GDP growth multiplier expected to fall to less than one in 2019,” Alphaliner said.