On this week’s podcast we’re taking another look at the latest developments for shipping in the Strait of Hormuz and examining Lloyd’s List’s latest analysis of the Top 100 box ports. British tankers may no longer subject to price discrimination on war risk insurance for trips to the Gulf, provided they are under naval escort when transiting the Strait of Hormuz, but that suggests a level of stability in the region that doesn’t yet exist. Despite the increasingly undiplomatic diplomacy, shipping still looks to be caught in the middle of a macro turf war with few good options left open 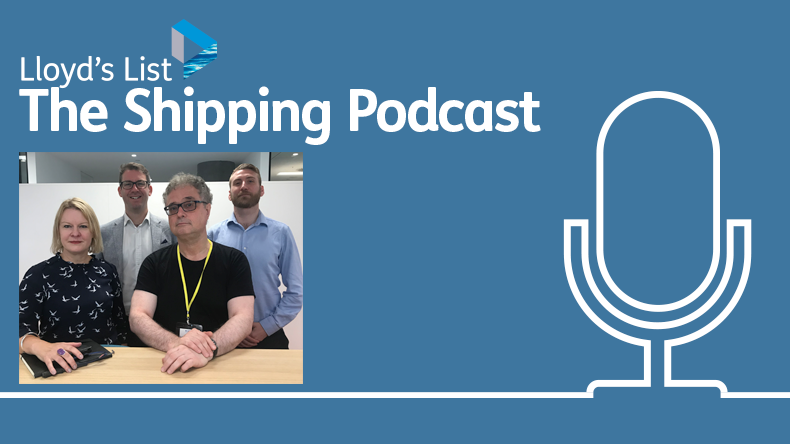 THE crews of the Stena Impero and Grace 1 are no closer to being released after a week that yielded little diplomatic progress but some colour on how shipping is adapting to the greater risks of transit through the Strait of Hormuz.

“It’s pretty intense out there,” says the commanding officer of the Royal Navy frigate that’s spent the past month there, with 85 “interactions” with Iranians on the water.

Meanwhile, insurance rates have spiked, and chances of a standalone European-led military patrol to escort merchant shipping are diminishing. Instead, talks this week signalled the likelihood of the UK and other European and Asia countries joining forces with the US.

Joining Lloyd’s List Editor Richard Meade to discuss all the latest development in the Gulf and beyond this week are Lloyd’s List journalists Michelle Wiese Bockmann and David Osler.

We also have Intelligence editor Linton Nightingale joining us on the podcast this week. He has been busy putting together our annual One Hundred Ports supplement — regularly one of Lloyd’s List’s most read pieces of content each year — and he provides an overview of how the élite container ports performed in 2018, as well as details on how subscribers can get their teeth into the rankings.

Don’t forget, you can now subscribe to the Lloyd’s List Podcast via iTunes and Spotify, as well as most other podcast providers. And make sure you are registered for a free account on Lloydslist.com so you can receive our Daily Briefing e-mail