Freeports are not the silver bullet to turbocharge UK trade

Freeports can provide economic boosts by avoiding taxes and duties. But their establishment could lead to some ports having an unfair advantage over rivals

While industry has generally welcomed the government’s additional focus on how ports can further support national and regional economies, the freeport model is not without problems and in no way a quick fix to turbocharge the economy. The freeport model is generally associated with developing economies, where governments will forego taxes and duties in favour of economic development and investment. 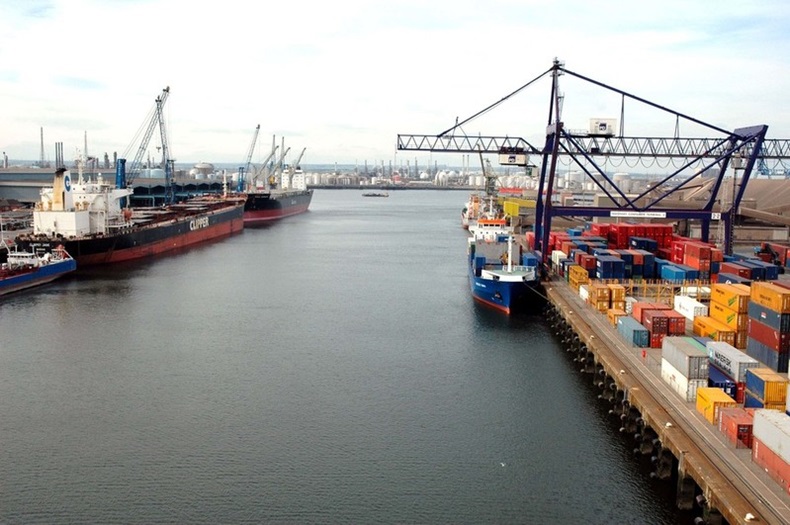 Teesport is one of the ports seeking freeport status.

THE UK government’s plans to create up to 10 freeports to boost trade after Britain leaves the European Union have received a mixed response from industry figures who warn that the freeport model is not the silver bullet being trumpeted by some.

The UK’s Department for International Trade launched the plans on Friday, having been heavily trailed by the UK prime minister Boris Johnson during his successful campaign for the Conservative Party leadership.

Mr Johnson’s view is that the new customs-free zones will “turbocharge” growth and ensure towns and cities across the UK benefit from a Brexit trade boost.

Launching the plans in Teesport, an area that has been advocating freeport status as a means of bringing investment and jobs to the region, international trade secretary Liz Truss said on Friday that freeports were expected to transform the UK’s ports and airports after the UK leaves the EU on October 31.

UK freeports plan would have been feasible within the EU

The EU is not set against the free zones, despite what those around UK prime minister Boris Johnson may have argued, says Clecat, the European association for forwarding, transport, logistics and customs services. It is still possible — it’s simply that the concept is not popular

Industry experts have warned, however, that the freeport model is no quick fix to the UK’s trade plans and implementing freeports successfully will require time, collaboration and careful planning.

Under the plans, a freeport would sit outside national customs arrangements and can import and export goods without taxes or duties, as if they had not entered into UK territory.

The premise behind freeports is that they encourage companies to manufacture in a location, as they can avoid import duties on parts and supplies, and tariffs on exported goods.

This will be critical for companies wishing to trade with Europe, particularly if the UK leaves without a trade deal in place.

Normally, however, they are associated with developing economies, where governments will forego taxes and duties in favour of economic development and investment, and for the employment opportunities freeports generate.

A case in point is the industrial free zone at Tanger Med in Morocco. As part of the government’s development plan for the port, a customs-free zone was established to encourage manufacturing into the region.

Not only has this driven volume growth at the port’s terminals, but it has seen the establishment of industries that would not otherwise have developed in Morocco.

Tanger Med’s industrial zone has created 70,000 jobs in skilled and semi-skilled roles in the aeronautics, automotive, electronics and agribusiness sectors as companies use the region as a manufacturing hub for exports, the value of which reached $8.3bn in 2018.

Not everyone is enamoured of the freeport concept, however. Last week, European justice commissioner Věra Jourová described freeports as a “new emerging threat” that was “potentially vulnerable to money laundering or terrorism financing”.

The British Ports Association has given the announcement a cautious welcome, but is also developing its own Port Enterprise and Development Zones concept.

“We are pleased that ministers recognise the vital economic role that ports play and we are keen to explore with the government how this can be boosted further,” said BPA chief executive Richard Ballantyne. “We also welcome additional focus on how ports can further support national and regional economies.”

But many of the benefits of a traditional freeport could be achieved in the UK through existing processes, he added.

“We look forward to working with government on how a UK-specific model can boost sustainable development in and around ports and add real value,” Mr Ballantyne said.

The British Ports Association is working with ports and airports on ambitious complementary proposals for that would support economic activity across a much wider range of ports all across the UK.

“These proposals contain a series of recommendations around planning, enterprise and the tax system that could be incorporated into or sit alongside a UK freeport model,” Mr Ballantyne said. “As well as Teesport, ports like Milford Haven and Tyne are at an advanced stage in looking at such options.”

While the potential selection of 10 freeport sites could be transformational for some locations, there would need to be some balance to ensure that ports that do not have that status are not disadvantaged, Mr Ballantyne said.

“Having freeport status could be a beneficial marketing asset which helps attract inward investment and the government will need to satisfy itself that this is not at the expense of other UK locations,” he said.

UK Major Ports Group chief executive Tim Morris, who has been appointed to the advisory panel, said freeports were a “potentially transformational opportunity for locations with the right conditions and strong local support”.

“They have proved to be successful in stimulating investment and jobs in a range of locations around the world,” Mr Morris said. “We welcome the Government’s call for free port proposals. It’s the right thing to do to open the opportunity to all and let the strongest bids come through.”

The UKMPG, which represents the UK’s largest port operators, said its role on the panel would help in its work improving conditions for development to boost investment, jobs and prosperity in coastal communities.

In an open letter to Boris Johnson, Maritime UK chairman Harry Theochari said that while freeports had proved to be successful in stimulating investment and jobs in a range of locations around the world, they were not a “silver bullet” for all locations nor the only way of boosting the UK’s main global gateways.

“They are one of a range of measures which would improve productivity and trade in and around the UK’s ports, adding more value to the UK and local economies,” Mr Theochari wrote. “Free ports are one part of a broader package of reforms to development rules that industry has put forward to boost investment in coastal communities. Improved connectivity for ports is critical to realising the benefits from this investment for the rest of the UK.”

These “modest changes” would unlock an additional £100m ($121m) of private investments by ports each year, he added.

“As well as investing more of its own money, the sector is rolling out a network of Maritime UK regional maritime clusters to foster collaboration amongst business, academia and local government in the UK’s maritime regions,” Mr Theochari said. “Based on the Mersey maritime model, these clusters will help regions to build upon their unique strengths, develop skills, attract investment, drive growth, and create jobs.”

The new freeport plan will have industry guidance, in the form of a new Freeports Advisory Board established by the Department for International Trade.

The board will include ministers from the Department for International Trade and the Treasury, as well as experts including technology adviser Daniel Korski, small-business champion Emma Jones MBE, tax specialist Tom Clougherty and economist Eamonn Butler.