Having tried to make provision for Brexit back-up ferry capacity before the original departure date of March 29, the UK government is back in the market for such ferry services. Taxpayer cash is on the table for infrastructure upgrades at ports, as part of a £2.1bn package to prepare Britain for leaving the European Union on WTO terms 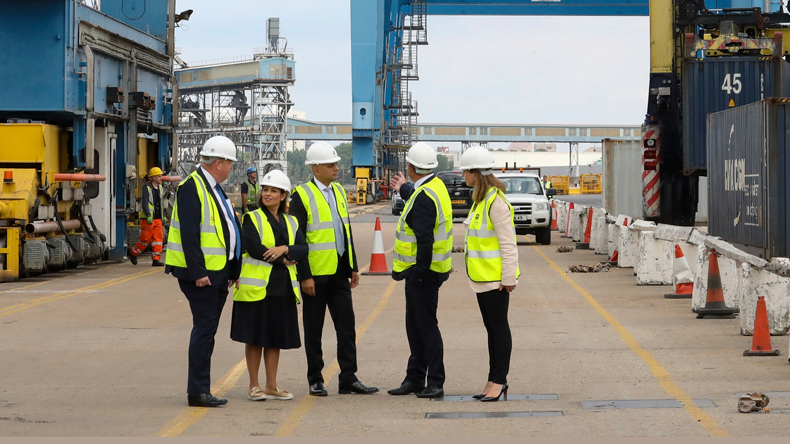 THE UK government is back in the market for Brexit back-up ferry capacity, and money is on the table for infrastructure upgrades at ports, as part of a £2.1bn ($2.5bn) package to prepare Britain for leaving the European Union without a deal.

The plans, which were unveiled Monday, also include funds to pay for more border force officers, and measures to ease traffic congestion in the hinterland of top ro-ro port Dover.

Medicines will be stockpiled to ensure continued supplies, and there will be a national programme to help businesses, accompanied by a major awareness advertising campaign.

Earlier attempts to procure additional ferry capacity collapsed in a welter of widespread public derision and costly litigation earlier this year, at a cost to the taxpayer of more than £80m.

Ferry operators wishing to bid for the reissued contracts are being invited to tender online.

The British Ports Association welcomed the injection of additional resources, but reiterated its position that a Brexit on World Trade Organisation terms would cause needless disruption at key trading gateways, and send shudders through the British economy.

“We therefore urge both the new UK government and EU leaders to continue to prioritise frictionless trade in their negotiations,” said BPA chief executive Richard Ballantyne.

“The new funding should complement the previously announced temporary mitigations, which hopefully will mean that in the short term, freight is not held up entering the UK and not held up at ports.”

Some of the funding should go to cover border facilities and systems required at key ro-ro ports, he added, and the BPA has written to chancellor Sajid Javid to make this case.

Tim Morris, chief executive of the UK Major Ports Group, said: “Ports are working very closely and at pace with the government to identify further opportunities to improve Brexit resilience.

“We must all be realistic about how much physical change is possible between now and October, but major ports will do their utmost to further extend preparations.”

Critics have pointed out out that no British government will have full control of the knock-on effects from a WTO Brexit, with much depending on whether the French authorities enforce full customs and health checks on lorries heading for UK.

In addition, many smaller British companies involved in trade have yet to sign up to the most basic customs registration that will be mandatory if they wish to continue buying from or selling to the EU.

The Freight Transport Association has been a voiciferous critic of the government’s Brexit preparations, and deputy chief executive James Hookham dismissed the package announced today as “a damp squib”.

The measures fall “well short of what will be required to ensure that all those organisations which currently trade with the EU will be able to continue operating smoothly and efficiently in the event that the UK leaves the EU without a deal,” he opined.

“The allowances announced may enable the government to say they have helped business, but the reality once again leaves logistics operators carrying the burden of adapting to and adopting new operating procedures at the last minute … and potentially carrying the can for a lack of government planning.”

Media reports suggest that the money to fund ferry contracts will form part of a £434m budget allocated to ensure unimpeded supplies of medicine, with the balance being spent on warehouse space to enable stockpiling.

Earlier ferry contracts with DFDS, Brittany and Seaborne Freight — a no-ship start up that cut-and-pasted the terms and conditions on its website from a pizza delivery company — had to be cancelled after Brexit was delayed from the originally intended date of 29 March.

In addition, Eurotunnel reached a £33m out of court settlement with the Department for Transport, arguing that it had unfairly been carved out of the tendering process.

That prompted P&O Ferries to sue, on the grounds that it was disadvantaged by the Eurotunnel settlement. A hearing has been set for November 16.

Asked whether his company planned to bid for the re-opened tender, Seaborne Freight chief executive Ben Sharp, said simply: “No, we do not, and we will not be doing so.”

Some £344m will be devoted to border and customs preparations, including the hire of 500 more border force personnel and a doubling of support for customs agents to assist companies in filling in customs declarations.

Mr Javid today visited the Forth Ports-owned Port of Tilbury, including its new Tilbury2 terminal, accompanied by the new home secretary Priti Patel.

Tilbury2 is currently under construction on a site that was part of the former Tilbury Power Station.

Once operational, in spring 2020, it will become what is claimed to be the UK’s largest unaccompanied ferry port, operated by P&O Ferries. It will also be Britain’s biggest construction processing hub, with “Authorised Economic Operator” trusted trader status.

UK ports want Brexit customs measures extended across the board