The Lloyd’s List Podcast: Why the bulk bull run could last to 2021

Dry bulk spot markets are verging upon the strongest levels witnessed in a decade, while capesize bulker earnings have soared to the highest level in 14 years. But how long can this last? Joining the Lloyd’s List podcast this week to discuss the outlook for dry bulk markets is John Michael Radziwill, the chairman and chief executive at C Transport Maritime. He thinks this is a market that could last for the next 18-24 months. ‘You’ve been waiting for this and this is your time,’ he tells fellow dry bulk owners. ‘Grab every cent out of every cargo. And whatever you do — don’t order any newbuilds’ 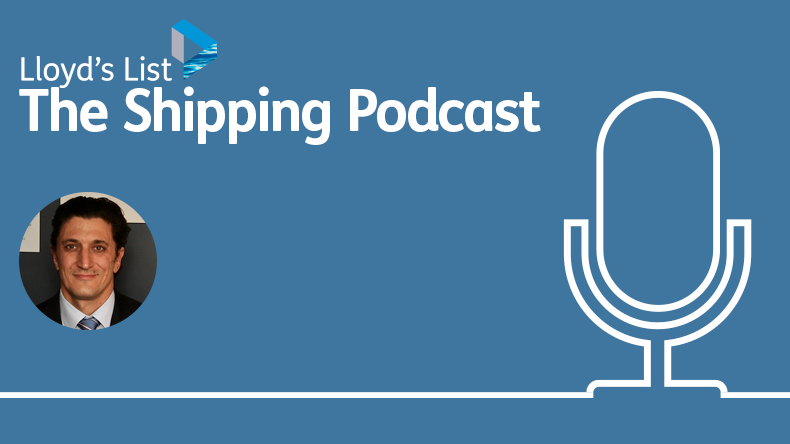 “CAPESIZES are very dangerous and getting more dangerous. You lose a lot of money and you will not make a lot of money unless you speculate a lot,” Philippe Louis-Dreyfus, chairman Louis Dreyfus Armateurs, told audiences at the last Posidonia in June 2018.

Sitting on stage next to him and loudly disagreeing with such negative forecasts was John Michael Radziwill, the ebullient chairman and chief executive at C Transport Maritime. “You don’t want to be defensive. You want to be aggressive. You want to be in the ship type that makes the most money when the tide turns, and that is capes,” he said at the time.

Two years on, he joins the Lloyd’s List Podcast amid some of the best market conditions for dry bulk seen in the past decade and at the height of a capsize bull run that seen rates hit 14-year highs and the bullish sentiment in the capesize sector reverberate to smaller vessel segments.

None of this has come out of the blue of course. Last year, capes were doing rather well, and owners were very bullish about this year. But then Vale’s Brumadinho tailings dam collapsed in January, forcing them to curtail some 93m tonnes of iron ore, and capesize rates tanked to just $3,000 per day, well below operating costs. Combined with that, diminished iron ore supply from Australia due to bad weather hit mines, leading to an unhappy picture for the market.

And then, in the past few weeks, Vale announced the start of one of its shuttered mines — the Brucutu mine — which will add 30m tonnes to iron ore supply out of Brazil. That is one of the reasons why rates are moving up. In addition, supplies from South Africa continue to fill the Vale void. The Atlantic market is seeing a shortage of ships and earnings are being quoted above $30,000 per day.

Capacity also remains tight as vessels are being taken out of service for scrubber installations, leading to less available tonnage for the spot market. But that will change this autumn as vessels being retrofitted to meet new emissions rules return to service.

And then there’s the temptation for owners eyeing soaring earnings to hit the speed-dial to the yards and start ordering.

So where does that leave us — bulk bubble or sustainable bull run?

According to Mr Radziwill the future still looks bright.

“I think we have a clear line of sight into a very good market for the next 18-24 months,” he tells Richard Meade in this week’s edition of the Lloyd’s List podcast.

“You’ve been waiting for this and this is your time,” he tells fellow dry bulk owners. “Grab every cent out of every cargo. And don’t order any newbuilds.”