This is an international problem that requires an international solution, argues UK Chamber of Shipping as UN Security Council is advised that ‘it is unacceptable and highly escalatory to threaten shipping going about its legitimate business through internationally recognised transit corridors’ 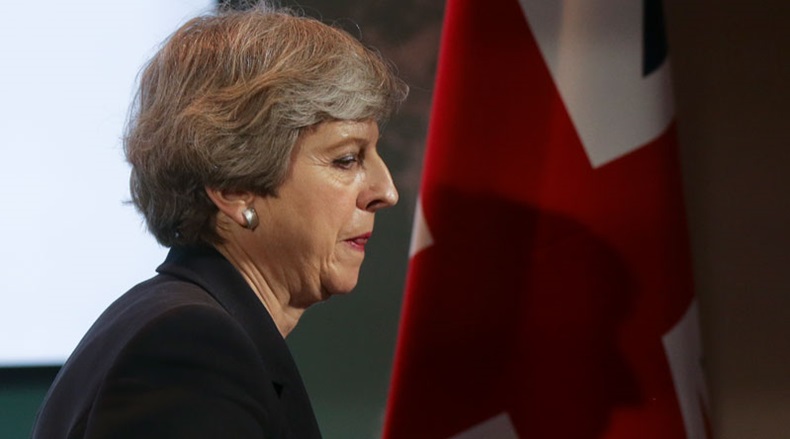 Theresa May is to chair a meeting of the emergency response committee Cobra on Monday to discuss Britain's next moves in the Middle East Gulf tanker crisis.

THE UK government will reveal plans to tighten maritime security in the Strait of Hormuz Monday following an emergency response Cobra committee meeting scheduled for 10:30am that will be chaired by prime minister Theresa May.

The precise nature of the UK response, however, is yet to be revealed to shipping industry officials who remain deeply concerned that UK vessels, which have been advised to avoid the region after the threat level was raised to 'critical' for UK ships in Iranian waters, are now either effectively barred from trading or a sitting target for Iranian forces.

While some media reports claim that Mr Hunt will use a Commons statement on Monday to announce a package of diplomatic and economic measures, including possible asset freezes, industry sources suggest that it will likely entail a more multi-national diplomatic response.

The UK has accused Iran of “unacceptable and highly escalatory” action, in a letter to the president of the United Nations Security Council.

“Current tensions are extremely concerning, and our priority is to de-escalate,” the letter stated.

“We do not seek confrontation with Iran. But it is unacceptable and highly escalatory to threaten shipping going about its legitimate business through internationally recognised transit corridors”. 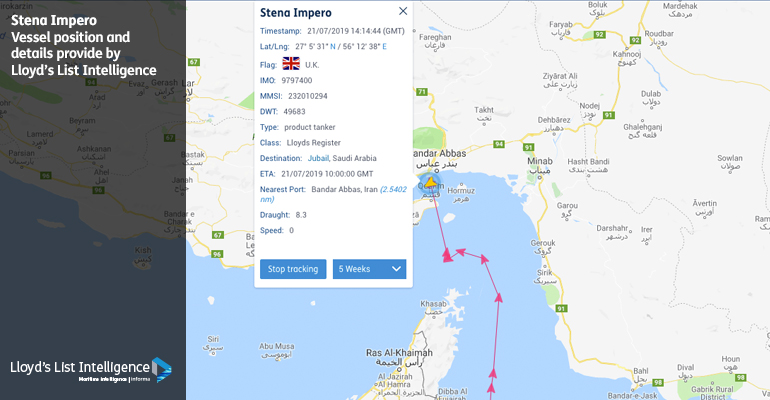 Stena Impero is currently being held by the Iranian authorities at anchor just off Bandar Abbas. The 23 crew members, who are Indian, Russian, Latvian and Filipino, have now been taken off the ship for “questioning”, Iran's Press TV has reported.

UK shipping in the region has all but halted after the UK Department for Transport requested all British-flagged ships to avoid the Strait of Hormuz until further notice.

There are eight UK-flagged vessels over 10,000 dwt in the Persian Gulf, all currently anchored. These include four chemical tankers, a liquefied petroleum gas carrier, a naval auxiliary vessel, one containership, and one general cargo ship with container capacity. There are no UK-flagged ships heading for the Middle East Gulf. 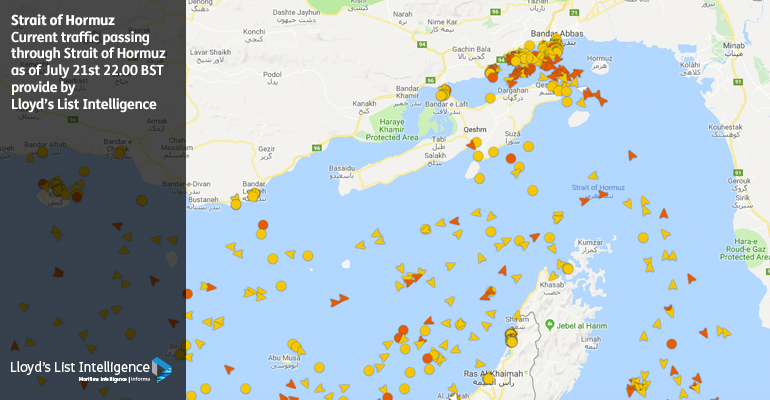 While the UK authorities are liaising closely with all UK-flagged owners it remains an open question as to how long these vessels will be able to remain in the UK ship register if the security threat continues to impede trading.

“We are working closely with [the government] on restoring confidence and security among the shipping community so that trade can continue to flow freely through the region over the coming days,” Bob Sanguinetti, chief executive of the UK Chamber of Shipping told Lloyd’s List Sunday evening.

While Mr Sanguinetti declined to speculate about the details of the UK’s security response or whether the current deployment of naval assets was sufficient, he argued that the shipping community needs to be reassured by the presence of adequate support to guarantee their safety and security.

“We mustn’t forget that, looking beyond the specific incident, Iranian activity in the past two months has had an impact on the interests of over 20 countries — this is an international problem. It requires an international solution.

“The principle of ‘freedom of navigation’ is at risk here — it requires an international reaction and solution to ensure this doesn’t set a precedent,” said Mr Sanguinetti.

“This really is the backbone of globalization.” As tensions soar in the #StraitofHormuz, @BeckyCNN takes a look at the complex world of maritime shipping with @Lloydslisted. #StenaImpero #Grace1 pic.twitter.com/fRn2SJ75cu 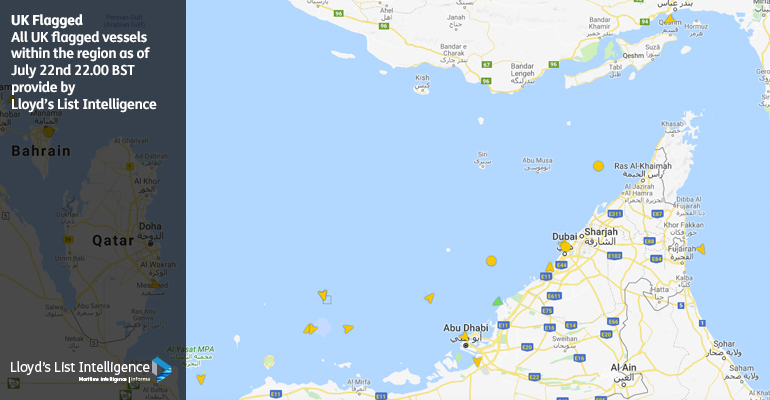 UK-flagged shipping has all but halted in the region after the UK government raised its International Ship and Port Security (ISPS) code security level on the Strait of Hormuz to Level 3 with immediate effect on July 19. DfT requested all British flagged ships to avoid the Strait of Hormuz for an interim period until further notice. 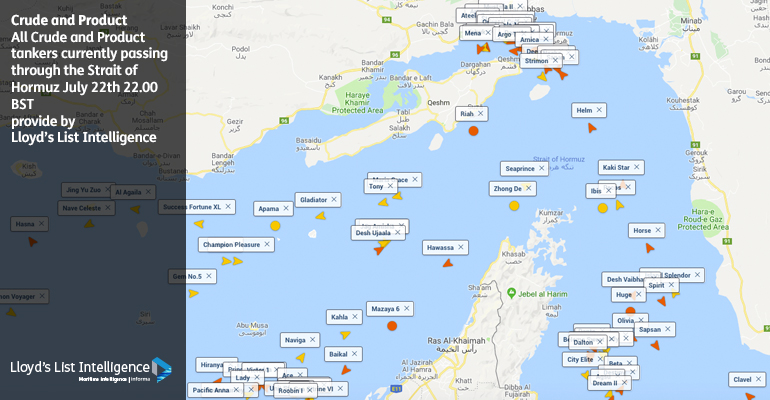