An unidentified vessel and its 12 crew were reported to have been intercepted south of Larak Island. An Iranian news video clip released later appears to show the vessel is the Riah

Iranian state TV said a foreign vessel trying to smuggle 1m litres of fuel has been seized. ‘The vessel that Iran towed to its waters after receiving a distress call, was later seized with the order from the court as we found out that it was smuggling fuel,’ it said, citing a Revolutionary Guards statement 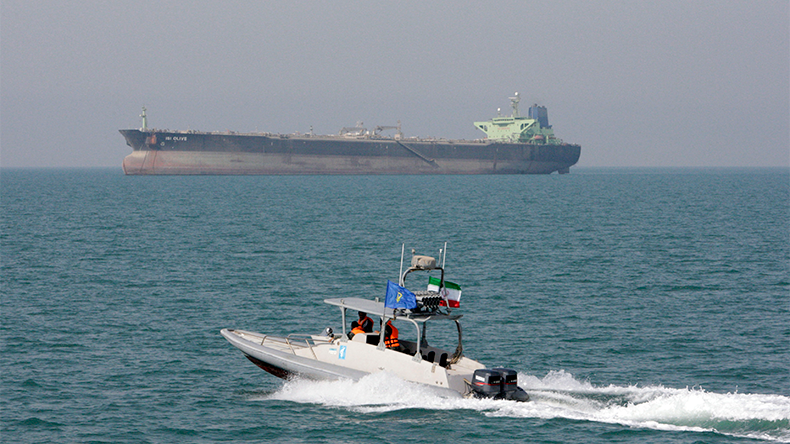 The Revolutionary Guard patrols the waters around Iran in small, nimble boats.
Advertisement