UK foreign secretary Jeremy Hunt has said the tanker Grace 1 detained by Royal Marines off Gibraltar last week could be released, if the UK is given guarantees from Iran that the oil will not head for sanctioned Syria 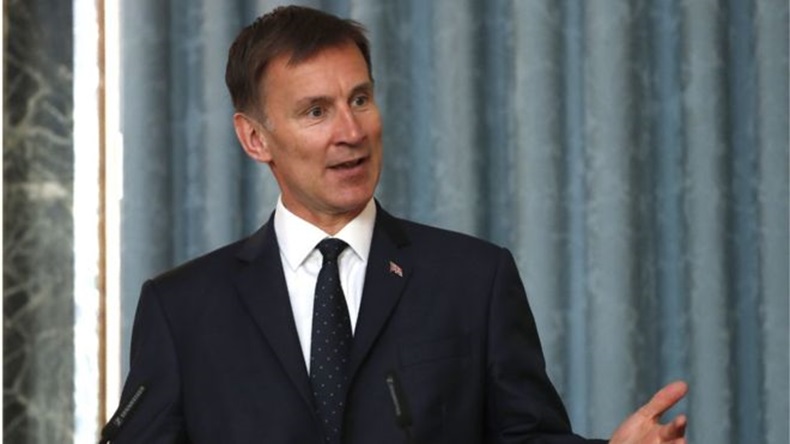 Source: AP Mr Hunt said he reassured Iranian Foreign Minister Mohammad Javad Zarif that ‘our concern has always been destination, not origin of the oil’ and that the UK would facilitate release ‘if we received sufficient guarantees that it would not be going to Syria’.

THE UK government is prepared to release the seized Iranian tanker Grace 1 if Tehran can guarantee the vessel and its cargo will not head to Syria.

British foreign secretary Jeremy Hunt told his Iranian counterpart at the weekend that the vessel’s detention “related to the destination of the vessel, and not to its origin”.

The diplomatic distinction, which seeks to highlight the difference between Britain's policy approach to Iran and that of the US, is seen as an attempt to de-escalate tensions and the threat to UK shipping.

The tanker, seized on July 4 by British Royal Marines off the coast of the British Mediterranean territory of Gibraltar, was suspected of breaking European Union sanctions against Syria.

The vessel was carrying Iranian crude and was headed to a sanctioned Syrian refinery.

European countries do not have sanctions against Iran, but have had them in place against Iran’s ally Syria since 2011.

In a statement issued on Saturday, Mr Hunt said he had explained to Iranian foreign minister Mohammad Javad Zarif that “this was about the enforcement of EU Syria sanctions: action was taken because of where the oil was going — a sanctioned Syrian entity — not because it was from Iran”.

A statement on the Iranian foreign ministry website said Mr Zarif told Mr Hunt during the call that Britain should quickly release the tanker.

In the telephone conversation, the Iranian foreign minister highlighted what Iran’s foreign ministry described as the illegality of the US oil sanctions, saying, “the Islamic Republic of Iran will keep exporting oil under any circumstances”.

Despite the defiant rhetoric, the Gibraltar government is now preparing the legal proceedings that would ultimately see Grace 1 released “to a rightful claimant” if they were satisfied that they had received guarantees it would not be going to Syria.

No timeline was given on July 13 for the process and as of Monday July 15, Grace 1 remains detained in Gibraltar.

The captain, chief officer and two second officers of the Grace 1 had all been arrested last week by the Gibraltar Police investigating the alleged sanctions breach, however all four were conditionally bailed without charge on Saturday prior to the diplomatic phone call.

According to a statement issued by Royal Gibraltar Police the investigation is still ongoing.

US warns China to abide by Iran sanctions