Shipping companies are asked by authorities in Beijing to increase the security level on ships transiting the Strait of Malacca, one of the world’s busiest waterways. Cosco Shipping’s tanker unit has warned its staff about possible attacks from some Indonesian gangs

‘The raising of the threat level for Chinese-flagged vessels has been unexpected, particularly as the regional dynamics within and surrounding the Malacca Strait are stable’ — maritime security intelligence company Dryad Global 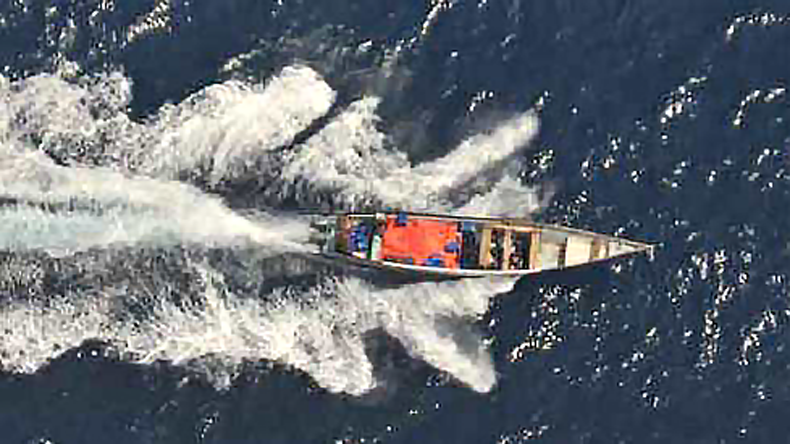 Piracy and sea robbery incidents in the Strait of Malacca and Singapore straits dropped by 92% in 2015-2018, according to the Information Fusion Centre.

BEIJING has raised the security level on Chinese-flagged vessels transiting the Straits of Malacca, according to documents seen by Lloyd’s List.

Shipping companies have been advised to implement Security Level 3 — the highest state of alertness under the International Ship and Port Facility Security Code — effective from 2200hrs local time July 2, the Ministry of Transport said in a notification.

An increase to Security Level 3 is an exceptional measure applied only when there is credible information that a security incident is probable or imminent.

The ministry did not specify the reasons behind the increased alert level.

An internal email alert from Cosco Shipping Energy Transportation suggested the threat was from Indonesian parties.

The oil and gas shipping unit of state conglomerate China Cosco Shipping Group said it received information that “a certain Indonesian organisation is preparing to attack Chinese ships when passing through the Strait of Malacca”.

The email was delivered at 1719hrs local time on July 2, when the Shanghai-based company was moving up to Security Level 2 for its vessels.

About a quarter of global trade is shipped through the Strait of Malacca, one of the busiest waterways in the world.

Situated between the Malay Peninsula and the Indonesian island of Sumatra, it is also a strategically important choke point for Chinese oil imports from the Middle East Gulf region.

Piracy has long been a threat to vessels plying the narrow, 900 km-long stretch of water, although the number of incidents appears to have dropped significantly in recent years.

There had been a 92% decrease in piracy and sea robbery incidents in the Strait of Malacca and Singapore in 2015-2018, according to a recent report by the Information Fusion Centre, a multi-national maritime security information centre based in Singapore.

“The raising of the threat level for Chinese-flagged vessels has been unexpected, particularly as the regional dynamics within and surrounding the Malacca Strait are stable” Dryad said in a statement.

“Within the region, the nature of piracy has often been low level, and has involved the boarding of small barge craft for items such as scrap metal. It would therefore be a dramatic escalation were a Chinese vessel to be targeted, and there is currently no reporting to indicate that local groups involved in piracy possess the intent or capability to employ a new MO in this manner.’’

The group said the last significant incident within the region was the Johor Port dispute between Malaysia and Singapore.

“However, there are no significant geopolitical tensions which would link logically with the increased Chinese threat level,’’ it said.

Dryad said “there are no regional narratives or emerging threats which would support the Chinese decision’’ and that “it is likely that China is reacting to a specific threat known only to China.’’

According to Lloyd’s List Intelligence data, 80 out of the 135 active ships owned/operated by CEST are flying the Chinese flag, including 13 of 41 very large crude carriers. Of the 80 ships, 53 are larger than 50,000 dwt.

Some VLCCs plying from South America or Africa to east Asia choose to transit via the Sunda Strait between Java and Sumatra instead.

The move by the Chinese ministry would have limited immediate impact on freight rates as the number of China-flagged ships serving international trade is relatively small, said brokerage sources.

However, rates might start to increase if the tensions heighten and more vessels are forced to make a detour.

Seafarers released off Nigeria after abduction

War risk clauses do not apply in the Middle East Gulf, but they soon might