Industry still lagging behind on digital standardisation and data sharing

Lack of progress is impeding the industry’s ability to take advantage of digitalisation in the same way that other sectors have, argued speakers at the Lloyd's List Innovation Forum held as part of Nor-Shipping in Oslo on Monday 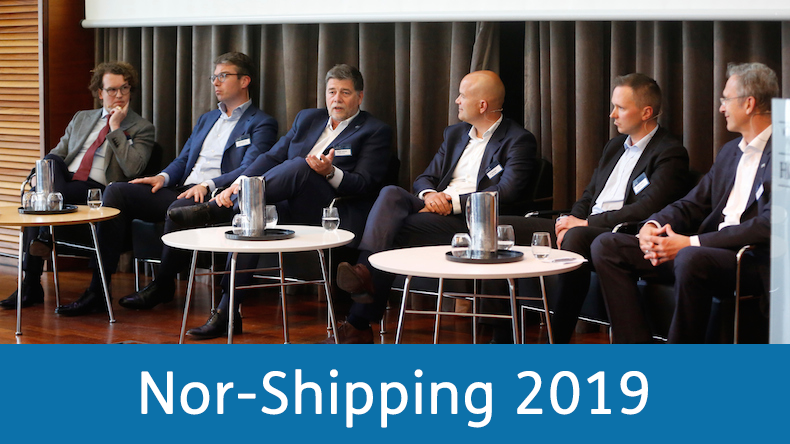 The panellists at the Lloyd's List Innovation Forum in Oslo.

THE maritime industry is not moving fast enough to standardise digital tools or sharing information, business leaders argued in Oslo.

Lack of progress is impeding the industry’s ability to take advantage of digitalisation in the same way that other sectors have, argued speakers at the Lloyd's List Innovation Forum held as part of Nor-Shipping in Oslo on Monday.

According to Inmarsat maritime president Ronald Spithout the satellite communications giant has seen a relatively recent uptick in data volumes from clients, now doubling every six months, implying increased digitalisation activity. However, he argued that a lack of standardisation across the industry was resulting in siloed projects and duplication of effort that is limiting the effectiveness of innovation.

Mr Spithout said he sees examples across the industry where the simple process of getting data or simple sensor information results in them "reinventing the wheel every time".

"Even on the same vessels, there can be three or four different systems that are all proprietary - that only leads to more costs and large IT departments,” he continued.

Despite the fragmentation, companies have done little, if anything, to standardise digital tools, platforms  systems with the notable exception on the container sector where progress is finally being made.

Some of the largest carriers in the world launched earlier this year the Digital Container Shipping Association, an non-profit body meant to help create digital standards and enable the adoption of technology in the containership sector.

Raa Labs chief executive Ari Marjamaa observed that sharing information on the data generated by vessels that can be valuable to all is also a crucial enabler of actually translating that data into something useful for the business.

But it is also another of those crucial steps that most in the industry appear unwilling to take.

“To be quite honest 90% of the data is very technical, not commercially sensitive or business critical at all. Why not put it out in the open so everyone can benefit from it,” he argued.

ABB marine and ports digital solutions senior vice president Mikko Lepistö argued that while shipping has traditionally worked in silos, he has lately seen the development of more ecosystems and companies communicating among each other as the realisation has kicked in that innovation comes best through combination of different competences.

Companies should be less protective of certain data, such as vessel speed, he argued, which could offer useful insight to the industry.

“Who knows what kind of innovations there could be if some start up could also get their hands onto that kind of data,” he said.