The entire Chinese domestic shipping emission control area, which now covers almost all of the country’s territorial waters, might become subject to the ban on the discharge of wash water from open-loop scrubbers

Local maritime authorities are conducting research to further assess the environmental impact of the devices, with a focus on the concentration of poly-cyclic aromatic hydrocarbons from wash water 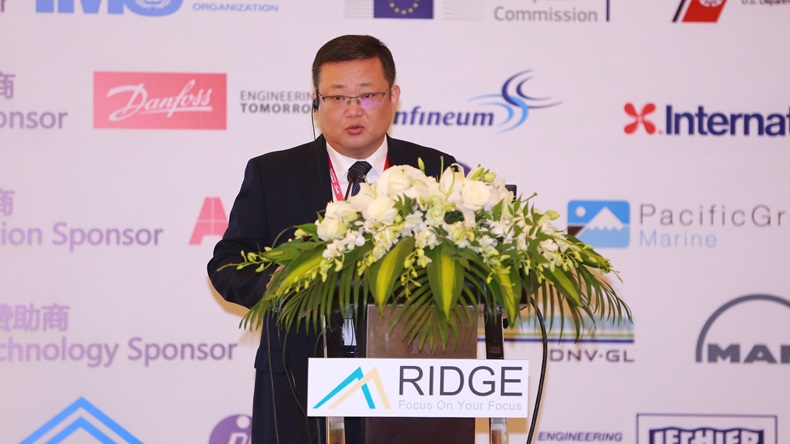 BEIJING may expand the shipping area where the discharge of wash water from open-loop exhaust gas cleaning system are prohibited, according to an official from the China Maritime Safety Administration.

The expansion, if it materialises, will require ocean-going vessels fitted with open-loop scrubbers destined for east and south China, especially for those major ports at the Yangtze River and Pearl River deltas, to have an earlier switch to complaint fuels when entering the emission control area. This has the potential to further reduce savings upon using cheaper high-sulphur bunker fuel.

The open-loop scrubber-related ban currently applies to the country’s inland river ECA, port waters of the coastal ECA, as well as the Bohai Rim Area.

The government body’s Shenzhen branch is working on a study to further access the environmental impact of scrubber wash water, said Dong Leyi, head of the CMSA’s hazards and pollution control department.

“So the measures are only provisional and we may make adjustments based on the results of the study,” he told the 8th Green Shiptech China Congress in Shanghai organised by Ridge Consulting.

The authorities might opt to maintain the status quo or to expand the restricted area to the entire domestic ECA, where ships are required to burn cleaner fuels and which now covers almost all of China’s territorial waters at most 12 nautical miles from the baseline, Mr Dong added.

He said that the main reason behind the restriction on the release of waste water was due to the content level of poly-cyclic aromatic hydrocarbons, a chemical that could contaminate the country’s surrounding oceans.

The International Maritime Organization has stipulated that discharged wash water should not be greater than 50 micrograms per litre phenanthrene equivalence above the inlet water PAH.

Meanwhile, Chinese seawater quality standards have a cap of 0.0025 micrograms per litre on Benzo[a]pyrene, a highly carcinogenic PAH.

It was not yet certain whether the IMO limit would cause a violation of the latter standard, Mr Dong conceded. “That’s why we need to conduct further research.”

At the IMO’s latest Marine Environment Protection Committee gathering in London earlier this month, delegates agreed to start negotiations to develop harmonised rules on the waste water discharge of scrubbers.

Beijing is unlikely to lift the wash water ban or reduce the restricted zone, however.

Pro-scrubber lobby group confident the pendulum is swinging their way