Western Australia’s mooted net-zero emission policy can still set back the Browse project and in this respect, Coleman argued that Australia as a country can do more for the environment by directing efforts at cutting ship emissions instead of going after LNG export projects 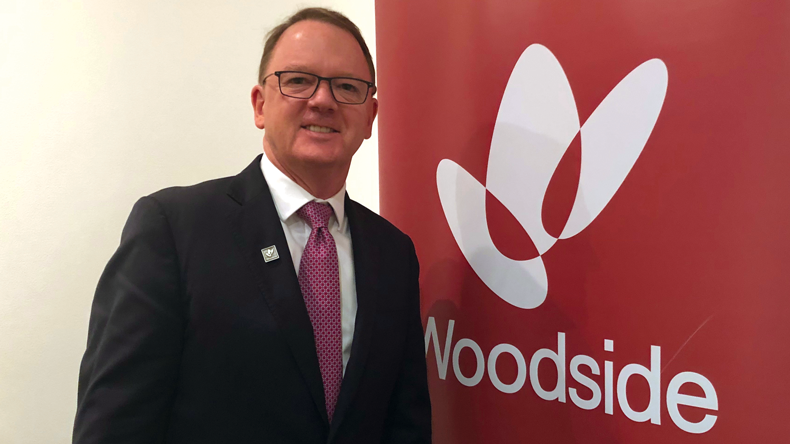 Source: Tan Hwee Hwee Coleman: Australian exporters “don’t use energy supply as a negotiation tool” and this further enhances the security and reliability of supply to LNG buyers.

AUSTRALIA’S LNG sector is making the most of its current status as the net beneficiary of the US-China trade tariff war.

Liquefied natural gas importers now consider Australia more favourably as a supply source, both politically and economically, following China’s move to raise tariff on imports of the fuel from the US, the chief executive of Australia’s largest LNG producer said at one of the industry’s biggest events in Brisbane on Tuesday.

“The tariffs China has imposed on LNG imports from the US help in this regard,” Mr Coleman said at a press conference held in conjunction with APPEA 2019, alluding to the rise of the US as the world’s fastest expanding LNG exporting country.

China has raised the US LNG tariff to 25%, up from 10% initially after its latest trade talks with the US failed to yield a compromise.

These have dented, among others, chances of Cheniere Energy’s Corpus Christi Stage 3 expansion securing an $18bn long-term offtake with Sinopec that was packaged in the trade talks.

In a pointed jibe at his US counterparts Mr Coleman said that Australian exporters “don’t use energy supply as a negotiation tool” and that this further enhanced the security and reliability of supply to LNG buyers.

Prior to the fallout in the trade talks, Wood Mackenzie estimated that the US had some 30m tonnes per annum of new LNG export capacities seeking final investment decisions this year.

However, developers are slowing the sanctioning of new LNG export capacities in the US on the back of its escalating trade spat with China. Analysts have warned of delays in marketing LNG from new projects in the US.

Woodside on the other hand, said in January that it was looking to sanction Scarborough next year. The additional feed gas from Scarborough will support the construction of a second train of up to 5m tonnes per annum capacity at the Pluto LNG plant.

Browse is waiting on regulatory approval and will export feed gas from three fields with some 13.9trn cu ft of dry gas resources to the existing North West Shelf LNG facility.

Mr Coleman said efforts had been made to shave project costs for Scarborough and Browse substantially, which bolstered their competitive standing against new LNG projects elsewhere.

Both Scarborough and Browse were once considered as potential hosts for floating LNGs. But Woodside has now decided to expand existing LNG plants to process gas from the two fields.

Mr Coleman conceded that a net-zero-emission policy for LNG export projects under review by the government of Western Australia can potentially set back progress in the Browse project.

Woodside’s call to process Browse feed gas onshore at NWS LNG (the North West Shelf project) in Western Australia instead of pursuing a floating LNG facility has exposed this project to this policy mooted by the host state government.

Much of the political discourse in Australia has concentrated on slashing carbon emissions to match up to the Paris Accord’s target.

Yet, as Mr Coleman argued, Australia can do a lot more to improve its environment if it has looked at expanding emission control areas at its ports.

“The only ECA is around the Sydney harbour and that was implemented because people living in the vicinity were sick of waking up to the smell of diesel fuel from the ships.”

Woodside is promoting the use of LNG as a marine fuel under a Green Corridor joint industry project mooted for ships plying trades between WA and northeast Asia.

“We need one of the large shippers to commit to fuelling their ships with LNG and this is where the government can help with implementing policies,” he said.