New accounting rules mean that containership leases can no longer be recorded as operating costs and must be noted on the balance sheet. For some operators with large charter fleets, that has led to an increased debt burden

Carriers can no longer hide lease costs as operating expenses, leading to questions about the sustainability of their debt levels 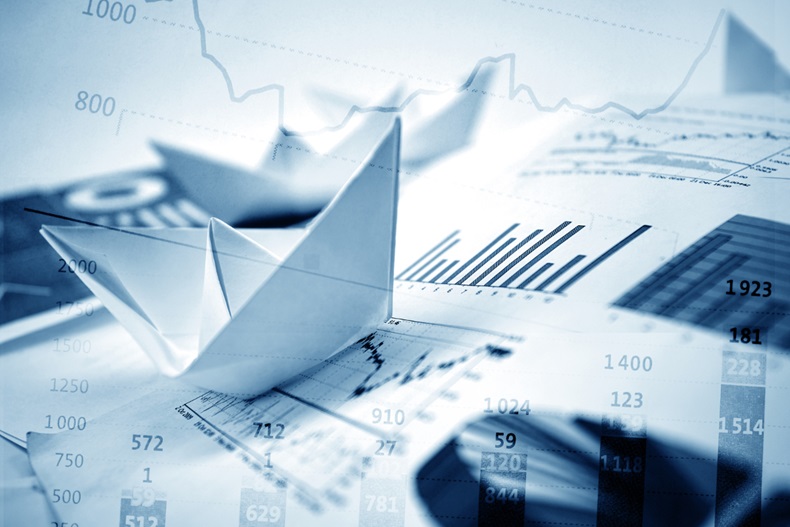 Carriers have been forced to change the way they account for charter expenses.

NEW lease accounting standards will lead to greater transparency of the worrisome finances of liner shipping carriers, a sector that had been hiding a large chunk of debts through off-balance-sheet borrowing.

The IFRS 16 rule, which became effective in January, requires lessees to capitalise all leases, except for short-term leases and those of low-value assets.

This is a significant change from the previous rules IAS 17, whereby operating leases were recorded as rental expenses and not included on the balance sheet.

Container shipping is an industry that relies heavily on off-balance-sheet finance, according to Alphaliner principal analyst Tan Hua Joo.

The revelation of these incognito debts from this year would make shipping lines’ balance sheets “extremely ugly”, he added.

Under IFRS 16, operating leases are required to be recognised on the balance sheet with a right-of-use asset and a lease liability, which will result in more expenses in profit or loss during the earlier life of a lease, according to a recent report by accountants PwC.

“In some cases, liabilities would double from where they were previously,” Mr Tan said. “There will be a lot more transparency in terms of the relative financial health of various companies.”

Cosco Shipping Holdings, the listed container shipping and port arm of state conglomerate China Cosco Shipping Group, disclosed in its first quarter results this year that the new accounting standard had increased the company’s debts by Yuan27.8bn ($4bn), about 16% of its total liabilities at the end of last year. Its debt ratio as of the end of March has increased by about 3%, accordingly.

According to its latest investor relations document, CSH controlled the world’s third largest boxship fleet on the water, with 486 ships or 2.8m teu as of the end of December, following the acquisition of its smaller rival Orient Overseas International Ltd earlier last year. Of those, 52% of the capacity were chartered in.

German-based Hapag-Lloyd, the fifth largest carrier, said in its first-quarter results that it recognised additional lease liabilities of $1.1bn as at January 1, 2019, making up about 10% of its total liabilities at the end of 2018.

The jump in debts driven by the accounting methods, however, were only on paper, and hence would not change the way the market operates, Mr Tan argued.

CSH chief financial officer Zhang Mingwen said the increase of the company’s debts was “manageable” and its cashflow and financing abilities would remain unaffected. He added that the financial institutions had already seen the changes coming.

Danish Ship Finance senior relationship manager Berit Koertz said the arrival of IFRS 16 had been expected for some years since the measure was issued by the International Accounting Standards Board in 2016.

“I think any prudent lender would have considered the leasing obligations,” Ms Koertz told a recent Marine Money conference in Hong Kong. “Covenants have been renegotiated on a good footing level with all our customers. And I think most lenders have done that.”

“From a net creditor perspective, leases have been capitalised back to the balance sheet for a while now. I think equity analysts have been looking at the companies at the same base,” Mr Walker said.

Further, he suggested that the new accounting rules were unlikely to stop shipping lines from continuing to engage in operating leases.

“The core benefits of operating leasing for our clients is the ability to manage capacity and enjoy additional fleet flexibility over the longer term and manage exposure to residual value risks,” he said. “The accounting rules don’t change the core benefits.”

But the mounting debts of carriers, manifested by this bookkeeping update, has stoked concerns among some industry observers.

Graham Porter, who co-founded containership lessor Seaspan and now runs his own Tiger Group investment company, said the market had not yet focused on how indebted the container sector was, with IFRS rules just a contributing factor to this.

“Historically, including the past few years, huge amounts of the balance sheet have been moved to third-party lessors,” Mr Porter said. “The liner companies have also enjoyed an extremely low cost of capital, some as the result of local market biases or conglomerate corporate structures.”

In recent years, this had been helped by the competition between Chinese leasing companies and Japanese lease structures supporting local shipbuilding.

But IFRS would expose this sort of technical vanishing act.

In theory, the debt models run by rating agencies should have already picked lease obligations, but this remained to be seen, he added.

“In my view, having experienced Hanjin, the world supply chain lives on a knife’s edge,” Mr Porter said. “A small amount of reserve capital backstops a huge flow of working capital of the liner majors. A minor trip can cause an instant stroke and seizure of the liner system, with few backstops either existing or being able to be implemented in time.”

He is doubtful that the market yet understands the new accounting rules and their impact, or how tight the cashflows are.

But this was less a cause of concern when compared with the fact that liner operators had systematically avoided taking material asset writedowns on the scale required, he added.

“I find it difficult to reconcile how the privately owned fleet has faced such horrible actual impairments that see eight to 10-year-old 4,000 teu ships selling for scrap at $6m-$8m, compared with a book value of say $50m,” Mr Porter said.

“The liner majors who ordered the same ships have not shown any similar impairments. They argue they are holding the assets for trading and they are not for disposal in the near term — a nuance of accounting rules — so they can continue to hold them at book values and let them depreciate over the life of the asset.”

This allows carriers to spread the cost of depreciation and hide the pain points via smaller annual costs.

“My gut feeling is the most liners would be bankrupt if they had to write down their assets to market and realise all their liabilities,” Mr Porter said.

Shipping lines’ debt ratio had already ramped up even before IFRS 16 was put into place, affected by weaker earnings amid unfavourable market conditions.

AlixPartners, which recently surveyed the financial results of carriers representing 80% of the global fleet, found that in the past 12 months leverage had risen to the highest ratio ever recorded. In 2015, their debt-to-ebitda ratio was 5.3 but by the 12 months to end-September 2018, it had risen to 10.1.

“In 2015, carriers had been successful in unwinding from leverage. There was a move to divest of non-core assets, a curtailing of the orderbook and carriers seemed to be doing the right things,” said the consultancy’s transport and logistics practice director Jim Blaeser.

But then, big ship orders had re-emerged as carriers returned to the yards and there have been several multi-billion dollar merger and acquisition deals at a time when profitability was falling.

“This is very troubling,” Mr Blaeser said. “If you increase your debt and decrease your ebitda, your leverage ratio is going to go through the roof and that is what we’re seeing.”

He added that while the pressure from IMO 2020 may fuel more M&A activity as costs rose, the increase in leverage called into question carriers’ ability to execute on further consolidation.

“As an aggregate, the balance sheet is not in very good shape right now,” Mr Blaeser said.

SMW: Assets-handling ability to determine who will win out in China’s ship leasing