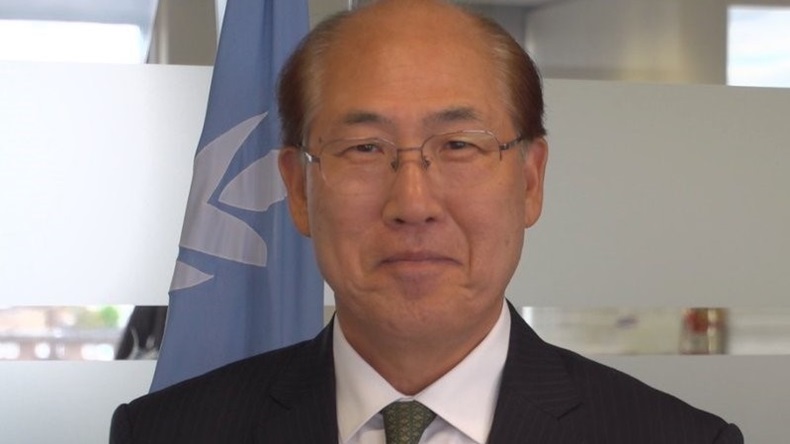 IMO secretary-general Kitack Lim has a tough set of battles ahead of him.

All eyes on IMO this week

Following the headline-grabbing 2050 decarbonisation targets set last year at the International Maritime Organization, we’re back to the difficult detail of regulatory politics this week.

The IMO’s Marine Environment Protection Committee, the organisation’s supreme environmental authority, opens on Monday with an agenda that will try to close the book on the 2020 sulphur cap and make a decent start at implementing a complicated set of short-term measures in its greenhouse gas emissions strategy.

As our regulatory reporter Anastassios Adamopoulos is taking part in this week’s Lloyd’s List Podcast, that is a discussion worth paying attention to. Expect also some wider directional signals about debates yet to come.

IMO secretary-general Kitack Lim has a tough set of battles ahead of him and while he was talking up the importance of ports’ support for the greenhouse gas emission goalsfacing the shipping industry last week, it will be interesting to hear how he intends to galvanise efforts to find consensus in a still very fragmented political debate.

How to innovate in shipping

In advance of the Lloyd’s List Nor-Shipping Innovation Forum on Monday June 3 in Oslo we have been exploring what it takes to turn good ideas into reality.

Fuel technology, from LNG to hydrogen, will require R&D budgets to meet an ambitious generational goal, but we rather think that innovation discussions at this year’s Nor-Shipping events will focus less on the vessel and more on the efficiency of an increasingly integrated global supply chain. The Lloyd’s List Forum will have gathered a truly expert panel to explore what innovation is required from here to 2050.

For some, it is about technology (digital ships, AI, autonomy). For others, digitalisation offers a new way of engaging with customers (trading platforms, blockchain, trade finance security). And for others still, it represents an entirely new way of doing business (digital operation, ship-as-a-service, value beyond the vessel).

Much of the innovation underway is less a thing and more a new way of doing things. And while data offers many opportunities it is already showing up the vulnerabilities of existing systems (cyber risk and the inherent fragmentation of data in seaborne supply chains). Ensuring each new system is interoperable with both existing and new models requires collaboration along the whole chain and a level of data governance that has so far proved to be out of reach.

The event is free to attend, but space is limited so early registration is advisable. Click here to register. 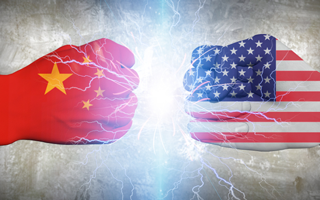 One piece of news that the container shipping sector could well have done without this week was that the US is going ahead with the next steps in its ongoing trade war with China.

While the direct impact on container shipping is yet to be quantified, the sector does not need any more problems right now. On Thursday, German carrier Hapag-Lloyd released first-quarter figures that showed the beginnings of a much needed turnaround after last year’s less than stellar performance. It, and other lines, would have been hoping for a resolution that led to more trade, not less.

It will be interesting to measure the mood in Hamburg next week when carriers, beneficial cargo owners and shippers gather for Informa’s Global Liner Shipping conference. Optimism, we think, may be at something of a premium. 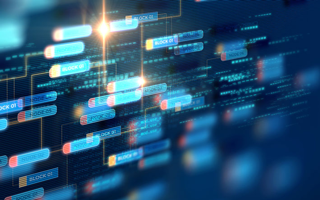 Maritime UK’s ‘Maritime Masters’ programme has been launched for a second year, bringing industry and academia together.

Students at participating universities are matched with supporting companies and other industry organisations during their studies; their research is presented to industry leaders at a finalist reception, hosted last year by Clarksons Platou. There are now nine universities engaged with the programme, aimed at tackling issues such as blockchain and green shipping.

Maritime Masters was developed because of a perceived lack of co-ordination and resource in R&D, especially compared to competitor hubs in Scandinavia, Singapore, and elsewhere in the Asia Pacific region.

Plastic has become the curse of the age

Wilhelmsen Ship Management has taken a lead in maritime sustainability by demanding that vendors supplying spare parts, stores, and consumables must demonstrate they have a viable plan to reduce plastic usage on the products they deliver. This applies to both existing and new vendors.

President and chief executive Carl Schou pointed out WSM has a responsibility to create a sustainable world, which means consuming less plastic “in every way we could”. It has pledged support to the United Nations Development Programme’s Sustainable Goals and is making changes in both business practices and lifestyle to reduce the use of plastics.

From the News Desk: IMO MEPC 74 isn’t the only show in town

From the News Desk: Businesses are also a cyber risk