The Department for Transport has decided to cancel contracts with DFDS and Brittany Ferries to provide back-up ferry capacity after Brexit. The move could cost British taxpayers tens of millions of pounds 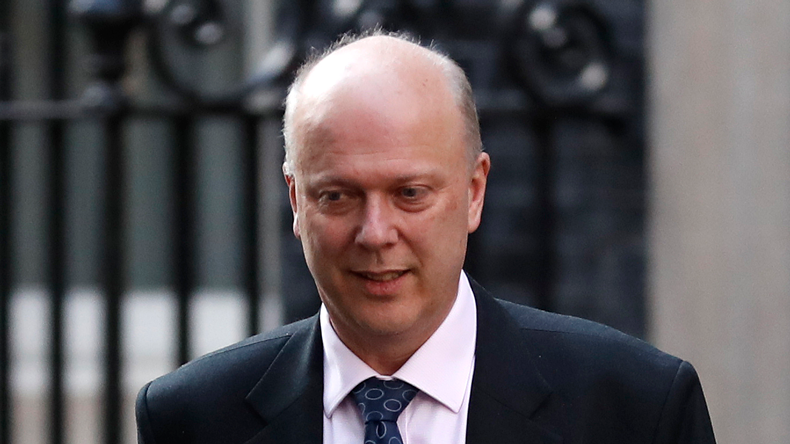 Source: © 2019 Alastair Grant/AP Grayling: “People would expect a responsible government to take out an insurance policy, and that's what we’ve done, to make sure we can deal with all the challenges in a no-deal Brexit.”

BRITISH taxpayers could end up tens of millions of pounds out of pocket after the Department for Transport announced the cancellation of contracts with DFDS and Brittany Ferries to provide back-up cross-Channel ferry capacity after Brexit.

The deals were signed last year on the assumption that Britain would leave the European Union on March 29. That did not happen, due to the inability of parliament to agree the terms of the withdrawal, and Brexit day has now been pushed back to October.

The UK government purchased £89m-worth ($116.3m) of capacity from the two ferry operators to ease potential pressure on the port of Dover. Some of that may be resold, but the working assumption is that most of it will not find any buyers.

If additional cross-Channel freight capacity is needed again in the run-up to the new Brexit deadline, new contracts will now have to be negotiated, said Transport Secretary Chris Grayling.

The development marks the latest twist in the increasingly farcical story of the deal, after the cancellation in February of a £13.8m contract with start-up concern Seaborne Freight, which planned to operate into Ramsgate.

Public and media derision was widespread after it was learned that Seaborne did not own any ferries, and appeared to be having difficulty chartering in appropriate tonnage in light of the tight state of the ro-ro charter market.

The procurement process was subsequently challenged by cross-Channel rail operator Eurotunnel, which won a £33m out of court settlement.

P&O Ferries last week announced that it is launching a similar claim.

DFDS and Brittany Ferries confirmed cancellation of the contracts, but declined to comment further.

P&O Ferries said it had nothing to say for now, but reserved the right to comment later.

The UK Chamber of Shipping also declined to comment, insisting that the development was a matter for its members as individuals rather than the Chamber collectively.

The Department for Transport said that it was in the process of preparing a statement for this afternoon.

However, Mr Grayling defended his actions in ensuring that back-up ferry capacity was in place to guarantee supplies of food and medicine in all eventualities.

“People would expect a responsible government to take out an insurance policy, and that's what we’ve done, to make sure we can deal with all the challenges in a no-deal Brexit,” he was cited by the BBC as saying. “We never wanted it, we never worked for it, but we sure as certain needed to be ready for it.”

“If he had listened to the maritime unions none of this would have happened,” said Mr Cash. “Grayling has reduced the shipping industry in this island nation to a global laughing stock.”

Mark Dickinson, leader of officers’ union Nautilus International, said the government had “clearly failed to put sufficient safeguards in place for the technical and crew management of the vessels”.