Viewpoint: A shot in the foot

It has been announced that to conform with EU regulations, the $1.3bn contract for three Royal Fleet Auxiliary vessels has been tendered internationally. What could have been a shot in the arm for British shipbuilding, manufacturing and even national pride has turned out to be a self-inflicted wound

If the expertise of Babcock, BAE Systems and Cammell Laird and the assemblage of skills in Rosyth are to be maintained, the government needs to actively assist, not sit back and let them evaporate 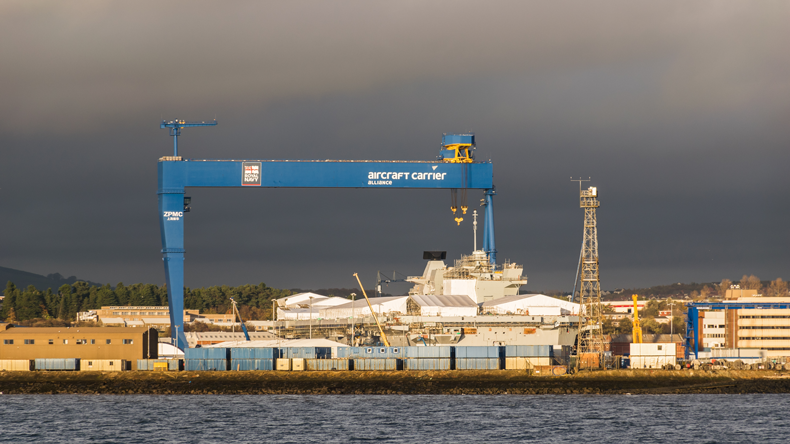 IT COULD have been a shot in the arm for British shipbuilding, manufacturing and even national pride, badly needed with the convoluted failure of the government’s infantile attempts to extricate us from the grip of the European Union.

But with exquisite timing, just before the local elections, it has been announced that to conform with EU regulations, the £1bn ($1.3bn) contract for three Royal Fleet Auxiliaries has been tendered internationally.

It could have been worse, said a cynical friend; they might have given the contract to the shipbuilding arm of Huawei. You could probably hear the peals of ribald laughter from the Netherlands, Italy and France. In South Korea, they would have been busy preparing the tender documents.

It doesn’t say much for any “renaissance” in UK shipbuilding actually taking place, as the government procurers will doubtless look only at the base price and automatically take the lowest on offer.

They are bean counters, as are most admirals these days, and will take absolutely no notice of the indirect costs to the nation of any decisions that they might make, in terms of the loss of skills and jobs that will inevitably occur, if the orders are placed abroad.

Some might argue that these are just “tweaked” merchant ship designs and we don’t build merchant ships in this country any more. But there is rather more than a trio of simple cargo-carriers at stake here, with that price tag, and we shouldn’t be paying this sort of money to a foreign shipbuilder for no good reason.

I can recall casting doubt about whether the two aircraft carriers HMS Queen Elizabeth and HMS Prince of Wales could ever be built here — I suggested building them in Japan for speed and quality — but had to eat my words as the industry actually co-operated in a rather wonderful way to get these two highly complex ships constructed.

Of course, the three auxiliaries could be built here, and their construction would make enormous sense from the point of view of keeping the shipbuilding skill sets intact. Surely this is exactly what Sir John Parker was driving at in his 2017 report; the need for continuity and getting away from the old useless, stop-start, politically driven, Treasury spooked system of endless interference, with the contracts for ships that take aeons to build and at multiples of the original estimates.

It was said at the time that Sir John knew too much about shipbuilding when he took the job, and that privately, the civil servants who saw his final brilliant and practical analysis were appalled, even though the government allegedly “accepted” his recommendations.

Placing this order abroad, on the specious grounds of “value for the taxpayer”, might be thought of as the officials’ final riposte. But if the expertise of Babcock, BAE Systems and Cammell Laird and the assemblage of skills in Rosyth are to be maintained, the government needs to actively assist, not sit back and let them evaporate, when the Parker plan was designed to avoid the peaks and troughs of government procurement and its inept consequences.

As for the ruling that these being “merchant ships”, the EU rules for tendering must apply, while we are still bound to Brussels in law, it could have been dealt with in exactly the same way as the French, Dutch and Italians circumvent the requirement, when it suits them.

Such ships may be auxiliaries, but for all practical purposes they are military vessels, armed, controlled by the military and existing solely for military purposes, with armed forces personnel always on board them. If it walks like a duck... etc, etc.

We shouldn’t be swayed by the fact that the Royal Fleet Auxiliary is a civilian service. These are government ships, not owned by the civilian mariners who are employed on board them, who are also people prepared to go “into harm’s way”.

Clearly they cost rather more than the manpower aboard “ordinary” merchant ships; if they were that worried about costs they would whack them all under a Hong Kong ship manager and employ crews sourced from Manila. But this underlines their difference and why grovelling to some EU dictat on international tendering is only semantics, nonsense and unnecessarily legalistic at this particular time, when we should be out of the EU.

Other navies are not so precious about their definitions that they would let Brussels dictate who should build such ships.

And goodness knows, we in the UK need a bit of a fillip as Theresa May’s administration fiddles while Brexit burns.

It could have been the simple, positive expression of faith in the maritime industries that is always being talked about, but somehow never seems to result in any meaningful activity. Doubtless there would have been the ritual screams and threats from Brussels, emphasising once again the reasons why we are right to leave.

But instead of turning a deaf ear, we have a self-inflicted wound to the foot.

The strange death of shipping England

We shall remember them