The digitalisation of ports is, in large part, boiling down to companies asking ‘what is my financial incentive for sharing the data with competitors’? 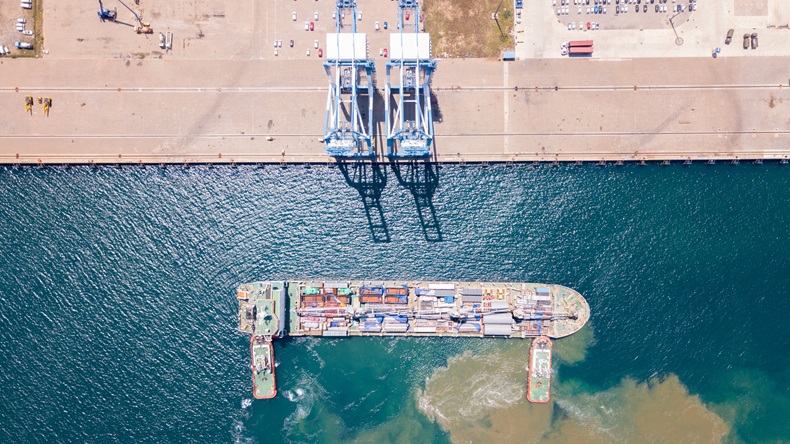 Any ‘smart-port’ technology plan must be firmly anchored to a larger strategy that is clear about where the value lies for all stakeholders.

SPEAKERS at the forum, Smart Ports: Optimising the digital supply chain, concluded that while the technology is achievable, getting buy-in on transparency and being clear about where the value lies for all stakeholders is the real challenge to make the connection.

The forum’s consensus was that much of the change being enacted today is simply a case of refining the status quo.

Digitalisation of ports has the potential to enhance efficiency across the supply chain, but the key changes are psychological rather than technical, according to forum panellists.

While the complexities of getting a disparate ecosystem of data standards and systems to share information efficiently presents technical challenges to ports of any description, the greater challenge still lies in convincing all stakeholders of the potential value in transparency and collaboration.

“The discussion boils down to ‘what is my financial incentive for sharing the data’?” said founder and chief executive of Synergy Marine Group Rajesh Unni.

Capt Unni’s response to that was that the industry first needs to create value before thinking about sharing it and right now a lot of businesses remain unclear where the value lies for them.

Addressing the issue of value creation, Sanjaya Mohottala, partner and managing director at The Boston Consulting Group, said the industry needed to engage in some more holistic thinking about what it is trying to achieve with new technology.

The market is overflowing with smart-port technologies and while many of the technologies claim to be universally applicable, ports are unique. Operating modes and equipment vary significantly.

Further distinctions also need to be made between automation and digitalisation and there must also be consideration paid to the various components that form part of the port’s ecosystem such as the port authority, the neighbouring ports and the logistics provider.

“Only after you consider all that, then you talk about the technology, whether it’s big data, IoT, or connectivity platforms,” said Mr Mohottala.

Technology strategy does not exist in a bubble, Mr Mohottala explained. An upgrade needs to dovetail with a port’s larger strategy and goals, whether those goals include finding extra capacity in existing assets, reducing operating costs to improve the bottom line, increasing market share by being more convenient than neighbouring ports, or using data-based services to generate additional revenues.

But any ‘smart-port’ technology plan must be firmly anchored to a larger strategy that is clear about where the value lies for all stakeholders.

“I think technology should be looked at as something that unlocks potential, turning a caterpillar into a butterfly,” commented Capt Unni.

“What you don’t want to do is create a faster caterpillar, that’s where I think the differentiation needs to happen”.

The question of who owns and controls data in any scenario is also key, the panellists agreed. Capt Unni pointed out that most people think they can benefit by owning and controlling data but in many cases do not know what to do with it.

“People need to know how to unlock the data, and this is more of a mindset change,” he added.

“Is data really king without looking at what it can do?” Mr Unni asked.

Bringing it all together requires standards, data and communication between the whole port community. As the fragmented component parts of the port ecosystem become increasingly digitalised, that is becoming possible, but there are risks there consider as well, not least when it comes to compatibility and factoring in potential future changes.

ABS Advanced Solutions senior technical adviser Cris DeWitt said: “The danger is that you build very cohesive systems that are so connected together that you can’t pull out one pieces without breaking the rest, so that’s a challenge.”

And then there is the looming issue of cyber risk to consider. High levels of automation rarely have cyber security accommodated throughout the design and integration phases and push the responsibility to the asset owners where cyber risk management is most expensive, and least effective, argued Mr DeWitt. “‘Smart’ should include cyber security up front and start early in the supply chain,” he said.

Speaking on the sidelines of the forum, panellist Saliya Wickramasuriya said Sinopec has emerged as the preferred bidder in Hambantota International Port Group’s tenders for marine bunkering projects in the harbour on the southern tip of Sri Lanka.

The Chinese oil major outbid in both tenders, one for operating the tank terminal and one for using the facilities to trade fuel oils, against several other competitors, said Mr Wickramasuriya, senior adviser to the chief executive of HIPG which co-sponsored the forum.

“They were significantly better on oil trade, and marginally better on the operator,” he said. “We evaluate the proposals by fixed income as rent for using the facilities as well as throughput-based variable income in a 10-year timeframe. Also, we look at how aggressive their plans are to expand the business.”

Mr Wickramasuriya, who co-chairs the Ceylon Chamber of Commerce National Agenda Committee on Energy, a policy advisory role linking private and public energy sector stakeholders, added that the board of HIPG –— part of Chinese port giant China Merchants Port — has approved Sinopec’s offers while a letter of award has been issued.