Deal also includes a Terminal Services Agreement with OOCL, guaranteeing an annual minimum number of vessel and rail lifts at agreed rates for a 20-year period. OOIL is expected to make a pre-tax gain of $1.29bn from the transaction, with proceeds going towards its core business of container transport and logistics services

Macquarie beat 52 other bidders for the prized business, including big names such as Seaspan, EQT Infrastructure and Yildirim Group, which were in the final shortlist 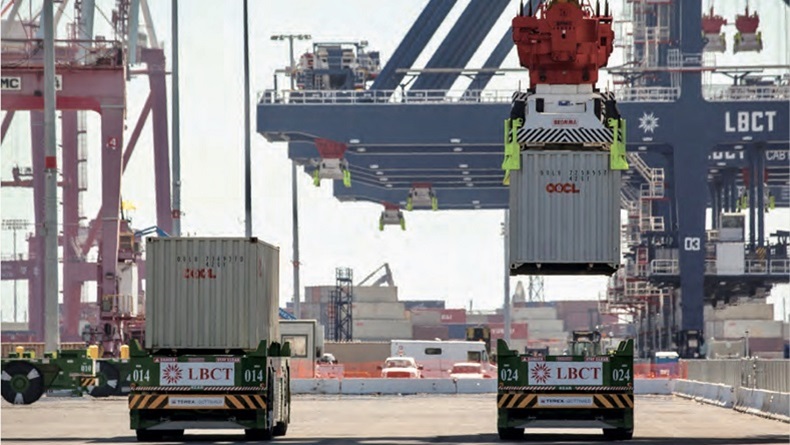 LBCT is the most advanced container terminal in the US.

The Hong Kong-based shipping line, which was taken over by China’s Cosco Shipping Holdings Co, said it has agreed to sell the US asset for $1.78bn to Olivia Holdings, majority-owned by a fund run by Macquarie Infrastructure and Real Assets, which in turn is part of Australia's Macquarie Group.

Macquarie was one of three shortlisted bidders after a nine-month long divestment process sparked by Cosco Shipping’s purchase of OOIL in 2018.

Seaspan and EQT Infrastructure made the final shortlist along with Macquarie in early March, but Seaspan subsequently dropped out and was replaced by Yildirim Group.

Cosco Shipping had agreed with the US government to the sale in order to gain clearance for the $6.3bn purchase of OOIL.

OOIL said in a stock market announcement, that as part of the deal, an agreement will also be signed with OOIL’s container line unit — Orient Overseas Container Line — guaranteeing an annual minimum number of vessel lifts at the Long Beach Container Terminal for an agreed vessel and rail tariff for a 20-year period.

“Over the past 30 years, we have developed Long Beach Container Terminal into the safest, most efficient and lowest-emission terminal in the US,’’ Andy Tung, co-chief executive of OOCL, said in a statement.

“We are confident of the future prospects of the terminal under the ownership of MIP and its co-investors, and we look forward to being a long term strategic customer of Long Beach Container Terminal and the Port of Long Beach.’’

“This transaction marks another key milestone in our relationship with OOIL and we greatly appreciate their significant long-term customer commitment to LBCT,’’ said Mr Kuchel. “We look forward to partnering with the Port of Long Beach and the LBCT management team to ensure that LBCT delivers high-quality service to OOCL and our other customers going forward. We are also committed to completing the current expansion of LBCT by 2022, which will significantly increase the capacity of the terminal.’’

OOIL is expected to make a pre-tax gain of $1.29bn from the transaction which will be reflected in its results for 2019.

Jefferies analyst Andrew Lee said in a note OOIL had received an “attractive price’’ for the terminal.

OOIL said it has not decided what to do with the proceeds and will conduct a review.

Uses include for general working capital and to fund new growth opportunities within its core business of container transport and logistics services.

Macquarie Infrastructure has been investing in port assets for many years, attracted by the generally stable and predictable long-term returns.

The outcome of the sale will come as a disappointment to Robert Yildirim, the Turkish businessman who controls a 24% stake in French shipping group CMA CGM.

He had been hoping to take over the concession for Long Beach Container Terminal.

Although Yildirim Group’s Yilport subsidiary has a small foothold in the US, LBCT would have been in a different league as one of the largest and most technically sophisticated facilities in the US.

However, the Yilport bid was unsuccessful, despite lobbying to convince Washington that the Turkish group did not represent any sort of security risk.

Mr Yildirim tweeted that Yilport was very disappointed by the outcome, while sending his congratulations to Macquarie.

Mr Yildirim will continue to look for new opportunities in the US after the LBCT setback, although this is likely to take time, a spokesman for the Turkish port operator said.

The Long Beach container terminal is part of the port’s $1.4bn Middle Harbor project which, when complete, will be largest automated terminal in the US. The Long Beach port is the nation’s second busiest and along with Los Angeles port, the US’s main gateway for trade with Asia.

Lloyd’s List reported in March that Macquarie was on the shortlist, along with EQT Infrastructure.