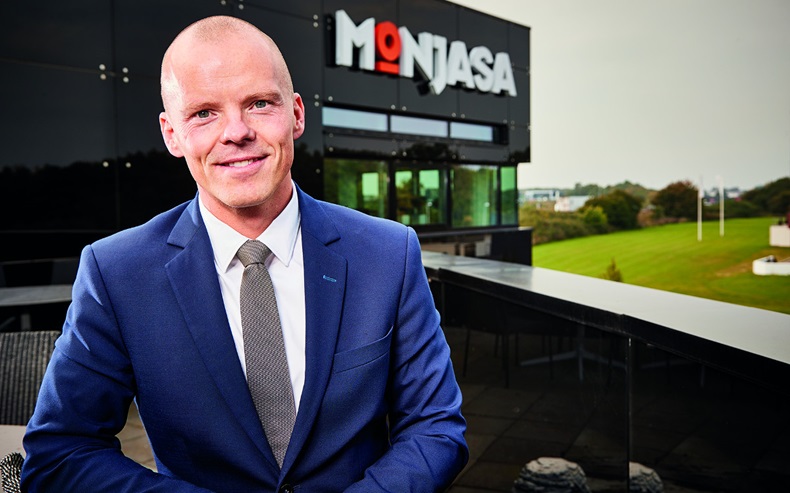 Stenberg Mølholt: Monjasa will supply HSFO where there is ample demand, but it will not be opportunistic.

MARKET dynamics will help enforce compliance with the 2020 sulphur cap as high sulphur fuel oil becomes less lucrative for suppliers, according to a senior official from Danish bunkers company Monjasa.

Chief operating officer Svend Stenberg Mølholt told Lloyd’s List that customers were less concerned about the prospect of an uneven playing field in 2020, as they anticipated increased levels of compliance with the 0.5% sulphur emissions limit.

One of the reasons he identifies is the availability of the cheaper high sulphur fuel oil.

HSFO, which according to the International Energy Agency’s latest projections will account for around 30% of marine fuel demand in 2020, will be available in all the major bunkering ports, Mr Stenberg Mølholt believes. But that may not be the case for niche markets.

With very low sulphur fuel oils and marine gasoil set to increasingly dominate demand, Mr Stenberg Mølholt sees the supply of HSFO as being constrained and concentrated to the larger bunkering hubs and ports.

These same destinations are the places where the rules are more strictly enforced and therefore compliance is likely to be more commonplace, in his view.

He said Monjasa would supply HSFO where there was ample demand, but would not be opportunistic.

Though customers have inquired with the supplier about the future availability of the fuel, Monjasa has not seen any firm purchase commitments, potentially due to the vast uncertainty that still permeates its price in 2020.

“And if we do not have a firm commitment on the demand side of high sulphur in niche areas then we are not going to carry it,” Mr Stenberg Mølholt said.

But financial dynamics aside, concerns of cheating persist and the IEA anticipates a non-compliance rate of about 16% in 2020.

While some countries such as Denmark have already issued fines for violations of regional sulphur emission rules, owners and operators have worried that financial penalisation will not be enough to deter ambitious violators.

That, however, may no longer matter. Mr Stenberg Mølholt believes other repercussions to being outed as a cheat have supplanted the significance of financial penalties.

With less than nine months to go until judgement day, Monjasa has secured a flow of VLSFO into all of its main physical markets and will be supplying it to customers there, according to Mr Stenberg Mølholt.

Bunker industry customers need to be partnering with suppliers that have demonstrable financial health and proven quality, he said. “It is about committing with a few suppliers on a slightly more strategic manner,” he said.

Operating in a sector that has often garnered attention for all the wrong reasons, as most recently with the bankruptcy of Aegean Marine and the debt struggles of Brightoil Petroleum Holdings, Monjasa went through its own legal ordeal a few years ago.

A court case in Denmark concluded in 2017 with the full acquittal of former Monjasa co-owner Jan Jacobsen, who had been charged with fraud.

But the company has bounced back, supplying 4.1m tonnes in 2018, of which 450,000 tonnes were supplied to vessels in the Panama Canal alone, accounting for 10% of total supply there.

Mr Stenberg Mølholt believes Monjasa’s efforts to be more transparent have paid off, with the boost in supply potentially indicating that it is ahead of its competition in this regard.

He also warned that with 2020 coming up and customers demanding fuel providers who can clearly document the bunkering supply chain, some bunker suppliers may not survive.