Latest rates for semi-submersible drilling rigs in Indonesia and Australia are almost 30% higher than those generally seen in the Asia-Pacific region during the past few years. The higher rates are also coming with longer duration contracts

While there are signs of improvement in the floater market, the jack-up segment looks comparatively less attractive in terms of utilisation during the next five years 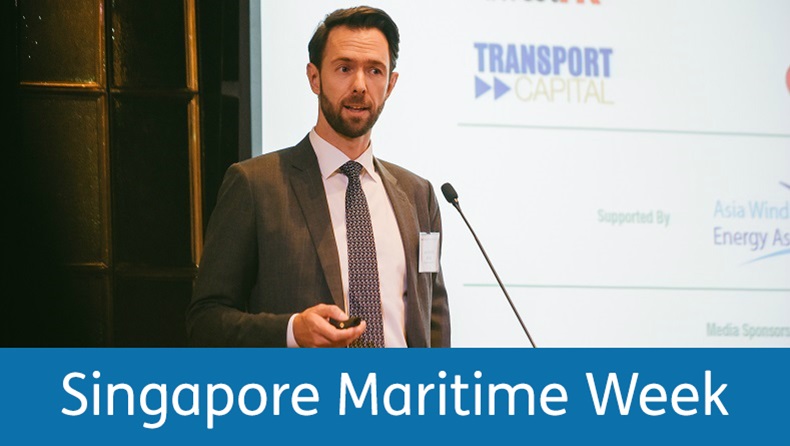 Müller: Harsh-environment floaters have been the first segment to see rates pick up.

THE latest rates for semi-submersible drilling rigs in Indonesia and Australia are at significantly higher levels than those seen in recent years.

“What we are seeing is more companies entering into long-term contracts at higher price levels because more are believing in the improvement of the market going forward,” said Mr Müller. This trend is also being seen in the market for drillships, he added.

Regarding floaters, the harsh environment semis have been the first segment to see rates pick up and now the same is happening for the more high-specification drillships. “There are definitely signs of improvement in the floater part of the market,” said Mr Müller.

“The hottest segment for floaters in this region will be the Australia projects coming online as there will be quite a lot of offshore gas and onshore liquefied natural gas plant projects that will likely receive sanctions in the coming years, so this will, of course, add to drilling demand,” said Mr Müller.

The jack-up segment bottomed out in 2016 but is starting to increase in terms of the number of contracts awarded. Rystad also saw some signs of improvement in the jack-up market although this is more for the premium segment of the market, whereas rates in the more commoditised area of the market have not moved up considerably.

In the Asian region, Rystad is also seeing some countries such as Malaysia which is starting to ramp up its activities, with Petronas especially active. Mr Müller said that the Malaysian national oil company’s latest projections at the end of last year suggest a requirement for more than double the number of rigs compared with the previous the year.

At the end of 2017 projections were for six to 10 jack-ups per year but at the end of 2018 this number had risen to between 16 to 19 such rigs in Malaysia. “That’s a big step change in terms of drilling activity,” he added. Activity has also come up in terms of the number of working rigs since 2016, said Mr Müller.

Another key trend is that Petronas has practically gone through a pseudo-nationalisation programme in terms of rigs. Whereas in 2016 about 90% of rigs working in Malaysia were foreign-owned, in the interim years of the downturn this proportion has now been flipped around in the latest figures.

Mr Müller also said the jack-up market is ripe for restructuring. The relatively flat supply-demand figures compared with floaters may suggest that the outlook is not as bright, however, with many having been cold stacked for a long time, some of these will never come back on to the market. There are also relatively more older units in this segment compared with floaters. “I would expect to see quite some attrition of the older units moving forward,” he added.

“Many of these units will also be older than 50 years by the time we get to this period so you are starting to talk about some really old steel,” he said.

“The jack-up market looks less attractive compared with floaters in terms of change of utilisation during the next five years,” Mr Müller concluded.