Bright spots are seen in the intra-Asean market and the emerging market in regions such as Africa and Latin America, where Singapore can play a bridging role in China’s Belt and Road Initiative

Opening Singapore Maritime Lecture sets out robust defence of city-state’s maritime hub status, but minister argues trade should not be seen in isolation. Adaptability in the face of macro challenges is required, and that requires data, talent, technology and finance flows 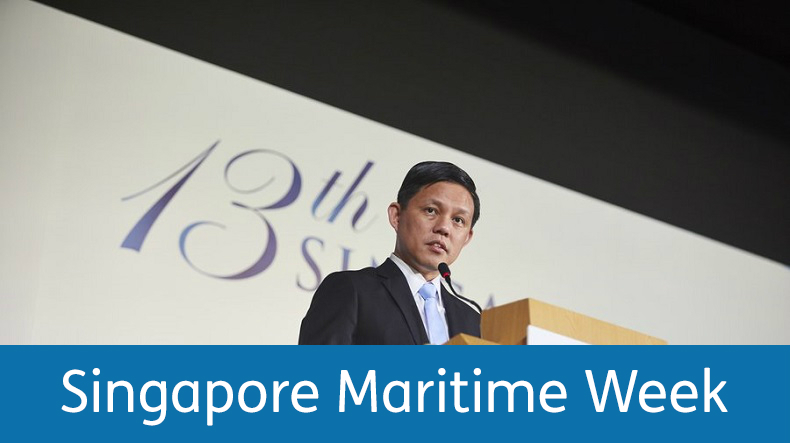 Source: MPA Chan: We would be mistaken to think that our hub status is pre-destined.

Although about 70% of the global maritime economy transits through the Singapore Strait currently, “things can change quite quickly,” he said.

Answering the question: “What will determine Singapore’s future as a maritime hub?” he set out the benefits of a pro-business policy, but also highlighted the importance of engaging China in the process, while also making the best use of technology to drive trade efficiency.

“Trade tensions will continue to brew between the US and China as both sides compete over technology, economics and geopolitical influence,” noted Mr Chan. “How competition between them pans out has a bearing on the global economy,” he added.

However, while the tensions have brought disruption, they have also brought opportunities. Slowing growth in the traditional Asia-Europe and Transpacific trade lanes has been replaced by growth in places such as Southeast Asia, Africa and Latin America, said Pacific International Lines managing director SS Teo, speaking at the same event.

“In these economies, GDP growth doesn’t result in multiples of volume growth,” Mr Teo noted. Therefore the growth multiples will not be the same as was seen in the previous traditional trade lanes, he warned.

“The growth is definitely there, but it’s moving around,” Mr Teo said, so this will result in changes to the sizes of ships being deployed as well as the hub ports, and this will have an impact on Singapore.

“I’m still optimistic but you just have to be careful where you think the cargo growth is going to be and you have to deploy your resources to suit the trade patterns,” he concluded.

The intra-Asean market and the Asian Economic Community, which is set to be the fourth-largest market in the world by 2035 with a population of 650m, was another bright spot for Mr Teo. He also saw Africa slowly being industrialised and potential for the intra-Africa market.

“The future maritime landscape will be very much digital and enabled by data which will drive global logistics flows,” predicted Mr Chan. “Data will be an essential element of the Singapore Platform, which will be open and connected, as opposed to Balkanised,” he added.

In order to participate in global connectivity and succeed as a maritime hub, Singapore must not see physical trade in isolation but as part of a broader connectivity that includes data, talent, technology and finance flow, Mr Chan opined.

“Singapore can play a very important role to bridge the gap between the Chinese and other countries,” said Mr Teo, referring to the republic’s place in China’s Belt and Road Initiative. This could also include elements such as project financing and arbitration, he added.

“As the shipping industry redesigns its business models for the 21st century, Singapore must also rethink our maritime strategy. Our continued status as a global hub port and international maritime centre will depend on how well we can navigate the challenges and opportunities that come to fore with these driving forces,” Mr Chan concluded.