Keppel Singmarine will modify a tugboat on Keppel Smit Towage’s operating fleet for autonomous operations. The pilot trial of this vessel will tap the network of Telco M1, which is controlled by a JV of Keppel Corp

The project, co-funded by a $2m grant from MPA, involves retrofitting a tugboat that will be delivered in the fourth quarter of 2020 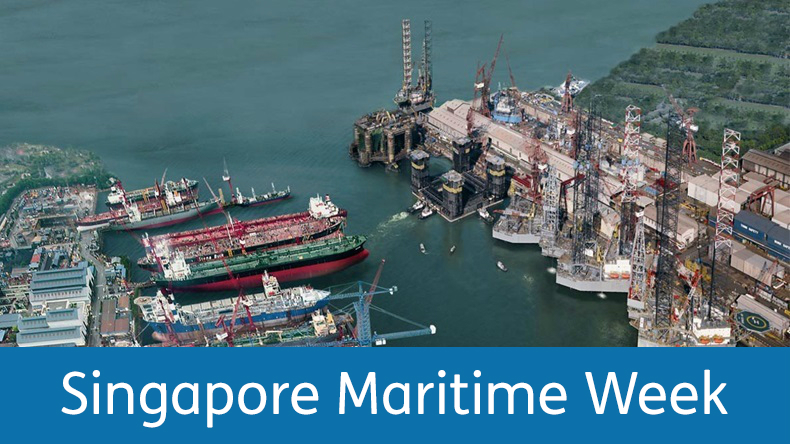 A facility of Keppel Offshore & Marine, a leading yard group based in Singapore, which is pursuing one of five autonomous shipping projects co-funded by the MPA.

THE business units of Singapore-listed conglomerate Keppel Corp are joining forces on a pilot project to advance their home nation’s ambition to emerge as the preferred port of call for autonomous ships.

Keppel Singmarine, a subsidiary of Keppel Offshore & Marine, has embarked on the development of an autonomous tug to be operated by Keppel Smit Towage.

An onshore command centre will be set up to remotely control the tug that is scheduled for delivery in the fourth quarter of 2020.

The pilot trial to be conducted in Singapore waters will tap the 4.5G network of Singapore-based telco, M1, in which Keppel Corp has acquired a controlling stake through a joint venture with Singapore Press Holdings.

It also involves the development of a digital twin of the tug to simulate vessel behaviour in various scenarios and optimise vessel operations.

The project has secured a grant of S$2m ($1.5m) from the Maritime and Port Authority of Singapore.

Keppel O&M’s chief executive officer Chris Ong said: “The industry is keen to explore the commercial use of autonomous vessels because there are multiple safety, efficiency and cost benefits.”

He pointed out that as a designer and builder of specialised vessels, the yard group has been “developing advanced monitoring and analytics systems for vessels”.

This autonomous tug project followed through from a memorandum of understanding signed by Keppel O&M, MPA and the Technology Centre for Offshore and Marine Singapore in April 2018 to jointly develop autonomous vessels.

She added that MPA has co-funded five autonomous ship projects.

MPA is “constantly looking out for the next new technology to pilot and testbed” in its efforts to bolster efficiency, productivity and advance technology deployed in Singapore’s maritime sector.

As the world’s busiest transhipment hub, Singapore now aims be the preferred location for companies to operate their autonomous vessels remotely.

Ports told to ‘get smart or miss out’

P&I clubs admit to being unprepared for autonomous vessels