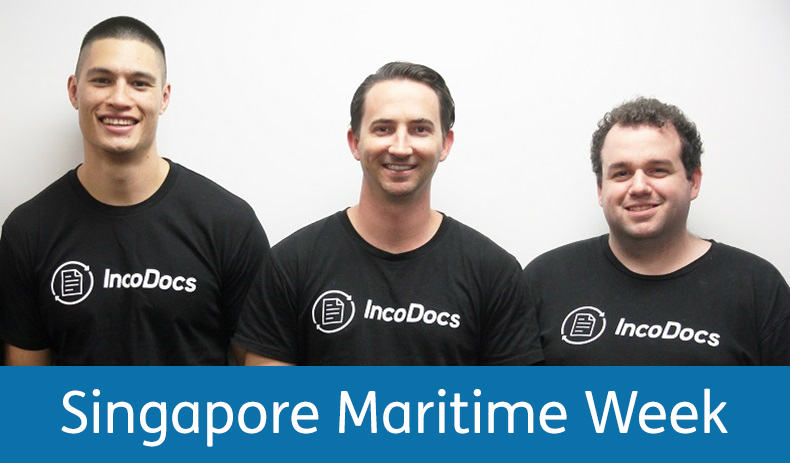 AP Moller-Maersk’s corporate venture arm has participated in a seed funding round raising A$1.2m ($0.85m) for a start-up platform seeking to cut red tape in trillions in dollars of trades involving small to medium enterprises.

IncoDocs chief executive officer Brandon Boor told Lloyd’s List the platform was initially developed to address the pain he and co-founder Ben Thompson face in dealing with the vast volume of paperwork while running their own trading company.

An international trade transaction on average involves 27 to 30 different parties, 40 documents and 200 data elements, according to statistics from the World Bank.

IncoDocs plans to draw on the seed funding to double up on engineering and products to serve the SME businesses on board its platform.

The start-up launched the third version of its platform last February and saw its user base expand to more than 4,000 companies across 120 countries, including in the emerging economies of Africa and South-east Asia. Since the February launch, some $189m worth in trades have been transacted via the platform.

Maersk Growth first approached IncoDocs in February and came on board as an investor in August. Operating partner Betty Yan Liu said: “We liked the IncoDocs solution for its simplicity and virality and we are convinced that the IncoDocs team has the skills and persistence to solve this significant pain point for SMEs.

“The World Economic Forum said in 2015 that eliminating barriers within the international supply chain means global trade could increase by nearly 15% — clearly, this is a development we have interest in supporting,” she said.

Maersk Growth has invested in 10 start-ups since early last year, pumping in investments in millions of US dollars. It focuses on three key investment areas — smart logistics, fighting food waste and the future of the trade domain — that support the larger Danish group’s vision of evolving into an integrator of container logistics.

The corporate venture unit has incubated multiple build-initiatives for Maersk, including TradeLens —  a blockchain-based digital platform for global trade jointly developed with IBM.

New kids on the blockchain