Liquefied Petroleum Gas is an election issue in India and assuming that the country continues to ship half of its demand, it would need about 17m-19m tonnes of imports by 2025

Indian prime minister Narendra Modi may not have managed to keep all his election manifesto promises, but his scheme to provide free gas connections to poor households has significantly increased LPG shipments to India and has made India the second-largest importer in the world. Should shipping expect a further gas bonus from the current political showdown? 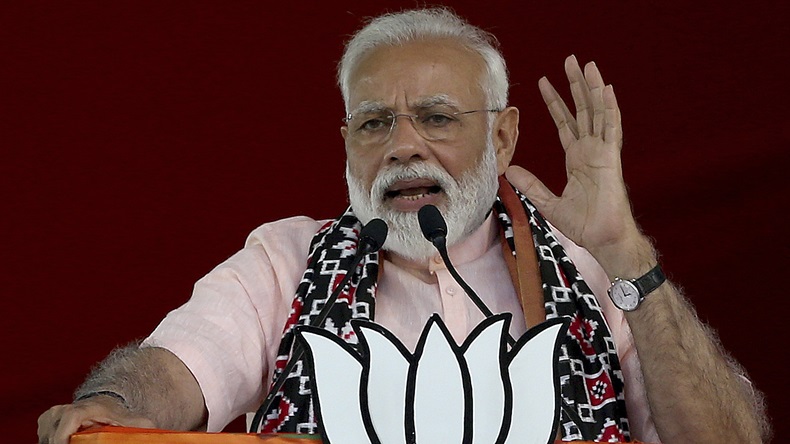 Source: © 2019/Mahesh Kumar A/Associated Press India’s prime minister, Narendra Modi, is seeking re-election will use his scheme to provide free gas connections to poor households as part of his campaign.

INDIA’s prime minister, Narendra Modi, is seeking re-election as the head of Bharatiya Janata Party and its allies the National Democratic Alliance. A polarising figure, opinions diverge sharply over Mr Modi’s record in government and his legacy.

Mr Modi may not have made good on all his election manifesto pledges, but the charismatic leader is sure to use his scheme to provide free gas connections to poor households as part of his campaign.

The massive transition has made India the second-largest importer of LPG in the world, and it is poised to take the lead in 2019.

At present, about 73% of Indian households have LPG connections, and the government aims to take this figure to 95% by 2020, which should continue to support LPG trade.

The Modi government is looking for similar success in the upcoming election, but the longevity of PMUY is being questioned as low refill rates for the LPG cylinders indicate a return to biomass burning or other fuels and a decline in LPG trades.

The government’s current plan to increase LPG subsidies may help restore confidence in PMUY throughout the election period as failing to address the shortcomings of the programme would be a major misstep for Modi and his party.

LPG consumption in the country has increased on average by 8% per annum during the past five years to 24.2m tonnes in 2018, while domestic production lagged demand numbers with the country importing around half of its consumption demand.

According the state-owned oil major Indian Oil Corporation country’s LPG consumption is set to rise further to 32.8m tonnes by 2025.

Imports, meanwhile, have increased on average 11% per annum from 8.1m tonnes a year in 2014 to more than 12.1m tonnes in 2018, according to Petroleum Planning and Analysis Cell India, providing a backbone for the gas carrier spot market and allowing freight rates to pick up and stabilise.

Assuming India relies for half of its consumption on imports, it would need around 17m-19m tonnes of imports by 2025, an LPG analyst estimated.

There are around 19 vessels on long-term charters to ship LPG from Saudi Arabia, Qatar, United Arab Emirates and Kuwait to India, data from VesselsValue shows.

Spot cargoes from US have also benefited from India’s demand resulting in an increase in tonne-miles as a voyage from US to India typically takes around 50 days while from Middle East to west coast India would require around eight to ten days.

Despite the rapid increase in demand, there are only four Indian shipping companies  –  Great Eastern Shipping, Shipping Corporation of India, Varun Shipping and Global United  –  which own a fleet of 21 gas carriers with a carrying capacity of 835,633dwt. This compares with a global LPG fleet of 1,379 vessels of 2.2m dwt, according to Clarksons fleet data.

Installed LPG import terminal capacity in India is expected to rise to 8.1m tonnes per annum by the end of 2019, from 6.7m tonnes a year at the end of 2018, with around 64% capacity on the west coast and the rest on the east.

A further 12.7m tonnes per annum of import facility is under various stages of planning, with 76% of the capacity expected along the west coast.

The Indian conglomerate Adani Group is expected to start commercial operations at the 1.34m tonnes per annum Mundra LPG terminal in the first half of this year.

The refrigerated terminal will have storage facilities for 25,000 tonnes each of propane and butane and will be capable of handling very large gas carriers. There are plans to connect Mundra LPG terminal to Kandla through a 90km pipeline, expected to be operational by 2021.

West Coast Liquid Terminal, a joint venture between Shapoorji Pallonji Group and Vopak India, plans to build a 5m tonnes a year LPG import facility at Chhara-Sarkhadi near Junagadh. However, timeline for its completion is not known at present.