The question ahead is whether FFA trading opponents of the BIC decision on IMO 2020 index changes will give up the fight, or pursue their opposition in the courts

Views have sharply diverged on how indices should reflect IMO 2020 changes. Now that the Baltic Exchange index council has made its final decision, there could be consequences 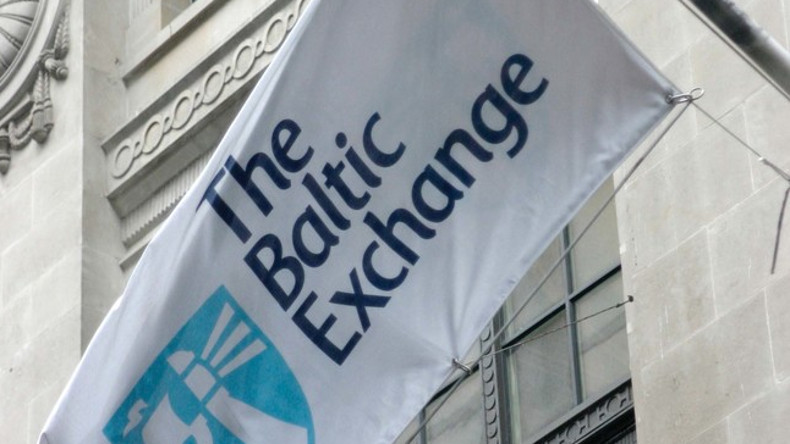 The BIC’s assertion that its decision will not be a major change and will not cause a material disruption in the FFA market is echoed in the Baltic member responses to the IMO 2020 consultation paper.

THE long-awaited decision by the Baltic Exchange about how to handle the 2020 sulphur cap is finally in, but the controversy is not over yet.

The Baltic Index Council has agreed with the preferred course of the Baltic’s management, and that of the majority of Baltic members, despite opposition from several participants in the forward freight agreement market.

Following the BIC’s decision, Lloyd’s List has been told that critics are considering legal and regulatory options. Furthermore, there are questions about how the decision will be implemented by FFA clearinghouses, in particular, ECC in Germany.

The BIC unanimously decided that the benchmark vessel in drybulk timecharter indices will be “non-scrubber-fitted”. It further decided that this qualified as a “scheduled change” that would not create a material disruption to the physical and derivatives markets.

What this means in practice is that, as of January 1, 2020, the Baltic dry bulk timecharter indices will be priced based on a benchmark ship that is burning compliant fuel with 0.5% sulphur or less, not high-sulphur fuel oil, the type of fuel burned by the reference ship underlying today’s indices.

Several market participants in the FFA trading community have argued this alters the nature of the financial contract they entered into when buying FFAs settling in 2020 or later.

FFA trades are ‘zero sum’ and every million dollars lost by one participant is gained by another. The FFA market participants’ argument in opposition to the BIC decision is logically one that would be posed by FFA buyers, who would lose if FFA values fell, not FFA sellers, who would gain.

The ‘long FFA’ critics have couched the debate in terms of the sanctity of their futures contracts. In contrast, the BIC’s decision appears to be driven by perceived practicalities and realities in the physical charter market. The BIC specifically cited claims from Baltic panelists, including most capesize panellists, that “they would be unable to reliably provide prices for a scrubber-fitted vessel based on the current penetration in the market”.

In a summary of member responses to its IMO 2020 consultation paper, the Baltic specifically cited Principle 7 of the IOSCO Principles for Financial Benchmarks, which mandates that “data used to construct a benchmark determination” should “be based on prices, rates, indices or values that have been formed by the competitive forces of supply and demand in order to provide confidence that the price discovery system is reliable” and “be anchored by observable transaction”.

The BIC’s assertion that its decision will not be a major change and will not cause a material disruption in the FFA market is echoed in the Baltic member responses to the IMO 2020 consultation paper, which were released on a selective and anonymous basis today by the Baltic.

Numerous members argued that it is not a major change for the post-2020 reference ship to be designated as non-scrubber-fitted because there are no ships operating with scrubbers today, ergo it would be the status quo from an equipment perspective. Several members also maintained that any effect on the FFA market has already been priced in, so the BIC decision itself would not disrupt the market.

The BIC’s decision was not swayed by an argument from multiple respondents that a change in the fuel definition for the reference ship would be required. It is currently defined as ‘380 cSt’, whereby cSt refers to viscosity, not sulphur content. The Baltic’s position is that this term refers to fuel with a viscosity of “up to a limit of” 380 cSt.

During the consultation process, when Baltic members were asked whether the fuel definition needed to be changed, 27 respondents said ‘no’, 10 said ‘yes’. The argument for changing the fuel definition was that very little of complaint fuel will have viscosity of 380 cSt, and that today’s market views the term ‘380 cSt’ as synonymous with HSFO.

From a practical perspective, a key question going forward will be how FFA clearinghouses handle the BIC decision. The clearinghouses have a fiduciary duty to FFA buyers and sellers. The affected FFAs are cleared through three exchanges: SGX in Singapore (which owns the Baltic Exchange), Nasdaq in the United States, and EEX in Germany.

Of those exchanges’ clearinghouses, only one filed responses to the Baltic’s request for comments in the consultation process. Its responses were cited on an anonymous basis in today’s Baltic release. Lloyd’s List can confirm that the responding clearinghouse is Germany’s ECC of exchange EEX.

According to an invitation to a meeting being held by EEX on Thursday, the clearinghouse will discuss the “EEX response to the Baltic IMO 2020 consultation and its general position” and “options regarding contract and settlement specifications depending on the Baltic decision” based on “EEX rules”. There will also be a discussion on “how to ensure orderly trading” and a presentation by Platts on its own IMO 2020 time charter indices.

In its responses to the Baltic during the consultation process, EEX asserted in a letter dated February 22 that it “has both the right and the obligation to make an assessment of any changes to those indices and the likely effect that those changes would have on open interest held at our group clearinghouse, ECC.”

EEX asserted it had “the power to order suitable measures to safeguard the proper settlement of exchange transactions in the event that the relevant benchmark changes significantly or is no longer provided. This provision includes the use of alternative benchmarks if appropriate and possible”.

Although it agreed that adding the wording ‘scrubber-fitted vessel’ does “not create a significant change in the benchmarks, having no significant change does not mean that there will be no effect on the rate reported.” EEX said it had yet to reach a conclusion on that issue, and on what course it would take.