Turkish entrepreneur Robert Yildirim has been eyeing a move into the US for his group’s Yilport division for several years, having earlier tried to buy Ports America, and also making small inroads via a Gulfports investment 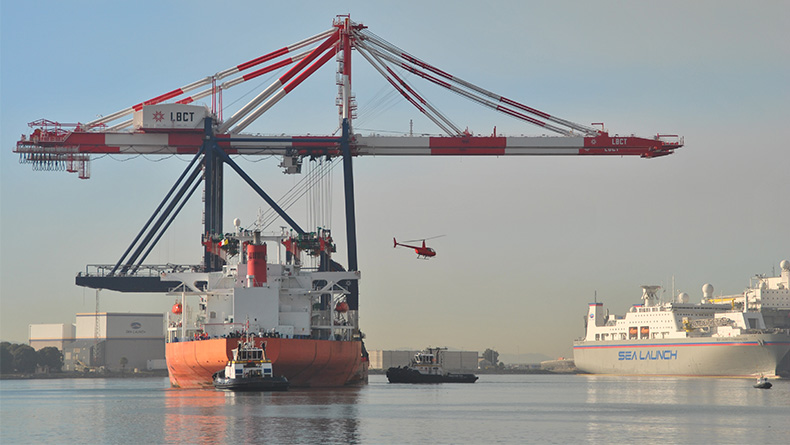 Source: LBCT When completed, Long Beach Container Terminal will have an annual capacity of 3.3m teu a year, and be able to handle the world’s biggest containerships.

TURKEY’s Yildirim Group has been added to the list of bidders for Long Beach Container Terminal, which is up for sale following the takeover of its owner by China’s Cosco Shipping.

The ports, shipping, and industrial conglomerate headed by Robert Yildirim told Lloyd’s List that its Yilport unit is in talks with Cosco about a possible deal.

The original shortlist of three bidders, published earlier this month, did not include Yilport.

However, Seaspan subsequently dropped out, allowing Yilport to be added to the shortlist.

The timetable for completing the sale of LBCT is April 8.

Mr Yildirim has been keen to expand into the US ports sector for several years, and had been pursuing Ports America, but no agreement was ever reached on price.

He subsequently gained a foothold with a commitment to develop facilities in Gulfport Mississippi, but LBCT would be on a completely different scale.

When completed in 2022, it will have an annual capacity of 3.3m teu a year, and be able to handle the world’s biggest containerships, although these are not yet regularly deployed in the transpacific trades.

Orient Overseas (International) Ltd, which has been developing the site for several years, was told by the US authorities to sell the facility after being bought by Cosco, in order for the transaction to be given regulatory clearance.

Mr Yildirim owns a 24% stake in French line CMA CGM, a major customer of both Long Beach and Los Angeles, and a member of the Ocean Alliance along with Cosco, OOCL and Evergreen.

CMA CGM sold a 90% interest in its Global Gateway South facility in Los Angeles to EQT Infrastructure and P5 Infrastructure in 2017. At the time, both Yildirim Group and Ports America were reported to be potential buyers.

EQT was named as one of the shortlisted bidders for LBCT, along with Macquarie and containership owner Seaspan. The latter subsequently said it was not interested.

The disposal of LBCT comes at a potentially critical time for the two southern Californian ports as the International Longshore and Warehouse Union starts to protest about plans to introduce automation.

At the moment, Maersk’s Pier 400 terminal is in the firing line, but LBCT is a highly automated facility as well.

The successful buyer would have to commit to completing the development of  LBCT under the terms of the original 40 year concession signed with the Port of Long Beach that runs until 2051.

On the advice of the Committee on Foreign Investment in the US, the Department of Justice and Department of Homeland Security decided that Cosco had to sell LBCT, which is the most technically advanced facility of its kind in the US.

The transaction is being handled by JP Morgan, which received more than 50 expressions of interest originally.

Until a buyer has been found, ownership of LBCT has been transferred to a trust headed by a US national. However, Cosco and OOIL are conducting the negotiations, although Washington will have to approve the new owner.

Despite having to sell the LBCT concession, Cosco still has interests in two other container terminals in LA and Long Beach.

Offers are said to be somewhere below $2bn, although the worth of any container terminal depends as much on customer commitments as the value of quayside assets. OOCL is the principal customer at the moment. However, should Yilport acquire control, that could persuade CMA CGM to switch some of its vessel calls to LBCT.

By the time LBCT is complete, it will comprise 304 acres, and have three berths totalling 4,250 ft in length.