The Lloyd’s List Podcast: Looking beyond Brexit with the new head of the UK’s MCA

Brian Johnson, the Maritime & Coastguard Agency’s new chief executive, has taken over one of the toughest regulatory jobs in shipping just as the UK is teetering on the edge of Brexit, the UK flag is wilting under the political pressure and the fearsome pace of regulatory and technological change is disrupting established norms. Speaking to Lloyd’s List Editor Richard Meade on his inaugural podcast appearance, Mr Johnson sets out his stall and discusses the challenges that lie ahead 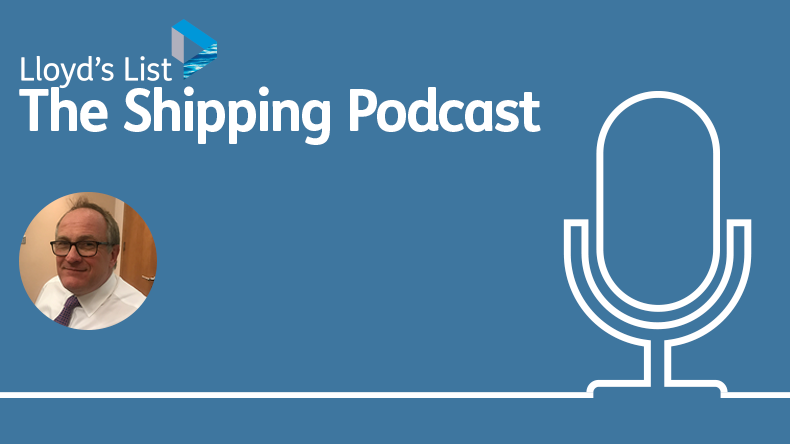 BRIAN Johnson replaced Sir Alan Massey as the UK’s Maritime & Coastguard Agency’s chief executive late last year, but as a newcomer to the maritime sector he knows he has a challenge ahead.

“You don’t get respect and trust as of right, you earn it,” he told Lloyd’s List when he dropped by to record this week’s edition of the Lloyd’s List Podcast.

While Mr Johnson’s background as a chemical engineer and the housing sector may not seem like an obvious fit for shipping, he has operated throughout his career at the interface of the private and public sectors and views the MCA as his dream job.

Speaking about his immediate agenda, safety inevitably tops Mr Johnson’s list, but he also recognises the scale of the challenges that lie ahead when it comes to growth in the UK maritime services sector, the UK flag, technological innovation, and then of course there is the small matter of Brexit to deal with…

Don’t forget, you can now subscribe to the Lloyd’s List Podcast via iTunes and Spotify, as well as most other podcast providers. And make sure you are registered for a free account on Lloydslist.com so you can receive our Daily Briefing e-mail.

The Lloyd’s List Podcast: Consolidation, costs and how to capitalise on shipping’s talent

The Lloyd’s List Podcast: Our outlook from the US