The National Audit Office says the Department for Transport’s procurement process for extra post-Brexit ferry capacity services lacked transparency. Even with the now-collapsed Seaborne Freight contract, the UK would have had less than half the extra capacity it needs from next month 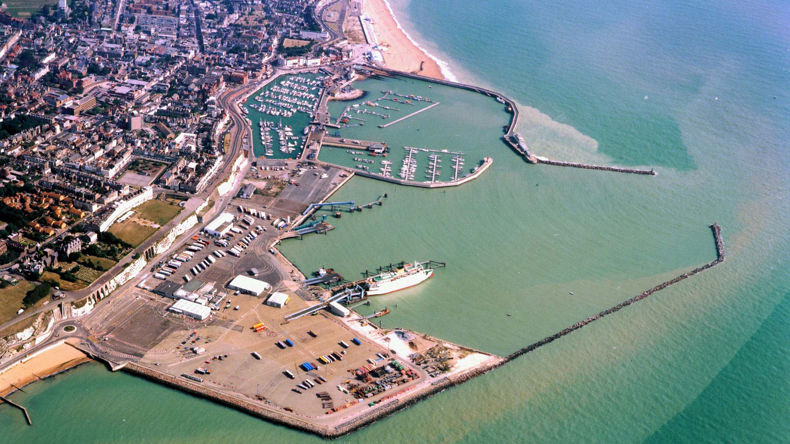 The service Seaborne had drawn up was physically impossible to operate, because the port of Ramsgate at present can only accommodate occasional ro-ro use.

THE UK’s Department for Transport used a “non-transparent procurement process” in its assessment of bids to provide post-Brexit back-up ferry services, according to a National Audit Office report.

Many leading ferry operators were simply not interested, while the ro-ro charter market responded to political headlines by tightening capacity, according to the study.

Even before the collapse of the controversial contract with no-ship start-up Seaborne Freight over the weekend, the extra capacity procured was only ever likely to provide the country with an 11% enhancement in ro-ro capacity, far short of the 25% believed to be needed, the public spending watchdog found.

Right from the start, the Seaborne Freight deal was identified as a “high-risk proposition”, the NAO added. On the brighter side, agreed contracts with DFDS and Brittany Ferries will go ahead as planned.

The DfT undertook initial assessment during October and November 2018, in the knowledge that arrangements had to be in place by March 29, when the UK is due to leave the European Union.

The department determined that the lead time for new ferry services is in the order of three to four months, with availability of ferry capacity on the global market diminishing.

It feared that if it made its actions public, there would be a risk that the market would react by reducing the number of units available to procure for UK routes.

However, regulations allow for the award of a contract to be expedited through a “negotiated procedure without prior publication” rather than public procurement in cases of extreme urgency.

Accordingly, the department took what it referred to as a hybrid approach. This involved pursuing direct awards with ferry operators, while seeking as far as possible to replicate the conditions of a transparent and competitive process.

Over November 16-27, the DfT approached nine operators under non-disclosure agreements.

The nine operators were issued with an invitation to tender and asked to submit bids by December 14.

“The department received three bids, which was fewer than it had expected,” said the NAO. “It informed us that the market had reacted quickly to the wider political climate.

“There had been an expectation that the draft withdrawal agreement and political declaration on the future of the UK-EU relationship would be finalised at the EU summit in October, or shortly afterwards.

“The department informed us that by early December operators were reacting to the increased risk of no deal and were less willing to provide more UK freight services.”

As Lloyd’s List reported last October, while ro-ros are in principle available for charter in the same way as any other vessel type, the market is tight. Even at the time, specialist brokers declared that there was “no way” suitable tonnage could be found in time.

The three deals which were signed — with Seaborne, DFDS and Brittany — were assessed as likely to provide extra freight capacity equivalent to around 11% of normal flows across the short straits, falling short of the anticipated 25% the DfT was looking for.

The NAO also reveals that evaluative criteria were heavily weighted towards the price elements of bids, which accounted for 80% of the potential overall scoring. Only the remaining 20% of the score addressed the quality of bids.

The bid from Seaborne was identified as “a high-risk proposition”, requiring a different approach to the other operators.

Although Seaborne was declared to have an experienced management team, it was “a new operation and any new organisation has the potential to face teething troubles”.

Seaborne did not currently operate from Ramsgate or Ostend and had not yet entered into binding contracts to use those ports.

While it had “identified ships for use”, it had yet to finalise contracts.

The service Seaborne had planned is also physically impossible to operate in current circumstances, because the port of Ramsgate can only accommodate occasional ro-ro use at present.

The DfT entered discussions to provide Ramsgate’s owner, Thanet District Council, with up to £3m to pay for infrastructure upgrade work, the NAO confirmed.

Grayling contradicted on use of public funds for Ramsgate contract