As the UK government struggles to defend the collapse of its £13.8m post-Brexit contingency contract with Seaborne Freight, it has emerged that attempts to shore up ferry port infrastructure with cheap loans have so far resulted in no ports taking up the offer 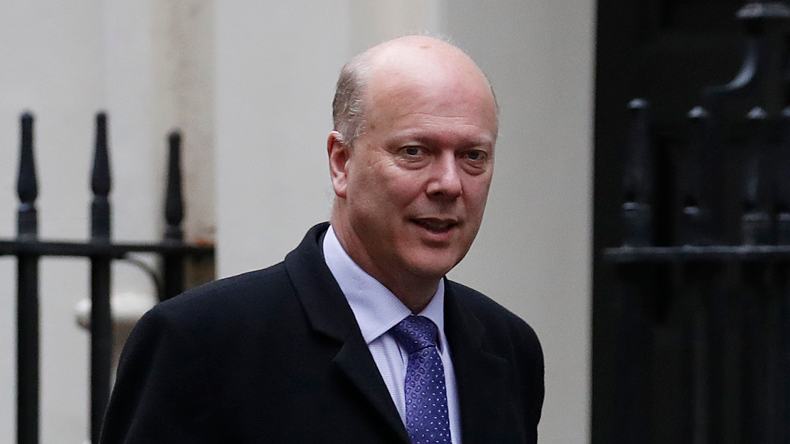 Source: © 2019 Frank Augstein/AP Grayling: Fighting for his political future after cross-party calls for his dismissal.

Ferry ports across the country were encouraged to apply for almost interest-free government loans for infrastructure upgrades including dredging, additional berths, space for storing vehicles and new link spans — a type of drawbridge used to move vehicles on and off a ro-ro vessel — a source said on condition of anonymity.

Seaborne Freight, one of three ferry companies to land UK government contracts to operate extra cross-Channel services after Britain exits the EU, had no ships and no track record

The move was designed to divert ro-ro freight traffic away from the country’s main ferry port Dover in the event of a no-deal Brexit leading to chaos at the port and long queues on motorways if additional border checks were imposed.

In December, the Department for Transport wrote to 20 English ports that either have existing ro-ro facilities or have had them in the past, offering them cheap loans for infrastructure upgrades.

DfT asked the ferry ports to sign a non-disclosure agreement (NDA) about the cheap money, the source said.

Lloyd’s List approached a number of ferry ports for comment. One confirmed the existence of the NDAs but could not say anything further.

“Hundreds of millions” was thought to be available in total from a number of ‘pots’, which included contracts worth £103m ($132.6m) handed out in December last year to ferry companies DFDS and Brittany Ferries, and the now defunct Seaborne Freight contract.

A source aware of the situation confirmed that while Seaborne had held lengthy discussions with Arklow last year, with a view to Arklow becoming a financial investor, no agreement was ever reached, and Arklow was never party to any contract with either Seaborne or the Department for Transport

The loans will have to be paid back, although at a very cheap rate.

Lloyd’s List understands that no loan deals for ferry port upgrades have been agreed with the DfT to date.

A DfT spokesperson said: “The Department has not made any loans to ports, nor do we have any plans to in the immediate future.”

Richard Ballantyne, chief executive of the British Ports Association, which represents many of the UK’s ferry ports, said that most UK ports should be ready in the event of a no-deal Brexit.

“However, some questions remain if the wider freight and logistics sectors will have time to adjust to new controls and reporting requirements. We are also unsure exactly what the arrangements will be for outbound traffic once it arrives at EU ports, but we understand that EU member state customs authorities are investing in new facilities and personnel at European ports.”

Peel Ports, which operates the London Medway ports cluster on the Thames Estuary, said it was looking for solutions to a no-deal Brexit and was in discussions with all partners and government agencies.

It released a ‘Brexit unlocked’ paper in November, which positioned its ro-ro facilities as an alternative to Dover, with access to Antwerp and Zebrugge.

Brittany Ferries – who along with DFDS also have a contract with the DfT to provide extra freight capacity in the wake of Brexit – said that all extra traffic would be handled by the ports of Portsmouth, Poole and Plymouth, all of which it serves already.

Of the three, Portsmouth will invest in an inland depot to hand any required customs controls away from the port estate.

“The bulk of any additional freight volumes would be handled by Portsmouth. We are working with our port partners and local and government agencies to control the flows of freight traffic,” said a spokesman.

“Portsmouth International Port has been heavily involved in preparations with Border Planning Teams, as Portsmouth has been identified as a ‘high impact location’ in the event of a no-deal Brexit. “PIP is also working on plans for an inland depot to check export freight away from the Port, this avoids causing traffic issues in the city.”

At the start of February HM Revenue & Customs said that goods shipped to Britain from the European Union would be waved through 20 UK ferry ports without the usual customs checks in a no-deal Brexit, to avoid major disruption.

Hauliers and freight forwarders will have until the end of the next working day after the goods arrive into the UK to submit customs declarations forms. They will need to submit safety and security information at least two hours before goods are due to arrive in the UK.

The DfT axed its £13.8m ($18m) contract with Seaborne Freight after it emerged that the company, which had no ships, lost the support of its Irish backers Arklow Shipping.

There were cross-party calls to sack Transport Secretary Chris Grayling this weekend following the collapse of the controversial deal.

This story has been updated to include a statement from DfT.