A document published last week suggested the majority of UK ports were unprepared for Brexit. But port industry representatives have reacted to the idea they could not cope with scepticism 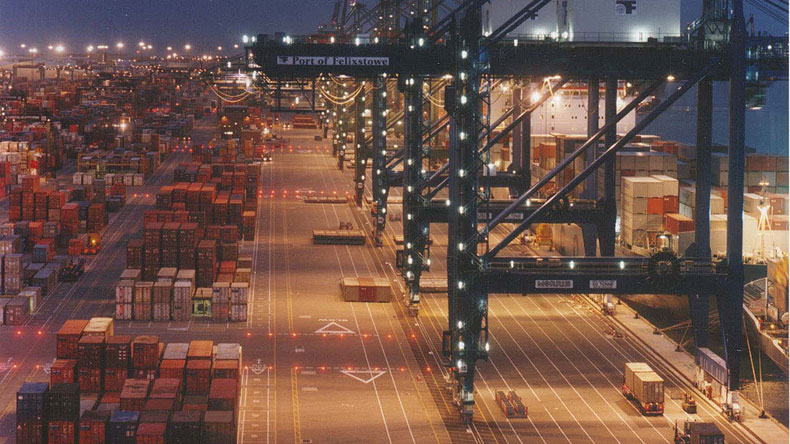 Hutchison Ports says its facilities are ready for Brexit on any terms, including World Trade Organisation terms.

HUTCHISON Ports, which operates facilities at Felixstowe, Harwich and Thamesport, has said it is ready to shrug off any disruption that Brexit may cause.

Just days after one report suggested 80% of UK ports were unprepared for leaving the European Union, the operator of facilities at Felixstowe, Harwich and Thamesport is one of two companies to have stepped up to show they are ready for any adverse impact.

“We offer a variety of solutions for companies moving goods between the UK and continental Europe, and already provide alternatives to the busiest cross-Channel routes for accompanied traffic, along with options to switch to unaccompanied trailer traffic or short-sea container services.”

The port of Bristol said its experience in trading with non-EU countries meant it has procedures in place to continue operating, even with a no-deal Brexit.

“Due to the high percentage of non-EU trade that we already handle, we do not foresee a no-deal Brexit causing significant problems,” Port of Bristol Co said in a publication. “All the systems and processes are already in place to deal with a no-deal Brexit.”

Two thirds of the cargo that Bristol handles comes from non-EU locations, the port said.

“We remain confident that our systems and operations will continue to function smoothly and efficiently once we leave the EU, whether there is a deal or not,” said chief executive David Brown.

“Bristol Port does not deal with food for people nor with accompanied ro-ro trailers. We have had excellent dialogue with the relevant government departments and we expect any additional administrative burden to be kept to a minimum. And the one thing that Brexit cannot change is our geography and we strongly believe our west coast gateway will enable us to thrive and flourish in the post-Brexit trading climate.”

A report published last week claimed eight out of 10 UK ports had undertaken little or no planning ahead of Brexit.

But port industry representatives reacted to the claims with scepticism.

“In many cases, the biggest ports already handle significant quantities of non-EU cargoes so already have the systems and processes in place for handling third country trade.”

UK sets out strategy for maritime sector to 2050