Debt restructuring is pending following a due diligence review of Brightoil being carried out at present. Plans include creditors taking a haircut, disposal of its Zhoushan oil terminal and refinancing its tanker fleet. However, the status of its vessels, with several commandeered, is still being kept under wraps

Creditors have launched legal proceedings against Brightoil and its subsidiaries, requesting repayment or even winding up orders 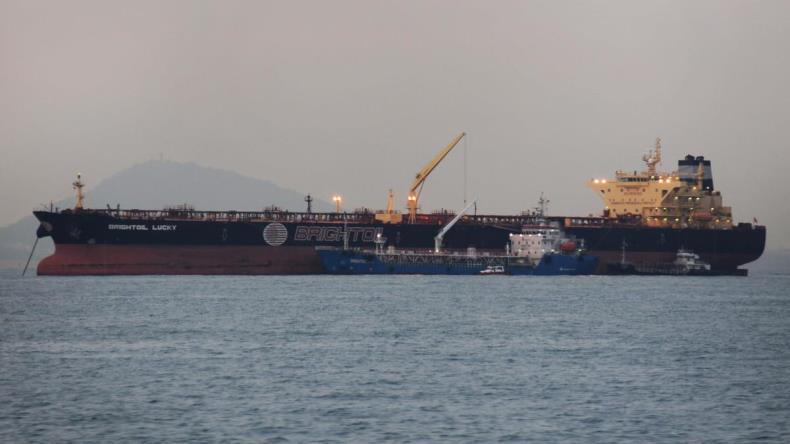 At least one very large crude carrier, one aframax and six bunker barges remain commandeered by the authorities.

PRIVATELY RUN Chinese oil and gas firm Brightoil Petroleum Holdings is struggling with its debt problems, with about $250m of creditor claims unsettled, according to the company’s latest updates.

The Hong Kong-listed company would require funding from a potential restructuring or otherwise to meet its outstanding debt obligations, it said in an exchange filing on Friday evening.

The workout programme, led by one of Brightoil’s key financiers and unveiled in November last year, is pending following a due diligence review of the debtor being conducted at the moment.

“The plans under consideration include renewal of existing credit facilities, takeover of existing loans by certain key financiers and/or disposal of assets of the group for raising capital to pay off a portion of the existing debts and enhancing liquidity of the group,” the filing said.

Creditors have launched legal proceedings against Brightoil and its subsidiaries, requesting repayment or even winding up orders.

Brightoil added that more efforts were being made to shore up its liquidity, in addition to the recent $700m financing agreement signed with CNOOC Group in December.

Those included the intended sales of assets and/or shareholding of Zhoushan Oil Storage and Terminal Facilities, which was initially announced in July last year.

“Further, the group is presently in discussion with financial institutions for refinancing of its oil tankers,” Brightoil said.

The company’s oil tanker fleet consists of five very large crude carriers and four aframaxes, which it agreed to charter out to Shell in November.

Among them, at least one VLCC and one aframax tanker — along with six of its bunker barges — were confirmed by the Supreme Court of Singapore to have been commandeered late last year. These ships remain on the Sheriff’s Sales list.

No updates were provided about the status of the vessels and the charter agreement.

Brightoil did not immediately respond to request for comment.