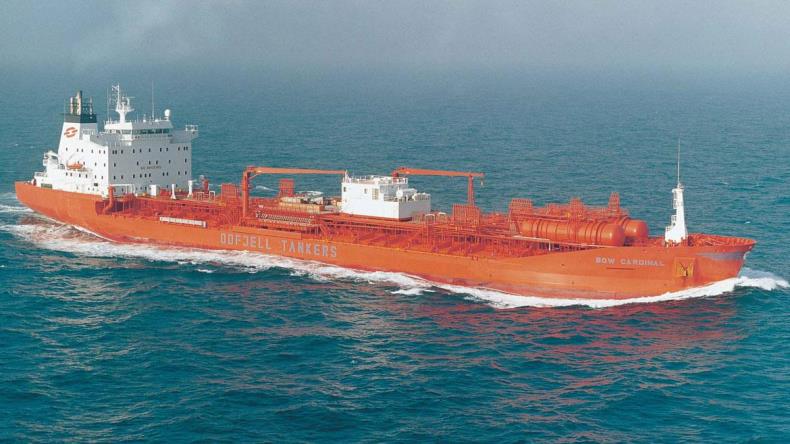 Product tanker rates have yet to see a rise in reaction to a recent move to remove levies on Indonesia's CPO exports.

CRUDE palm oil exports from Indonesia may hit one million tonnes if a zero export levy stays in force, but shipping rates for product tankers are not seeing any improvements as yet, say industry players.

The Indonesian Palm Oil Association, or GAPKI, projected that the country’s CPO exports may jump 10% to 15% after the export levy is reduced to zero, down from $50 per tonne previously, secretary general Togar Sitanggang said.

Mr Sitanggang estimated that Indonesia’s monthly CPO exports have already risen to between 800,000 tonnes and 900,000 tonnes, up from an average of 700,000 tonnes before.

“It would not be surprising that monthly CPO exports would hit one million tonnes if the zero export levy stays,” he added.

Indonesia has already exported 6m tonnes of CPO this year, about one-fifth of its year-to-date overall exports of CPO and other palm oil derivatives, GAPKI’s estimates show.

But one Malaysian shipowner suggested that any increase in Indonesia's exports is not expected to lift tanker rates as yet because these are coming at the expense of cargo volumes out of Malaysia.

The zero export levy, which officially kicked in about three weeks ago, was triggered by declines in CPO prices and is also not expected to stay permanently in force.

But at the local level another directive, a biodiesel mandate rolled out by the Indonesian government since September has bolstered domestic shipping volumes and vessel charter rates.

Such vessels that are typically used to carry domestic shipments or transport cargoes to key ports for export overseas, have to be flagged under Indonesia's ship registry.

Nova Mugijanto, adviser to Indonesian National Shipowners Association (INSA) pointed out that a move by the government to mandate the use of biodiesel blended fuel in vehicles and heavy machinery since September, is generally expected to drive expansion in domestic shipping volumes for CPO.

Lloyd’s List understands the Indonesian government is in discussions with industry bodies to look into ways to rein in domestic shipping rates.