A surge in ordering of liquefied natural gas carrier capacity has been one of the talking points across the shipping spectrum in 2018 and Greek owners have been behind a majority of the orders since the start of the year. No less than 33 LNG carriers, worth $6bn, have been contracted by Greece-based or Greece-linked companies in the last 12 months, keeping Greeks on course to challenge Japanese owners at the top of the LNG carrier owning league

With 33 confirmed orders so far this year and new players joining the sector, Greek owners remain on course to challenge the Japanese fleet as the largest presence in the LNG sector 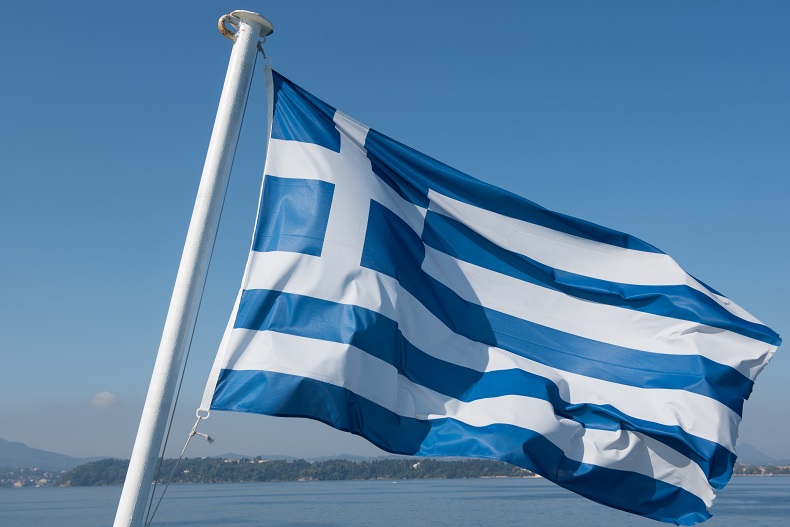 Greeks currently control about 17% of the world LNG carrier fleet of vessels of more than 65,000 cu m capacity, but are responsible for close to one-third of the world order book.

FOR Greece’s liquefied natural gas shipping community, 2018 has ended as it began — with a flurry of newbuilding orders, confirming it as one of the two most significant years since 2004 when the first Greek companies made their debut in what was then seen as a foreign sector.

Out of more than 50 new LNG carriers ordered in the past 12 months, Greece-based and Greece-linked owners have so far contracted 33 vessels, not counting options, and in so doing have committed to invest an estimated $6bn in the sector.

And the tally may rise as the last embers of 2018 fade.

Maran Gas Maritime, the LNG shipping arm of the Angelicoussis Shipping Group, is likely to decide to exercise its option for a second floating storage regasification unit before the end of the month. As with previous orders, the contract with favoured builder Daewoo Shipbuilding & Marine Engineering can be converted to a plain vanilla LNG carrier later if desired.

Alpha Gas, the LNG carrier business headed by John Angelicoussis’ sister Anna Angelicoussi, whose group also includes Alpha Bulkers and Pantheon Tankers, has a new contract for a further LNG carrier of its own with DSME, although it is pending an imminent final decision on whether to be made effective.

Alpha’s move to become a medium-sized energy shipping player, however, is already evident in the three LNG orders confirmed at DSME earlier this year. Two of these have already been chartered for periods of six-to-seven years with Cheniere Energy, the current charterer of its sole operative LNG carrier, the three year-old Energy Atlantic. Confirmation of a further vessel would promise to bring the fleet to five.

One-third of the newbuildings confirmed by Greek owners since the start of 2018 have been contracted by Christos Economou-led TMS Cardiff Gas. As Lloyd’s List reported earlier this week, the company has just hiked its order book to 11 vessels at Hyundai Heavy Industries and Samsung Heavy Industries. Nine of the 11 units are on long-term contracts to energy majors, with four committed to Shell, four to Cheniere and one to Total.

Of other existing Greek-linked players in the LNG sector, Peter Livanos-backed GasLog has seven newbuildings on order, five of which were confirmed this year. Once delivered, the vessels looks set to bring the fleet to 34 units, including 13 currently under affiliate GasLog Partners.

Meanwhile, Maran has inked three new contracts already this year, if the company’s first FSRU is included. The company has a leading presence among Greeks in the sector, with a total of 38 vessels, including 10 ships and the one FSRU at present on order at DSME.

Thenamaris, which built its initial three LNG carriers at Samsung in 2013-15, has shown it is not going to remain dormant in the sector by ordering two 174,000 cu m vessels at HHI. One of these has reportedly been linked with a Vitol charter.

Capital Gas inked orders for four firm LNG carriers at HHI, a series that could extend to 10 vessels if six options in two tranches are taken up in the new year.

The Latsis family group, represented by Latsco Shipping and Consolidated Marine Management, recently ordered its first two LNG carriers — something of a ‘first’ for the industry in being a debut backed by ready employment for the ships. The pair are said to have been chartered to trader Trafigura for five-year periods.

Andreas Martinos-led tanker company Minerva Marine has ordered its first LNG carriers, too — two at DSME and one at Samsung, all for 2021 delivery.

At present, Greeks control about 17% of the world LNG carrier fleet of vessels of more than 65,000 cu m capacity, but are responsible for close to one-third of the world order book.

With 11 owners now involved in the sector, they remain on course to challenge Japanese owners as the largest national presence in the industry.

Japanese owners, including NYK and MOL, have also been active in ordering vessels in recent weeks, but Greeks have out-ordered all-comers in one of the hottest years in memory for splashing on LNG carriers.

Red-hot spot market rates since September and relatively low LNG shipbuilding prices throughout the year have no doubt played their part in encouraging the binge.

But beyond that, a generally encouraging prognosis for world LNG supply, coupled with relative uncertainty about the longer-term prospects for the tanker and dry bulk markets, have increasingly drawn in major Greek owners that are confident of making the grade in the demanding LNG arena.