Not a subscriber?
Find out about tailored subscription packages:
T: +44 (0) 20 3377 3792
E: subscription.enquiry@lloydslist.com
Sign In
New to Lloyd's List? Register for our free email digests:
Register
Tags:
US States Ports and Logistics Regulation

US announces funding for port-related projects

The funds have been awarded under the Better Utilising Investments to Leverage Development (BUILD) Transportation Grants programme. That supports road, rail, transit, and port infrastructure projects across the US 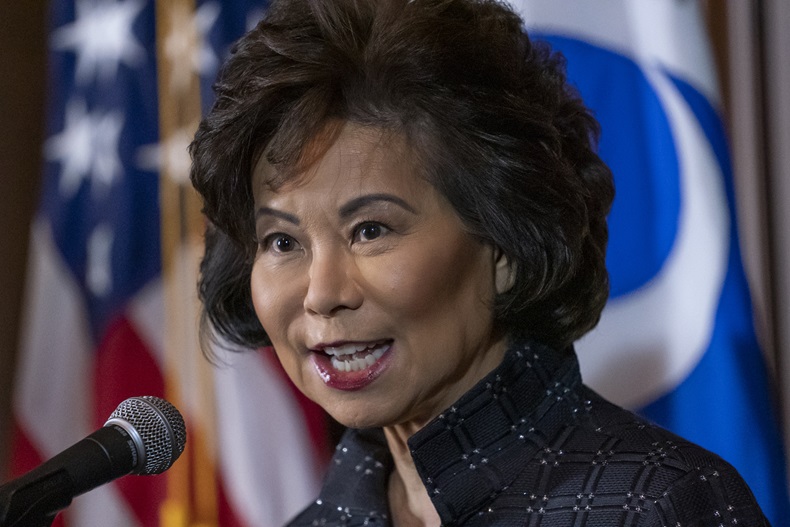 US TRANSPORTATION Secretary Elaine Chao has announced $1.5bn in grant funding to 91 projects across the country, 14 of them port-related with a value of $229.23m, or about 15.3% of the total.

The funds have been awarded under the Better Utilising Investments to Leverage Development (BUILD) Transportation Grants programme, which supports transport infrastructure projects.

“BUILD transportation grants are major investments in road, rail, transit, and port projects that serve as a down payment on this administration’s commitment to America’s infrastructure,” Ms Chao said.

Kurt Nagle, president and chief executive of the American Association of Port Authorities, lauded the BUILD grants, calling them “one of the few federal funding programmes available to public port authorities to help them pay for critical infrastructure to move and handle freight more efficiently”.

Mr Nagle said: “We’re pleased that port-related projects garnered nearly a sixth of the total amount in this round of BUILD. The $229m-plus in port-related awards will help leverage nearly $412m in total project costs.”

The 14 port-related projects range in funding from about $6m to $25m. The funds were awarded to specific agencies or locales and include:

• $25m  — South Carolina Department of Transportation (South Carolina)  — The Upstate Express Corridor Capacity Expansion Project will make freight rail infrastructure improvements in South Carolina. It will expand the Inland Port Greer (IPG), extend the IPG lead track, and lengthen the Carlisle Siding to approximately 15,100 ft. The IPG expansion includes acquiring additional equipment for the handling, loading, and unloading of containers and the paving of up to 40 acres.

• $7.5m  — Pease Development Authority, Division of Ports and Harbors (New Hampshire)  — The Market Street Marine Terminal Main Wharf Rehabilitation project will rehabilitate approximately 17,500 square feet of the Main Wharf at the Market Street Marine Terminal. It will replace the deteriorating wharf access bridge and decking in the area between the shoreline and the back of the Main Wharf.