Memorandum of Understanding includes a special focus on grains exports. The two sides seek to co-operate in ‘the optimisation of the internal transportation that is used to move soyabeans and other cargoes’

Brazilian government statistics show that northern ports such as Barcarena, Itaqui and Santarém have been rapidly expanding their share of grains transportation compared to traditional export routes, such as Santos and Paranaguá to the south 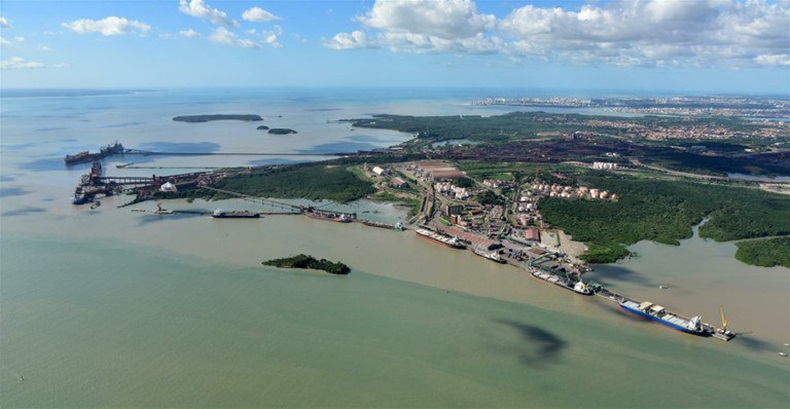 Source: Antaq Itaqui, in the Brazilian state of Maranhão, ranks third in importance among the country’s ports, seeing throughput of 8m tonnes of soyabeans and corn in 2017.

THE Panama Canal has signed a Memorandum of Understanding with Brazil’s port of Itaqui to promote trade between northern Brazil and the Far East, with a special focus on the transport of Brazilian grains to Asia.

“This agreement is very important to enable the handling of grains to Asia through the canal,” said Ted Lago, president of the Maranhão Port Administration Co, the Brazilian state agency that administers the port of Itaqui. “We look forward to a very productive relationship.”

Under the agreement, the two sides seek to co-operate in “the optimisation of the internal transportation that is used to move soyabeans and other cargoes from Brazil through the Panama Canal”.

Earlier this year, reports said that the amount of soyabean and corn moving through Brazil’s new port terminals in the north of the country reached 51.2m tonnes in 2017, 80% greater than in 2016, as traders increased shipments through terminals that are closer to export destinations.

Statistics from the Brazilian government agency Agência Nacional de Transportes Aquaviários (Antaq), showed that northern ports such as Barcarena, Itaqui and Santarém were quickly expanding their share of grains transportation compared to traditional export routes such as Santos and Paranaguá to the south.

The new terminals in the north are closer to markets in Central America, Europe and Asia, which reduces shipping costs and increases competitiveness of soyabeans and corn produced in northern and northeastern areas of Brazil such as Mato Grosso, Tocantins and Pará.

According to Antaq, the port of Itaqui, in the state of Maranhão, ranks third in importance among Brazil’s ports, seeing 8m tonnes of soyabeans and corn in 2017. It followed only Santos, with 26.6m tonnes, and Paranaguá with 15m tonnes.

These three northern terminals transported 23% of the total of soyabean and corn that passed through Brazilian ports in 2010, a number that nearly doubled to 41% in 2017. Between 2010 and 2017, the total volumes of the three ports’ grain throughput rose by 356%.

Brazil’s grain exports have found ready markets in the Far East, especially during the trade war between the US and China. In September, it was reported that Brazil exported 50.9m tonnes of soyabeans to China from January to August, or 78.8% of its total exports of the oilseed.

That output compared with 44.1m tonnes of soyabeans that Brazil exported to China in the same period in 2017, accounting for 77.5% of the country’s total soyabean exports, according to the country’s ministry of agriculture.

The agreement between the Panama Canal and the Itaqi seeks to build on that growth in trade, on the assumption that China will continue to import Brazil’s soyabeans. How long that assumption will stay valid remains to be seen.

Emerging reports suggest that China this month intends to announce the first batch of US soyabean purchases in which most, if not all, will be destined for state reserves, with the final decisions to be made by the country’s State Council.

Agricensus reported that Chinese state-owned buyers have bought up to 40 cargoes of US soyabeans, demonstrating a thaw in trade relations between the US and China. It said that there were 30 cargoes bought from the Pacific Northwest and a further 10 from the US Gulf.

Meanwhile, Panama recently reported its 5,000th neopanamax vessel through the Canal, as the 13,345 teu Cosco Faith transited southbound from the Atlantic to the Pacific on December 10.

“The steady increase in neopanamax transits reflects our customers' confidence in the Panama Canal route,” said Canal Administrator Jorge Quijano. “We reinforce our commitment to continually improve our service to better serve the industry.”

China-US truce brings shipping a touch of spring in December