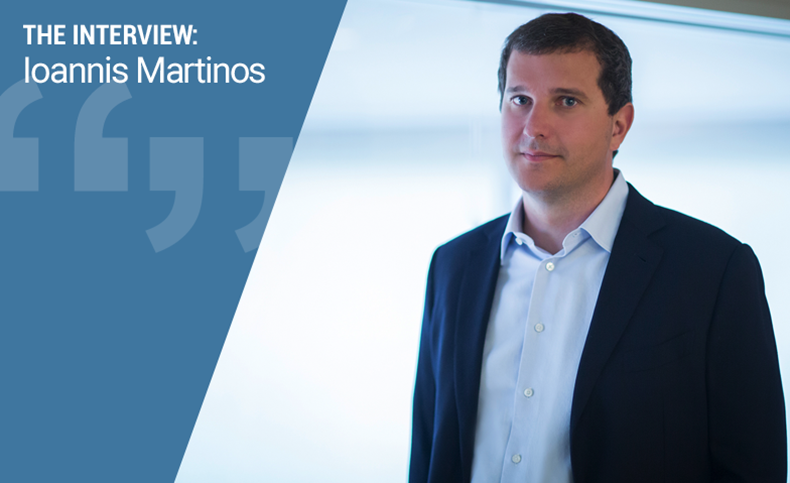 A flexible pool for the future?

DURING any conference about the future of shipping you are certain to hear some assertive point about disruptive outsiders penetrating the industry and displacing centuries-old institutions and ways of doing business.

But what happens when it is an industry insider, in the strongest possible sense, that is driving change? Is the so-called Uberisation of the shipping spot market still a rational concept?

“The complexity of chartering ships and finding the right ship and so on, is so much greater in the shipping industry, that the connection (with Uber) falls apart when you add this complexity,” Signal Group chief executive Ioannis Martinos recently told Lloyd’s List in an interview.

In mid-2014, Mr Martinos left his position as co-chief executive of Thenamaris, the Greek shipping company founded by his family, to venture out on his own and set up a new commercial shipmanager.

Combining a traditional shipping background, as a member of one of Greece’s most formidable shipping families, and a clear belief in the advent of digital technology in the industry, Mr Martinos is adapting to today’s market demands and capitalising on what is a largely untapped space.

Signal Group is off to a strong start and the tide appears to be strongly in its favour. But 2019 could turn out to be a test of how positively Mr Martinos’s vision is perceived.

A flexible pool for the future?

In September, it soft-launched an aframax pool and expects to officially begin operations in January 2019.

Commercial pools are a demanding enterprise, as managers have to appease a number of different owners concurrently.

A pool’s financial performance is the primary concern for owners, Mr Martinos said.

But a second important parameter is convincing them of the way the pool distributes profits and trying to satisfy everyone in the process — a considerable challenge.

“The way [traditional pools] have tried to handle this is by having minimum commitment periods for a ship to stay in a pool. But this is one of the friction points for which owners are not that willing to try out a pool, because they do not want to lock themselves up for a long period of time,” he said.

Differentiating itself from typical larger pools that are founded on fixed time commitments by members, Signal has sought to be more innovative by giving greater flexibility for entry and exit at will.

While Signal’s approach gives owners a great degree of freedom, it can also make the allocation of the pool’s earnings more complicated. Mr Martinos explained that Signal continuously evaluated any surplus or deficit of value in the pool when a vessel changes location between entry and exit.

For instance, if an owner enters the vessel in the pool upon loading a fronthaul cargo and removes the vessel at the end of that shipment, the pool capitalises by amassing the revenues from the loaded shipment and avoiding the under-performing backhaul voyage altogether.

Such a discrepancy means the pool must fairly reimburse the owner of the outgoing ship for its contribution to the pool. Mr Martinos believes Signal has done very well in assessing such predicaments to deliver in a way that satisfies all stakeholders.

Despite improving attitudes, Mr Martinos believe the shipping market is still quite suspicious of pools because the bigger ones underperformed when the market was tight.

“It is all relative. It is not going to be perfect. But we think we can take one significant step forward in terms of satisfying people in this respect,” he said.

With the aframax pool officially starting in January, Mr Martinos would be comfortable with adding one vessel to the pool per month over 2019.

But with mounting interest by larger players, the ship manager’s fleet could increase by up to 20 or even 30 vessels by the end of the year, he said.

Though separate entities, Signal Maritime’s ambitions are powered by the group’s digital platform and the attention it has already amassed.

The Signal Ocean Platform aggregates data from various sources including e-mails, brokers and others to help owners and charterers secure the most favourable spot charter deals.

The platform is already used by companies, including of course Signal Maritime, whose suezmax, aframax and very large crude carriers account for 50% of the spot market.

Mr Martinos did not downplay his ambitions: he wants that share to increase to 100%, making the platform an obvious tool for companies in the industry to use.

“It does not have to be the only one, but we want it to be in the roster of tools that everyone uses,” he said.

By his own admission, the venture took much longer to set up than he expected, as the sheer mathematical challenges of building a system that was good enough was greater than initially estimated.

The platform took three and a half years to reach a satisfactory level, instead of the two Mr Martinos had initially estimated.

“There is a threshold you need to cross before people consider that what you have built is actually useful. And crossing that threshold for the shipping space was actually a bit harder, mathematically speaking — or engineering speaking — than one would have thought,” he said.

The market feedback thus far has been encouraging. Mr Martinos said that not a single tanker company that had been presented the platform had said it would not use it.

“We had some companies that said this is the best thing since sliced bread,” he said, while others told them they found it interesting and would try it out.

Having a largely Western-focused clientele thus far, Mr Martinos recently branched out to Asia through a publicised visit to Singapore and claims he has already seen interest from Asia-based operations since.

Warnings of a hibernating shipping industry being disrupted by external forces that see the potential of an untapped digital space have been raised frequently over the past few years.

And one of the casualties of increased digitalisation and disruption are said to be mediators, and, not least of all, ship brokers.

At first sight, Mr Martinos’s smart platform may look like the incarnation of that omen. But he is adamant it is not. In fact he believes it only complements shipbrokers.

“If a company makes hammers and they want a hammer to be in every household it does not mean that the handyman will disappear, right?” he said.

All the platform does is make the process of feeding information faster and more enjoyable, allowing for more focus on the high-value-added part of the process, as opposed to spending a considerable part of the day trawling through information.

“It is just a tool for the markets. It actually relies on the brokers to provide the data that the system feeds on, the same way a shipping professional feeds on the information brokers provide today without the platform,” he said.

Not only does he not view brokers as the competition, he sees them as the next target audience for the platform.

Having established a good rapport with owners and charterers, Mr Martinos wants brokers to use the platform and admits that the company is still behind on that front.

The platform will not help owners prepare for the cap. But Mr Martinos hopes it can help them react faster than they would without it.

“The ultimate footprint of a regulation is a change in how the market works. It might be a small or a big change,” Mr Martinos said.

The idea is that the platform helps users understand quickly how trading patterns change in the sector, he said.