Hong Kong: a maritime leader at the centre of a world-class network


Whether assessed objectively or subjectively, Hong Kong stands in the top tier of maritime centres and makes a massive contribution to the world’s leading maritime nation 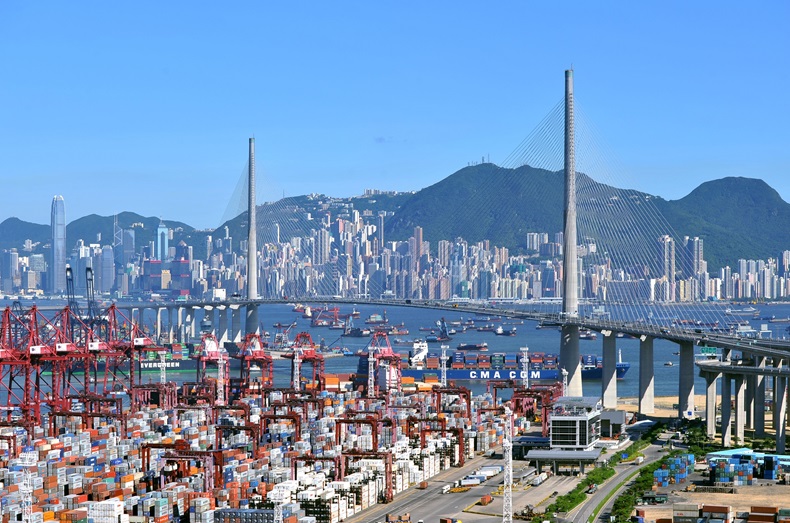 In their 2017 report on The Leading Maritime Capitals of the World, Norway’s Menon Economics and DNV GL place Hong Kong a creditable seventh in the table, with two other mainland maritime cities in China, Shanghai and Guangzhou, at fourth and fifteenth respectively.

Meanwhile, in their report The Leading Maritime Nations of the World, which was released in mid-October 2018, China (including Hong Kong) was placed on top of the pile. China appeared in the top four on all the maritime pillars: #1 for shipping and ports & logistics, #3 for maritime technology, and #4 for maritime finance and law.

It’s worth studying these two reports to recognise that there are objective and subjective factors at work. All cities will celebrate their supposed strengths and take issue with their supposed weaknesses, however it is often said that shipping is a people business that uses vessels to move cargoes between ports. People make decisions, not ships or ports, and people will decide where they are most comfortable locating their head office, where they feel most free to conduct their business, and where they see the future lying.

So what are the factors that, in Menon’s view, drive attractiveness in a city? They include a strategic location, a stable political framework, and proximity to a large customer-base. Hong Kong can tick all these boxes. There is a large pool of talent – some of it locally-sourced, some drawn from overseas – and “a rich and open flow of knowledge and ideas”. Further, the city boasts what Menon calls “a solid and predictable legal framework”, specialised universities and research institutions, and an abundance of suppliers and service providers.

It has heritage, a thriving community, and a vision for the future.

China (including Hong Kong) is unassailable in terms of rank, but it needs to build on its foundations in specific sectors such as insurance premiums and technology. They should not be beyond reach in the near term. This is exactly where Hong Kong can step in and leverage its strength to support and contribute.

All of which makes Hong Kong’s ranking of fifth in the 30 nominated cities for their shipping portfolio so impressive. In a survey for the report, respondents were asked which cities would be their preferred relocation for head office. Hong Kong ranked in the top three. As for ships registered, the Hong Kong Shipping Register ranked fourth globally in terms of deadweight tonnage. In terms of number of listed shipping companies, its 10 listed shipping companies placed it fifth after Oslo, Athens, Tokyo, and Singapore.

Hong Kong is high in the rank of financial centres (fourth) and of financial centres with a maritime specialism (sixth). It also comes fourth for the number of leading maritime legal experts practising in the city, although it slips in terms of insurance premiums collected on a city basis. It’s rather the technology rankings which influences the overall ranking of the city.

When it comes to how we should recognise Hong Kong’s place in the maritime world, certainly it is an important contributor city to China’s status as top nation and also a maritime centre in its own right, punching well above its weight, highly regarded by shipping professionals outside the city, maintaining very close links with shipping decision-makers in the mainland and equally close connections with decision-makers across Asia, Europe, and North America. For one thing, Hong Kong’s supreme connectivity between the Mainland China and the world is pivotal not only to the rapid development of the mainland ports but also to the increasingly thriving maritime business in the nation as a whole.

In the Leading Maritime Nations report the authors ask an intriguing question: “Is being leading paying off these days?” They argue that there’s a strong relationship between the success of a country and job creation, profits, and GDP contribution. As more people are employed, more profits are generated, which organically entails other benefits for the nation to be perceived as ‘leading’. So far, the authors admit, they have not been able to objectively measure this relationship.

It’s in understanding shipping’s complex network – its nodes and connections, its unwritten strengths and informal associations – rather than just its hierarchies that we should see Hong Kong’s place. To be a ‘leading’ maritime city pays off in ways that are hard to measure objectively. This is why many responded positively when Menon asked: If your company should relocate, which city would be the most attractive location for your headquarters/operations units?

It is almost a generation since the Handover of Hong Kong to China, and world trade has undergone a revolution in that time, mainly driven by China itself. Despite fears that Hong Kong’s role as a link between East and West would be diminished, many in shipping believe it is deeply satisfying to find through two reports released on the other side of the world that Hong Kong is still up there both objectively and subjectively.

There is always a need to assess the current position, plan for the future, and work towards it in a structured and positive way. Hong Kong’s positioning as an international maritime centre and its wide global network suggest it’s well on course to maintain that status and will continue to flourish.

The most encouraging factor influencing Hong Kong’s maritime future is the unwavering support from the administration to continue to invest in developing the maritime cluster by leveraging its strength and maximising the potential enabled by the Belt and Road Initiative and Guangdong-Hong Kong-Macao Greater Bay Area and upgrading the skills of the people in whose hands the cluster’s future will rest.