Sulphur cap not the only concern in 2019: Lloyd’s List webinar to discuss


The Lloyd’s List 2019 Outlook webinar on November 29th will, of course, assess preparedness for the global sulphur cap, however other key issues will be on the agenda 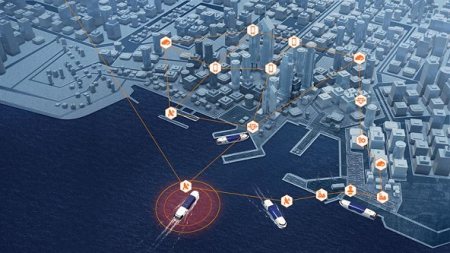 The global maritime issue most likely to hit shipping over the next 10 years is a cyber-attack, according to the Issues Monitor 2018 as created by the Global Maritime Forum, an industry think tank. Such an attack would have a significant impact on maritime, yet industry leaders represented by the Forum are worried that shipping is least prepared for a cyber-attack of all the threats.

Experience of a cyber-attack, or more likely a series of smaller attacks whether targeting shipping or not, has changed the perception of digital fears for the half-dozen openly-acknowledged victims in 2017 and 2018. These are the companies most likely to invest in protection in 2019, along with competitors similarly exposed to data theft. So, when casting an eye over the maritime threat-scape in the year ahead, it’s more than likely that cyber security will be high on the agenda.

“Experience of a cyber-attack has changed the perception of digital fears for the victims in 2017 and 2018; these are the companies most likely to invest in protection in 2019”

The next two issues most likely to emerge over the coming decade – energy price fluctuations and changing trading patterns – can also be expected to feature in 2019. They both reflect geopolitical tension, which has been building in Asia, Europe, and the Americas over the past two years. The flow of energy resources from producer to consumer is beset with interruptions from sanctions to trade deals via price hikes. Always has been, always will be; but political instability feeds through to economic action more rapidly than ever.

With about 40% of world seaborne trade related to the transportation of energy cargoes, price fluctuations have a massive impact on trade flows and volumes. Shipping, a servant of trade, responds as it can. The rise of the United States to a position as a net exporter of energy in the next few years could alter global energy trade patterns, the latest stirrings of which will be seen in 2019.

A transition in trade patterns will be exacerbated by moves to comply with the Paris Agreement on Climate Change, with its reduction in emission of greenhouse gases. As the automotive sector heads away from fossil fuels, shipping will see reduced demand for traditional energy business.

Besides cyber security, energy price fluctuations, and economic instability – which will impact shipping indirectly but whose effects must be protected against on a company-by-company basis – the Global Maritime Forum highlighted industry-specific threats, such as skills shortages and availability of finance. The significance of these has been increasing over the past five years, and they are expected to be high on the agendas for senior human resource and finance officers.

The arrival of digitalisation, an enabler of growth and innovation rather than a simple solution to every maritime problem, has already started to excite and terrify CEOs in equal measure. According to the think tank’s report, the top three digital issues both in impact and likelihood of occurring over the next decade are big data, blockchain, and the Internet of Things.

In different degrees, these are already on their way to becoming integral parts of the way shipping companies operate. The capabilities of data-gathering and analysis are understood, and increasingly big data will be driving better decisions: of these three, big data will have the most impact in 2019. Blockchain, IoT, AI, robotics, and 3D printing will be talked about, and experimented with, but it’s unlikely the industry will be transformed by any of these opportunities in the coming year.

But however urgent these concerns appear to be for the Global Maritime Forum and for the industry leaders that contributed to the Issues Monitor, decarbonisation is likely to dominate thinking in the short term. Because this report looks ahead to issues likely to have greatest impact over the next decade, it was concerned with IMO’s strategy to cut greenhouse gas emissions by at least 50% by 2050 over 2008 levels.

However, vessel operating teams have a much shorter deadline to meet in transitioning from 3.5% sulphur fuels to 0.5% fuels, with only the next 12 months to achieve this goal. The year 2018 saw a build-up of concern as ship owners, energy majors, bunker suppliers, class societies, flag and port states, scrubber manufacturers, and many others accepted the need to take decisions regarding compliance sooner rather than later.

If this has been the dominant topic of conversation in 2018, it will be all-pervading in 2019. Detention for non-compliance is an all-too-likely consequence of failure to prepare adequately. Balancing the fuel options for specific ships has been done, investment choices already made, but operators and charterers can’t take any chances. So IMO’s global sulphur cap is likely to be the supreme focus for 2019, bar none. Cyber threats, geopolitical tension, and longer-term energy price fluctuations can be accommodated as and when.

The Lloyd’s List 2019 Outlook webinar on Thursday November 29th will address these issues. IMO 2020 will be high on that agenda, however we’ll also be assessing how geopolitical tension will impact the dry bulk, tanker, and gas sectors; how the elements of digitalisation could begin to make material changes to the way companies are run; where the growing skills shortage will hit hardest; and who will be the next victim of a cyber-attack.

Join us for 2020 vision on the 2019 Outlook for shipping, click here to register for free.