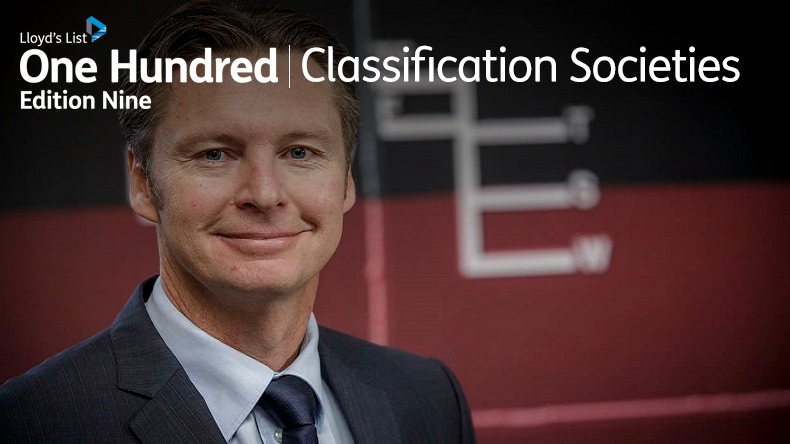 DNV GL remains at the helm of classification and has jumped considerably ahead of the competition in 2018. It claims yet again the greatest share in the general cargo, unitised and combined carrier fleets.

Class of 2017: the year that cyber security became a thing

The organisation remained at the forefront of innovation, agreeing with DSIC a joint development programme for the design of a liquefied natural gas-fuelled 23,000 teu containership, unveiling the design for an LNG-fuelled ore carrier, issuing autonomous vessel guidelines and cyber security class notations.

Mr Ørbeck-Nilssen also spent half of this year as chairman of the International Association of Classification Societies, ushering in potentially consequential changes in IACS membership and strategy and adding to DNV GL’s legacy as a defining force in classification and maritime safety.

THE biggest classification society in terms of deadweight tonnage and number of vessels saw a slight decrease in gross tonnage this year, but still controls the bulker market by some distance.

Despite its losses, the Japanese organisation is very much thinking ahead, with Mr Fujiwara implementing a five‐year technology development plan concluding in 2021.

Among ClassNK’s contributions to safety and innovation this year was the release of guidelines on autonomous vessel design and operations. The organisation is also mindful of the need to adapt and change and amended a number of its class rules this year.

2018 was a good year for ABS. The classification society significantly boosted its tonnage, extending its lead in the tanker market and growing its share in gas tankers and unitised vessels and participated in some high-profile projects. 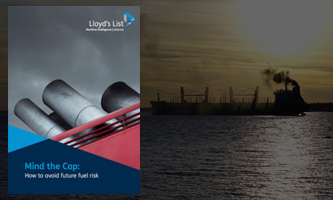 Among its more notable milestones this year, ABS partnered with Greek-based Probunkers to provide technical support for the design and construction of a specialist LNG bunkering fleet of tankers. It also launched electronic certificates for all of its classed vessels.

It further committed in June to having a fully operational predictive maintenance service within less than 18 months.

THE UK-based organisation marginally grew its fleet in 2018, maintaining the biggest share of the gas tanker market and holding the second and third places in bulker and tanker fleets, respectively.

Its fleet gains may not have been as impressive as some of its main competitors, but Lloyd’s Register is nonetheless a central fixture in environmental and digital innovation endeavours, two areas whose importance in the industry will only grow as time goes by.

Pointed examples this year include the launch of a demonstrator that can register ships into class using blockchain technology; and a partnership with HHI to explore the use of blockchain in shipbuilding.

A RATHER dry year saw Bureau Veritas suffer a barely noticeable loss in tonnage in 2018. Bulkers make up for more than a third of its fleet and it claims the third-largest share in the general cargo and passenger vessel segments. 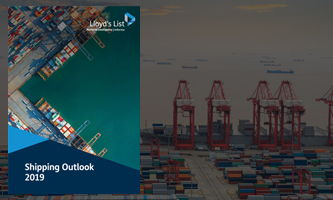 BV also issued electronic certification for its vessels, new cyber security and autonomous shipping notations and guidelines and teamed up with online marketplace provider [bluester] for the online procurement of maritime services.

The French organisation, which will class CMA CGM’s nine 22,000 teu LNG-fuelled boxships, is a vocal proponent of the fuel and will certainly vie for more of that business, particularly as environmental regulation could boost its demand.

THE biggest relative winner of 2018 is the China Classification Society, which increased tonnage by almost 12% this year, backed by notable gains in bulkers, tankers and unitised vessels.

Construction also began in 2018 in China on the 771 sq km testbed for autonomous ships, a project co-launched by CCS.

There were also important internal changes made as Mo Jianhui took over the leadership of the CCS from former chairman and president Sun Licheng, who stepped down at the end of last year.

AFTER a rough 2017 that was marred by the very large ore carrier Stellar Daisy sinking — which has left 22 seafarers unaccounted for — and the subsequent investigation, 2018 saw the Korean Register lose tonnage.

Almost half of KR’s fleet is in the bulker market, while a considerable share is also in the tanker segment.

Chief executive Lee Jeong-Kie took over the IACS chair in July for a year, which also offers an opportunity to elevate the classification society's profile and effect change in the industry that could positively impact KR as well.

RINA maintained and grew its supremacy in the passenger sector but added considerable tonnage in bulkers and other segments as well, to grow by almost 9% in 2018 overall.

In September, it announced it had signed an agreement with Jinling Shipyard for supervision over the construction of 12 hybrid ro-ro vessels, to be delivered between 2020 and 2022 to the Grimaldi Group-owned Finnlines.

RINA continues to play an important role in the issuance of certificates to South Asian yards for compliance with the IMO’s Hong Kong ship recycling convention, therefore contributing to upgrades in facilities in the region.

GROWTH continued in 2018 for the Indian Register, with tankers claiming more than half of its tonnage.

The IR has sought to embrace digital tools to improve its offering, issuing electronic certificates for all of its classed vessels this year.

Despite its highlights, IR could seek to better its performance in 2019. Port state control organisation Paris MOU placed it in the medium performers division during its annual review, putting it below most of its fellow IACS members.

Mr Sharma has an opportunity to further raise the IR’s prominence and boost future prospects when he becomes the new IACS chairman in July 2019.

TONNAGE grew only slightly in 2018, but tankers and general cargo vessels each account for more than a third of the Russian Maritime Register’s tonnage.

Among the year’s highlights is the classing of 10 new aframax tankers currently under construction and on order, as well as an ice-classed shuttle tanker to be owned by Rosnefteflot.

The organisation also reviewed and updated its class rules and documentation requirements for ship automation.

Since last year, the RS Class has held the chair of the IACS Safety Panel, a role that will run until the end of 2019, presiding over fundamental functions like support for IACS activities at the International Maritime Organization.