Against the backdrop of a US energy export boom and a president with a mantra of making America great again, the US’s main port for the export of crude oil, natural gas and propane has been handed a boost after Donald Trump told officials to hurry up and remove the obstacles to its expansion. This joint analysis from Lloyd’s List and Icons of Infrastructure looks at the potential for long-term growth at America’s fourth-busiest port 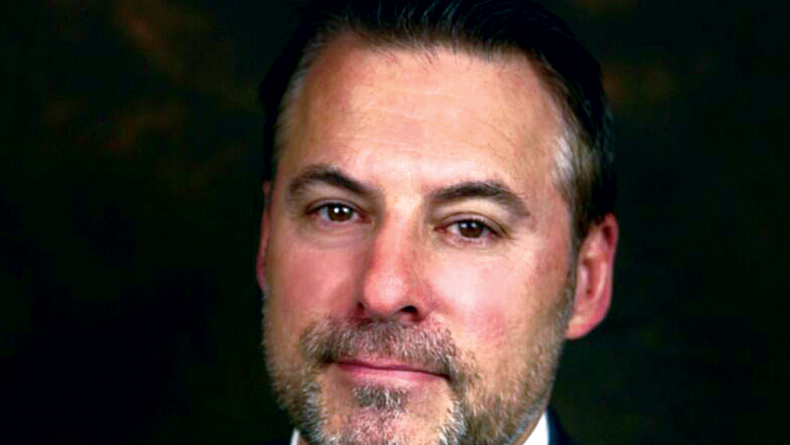 Port of Corpus Christi chief executive Sean Strawbridge thinks it unlikely that China will hurt itself with tariffs on energy, and that reducing the US trade deficit with China will involve a strong energy component.

PORT of Corpus Christi’s long-delayed channel improvement project may find itself back on track and treated as a priority after the upgrade received explicit support from the Oval Office.

“Whatever you can do for the great state of Texas,” the president told Mr Wheeler. “This way, they can bring the giant ships right in, fill them up, and they go out.”

Mr Trump’s personal intervention comes months after the port priced and sold $216m of bonds to deepen and widen the channel, as well as to finance other upgrades. However, it is unclear just how much can be done to expedite the estimated $360m project.

“We look forward to helping in any way we can,” an EPA spokesperson told Icons of Infrastructure, a Lloyd’s List sister publication. He declined to provide any specific information on what state leaders the administration would reach out to, or what steps the agency would take to advance the project.

The channel improvement project entails deepening the ship channel to 54 ft from 45 ft currently; widening it to 530 ft from 400 ft; and adding extra dedicated barge shelves. The development is due, in part, to Congress’ December 2015 repeal of a 40-year ban on exporting crude oil.

Port of Corpus Christi chief executive Sean Strawbridge told Icons of Infrastructure that the repeal had been a “major growth sector” for the port, since large consumer markets in China and India were increasingly importing crude oil from West Texas. He added that there was currently not enough takeaway capacity in the field.

Corpus Christi is the fourth-largest port in the US in terms of total tonnage. The US energy export boom, and the port’s proximity to both the Eagle Ford Shale and the Permian Basin, has made it the nation’s main portal for the export of crude oil, natural gas and propane. 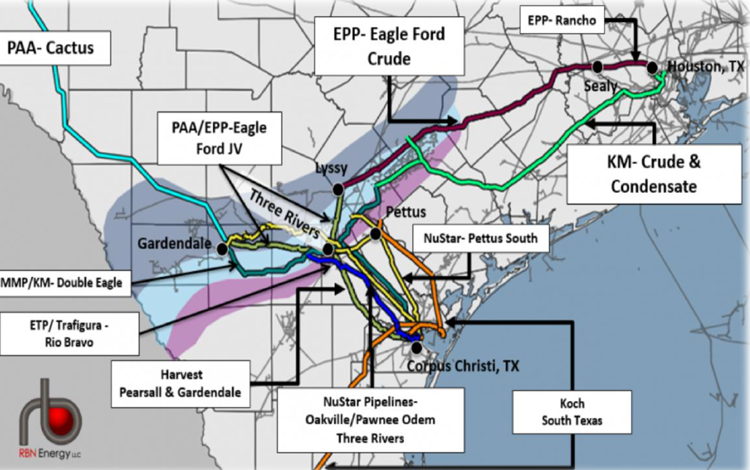 Houston-based Cheniere will on November 15 commission a new LNG export terminal at the Port of Corpus Christi. The project is being designed for five trains with expected aggregate nominal production capacity of up to 22.5m tonnes per annum (mtpa) of LNG, according to the company.

“As part of our capital programme, we have to build more docks, storage facilities, and additional rail capacity to export America’s industry and meet global demand,” Mr Strawbridge said. “As Cheniere Energy’s first train is slated to become operational next month, we need to be ready with a deeper channel and storage facilities so that we will be able to load in competitive and safe fashion.”

Cheniere Energy did not immediately respond to questions regarding the channel improvement project. The company’s chief executive Jack Fusco, alongside the chief executives of Buckeye Energy, Howard Energy Partners, NuStar Energy, Occidental Petroleum Corp and Plains All American Pipeline, urged President Trump in a letter in January to support the channel improvement project.

They wrote: “Completion of the channel improvement project would allow very large crude carriers to navigate the channel allowing larger shipments of exported oil and gas to trading partners in the global marketplace.” The letter also noted that the port currently generated approximately $20bn in economic activity for the state of Texas, including nearly $5bn in personal income, as well as $353m in state and local taxes and 80,000 port-related jobs.

Despite those benefits, a lack of funding has resulted in a more than 20-year delay for the project.

The US Congress in 1990 authorised dredging the ship channel to 52 ft, but the body did not authorise funding for it until 2007. A decade later, the port signed a partnership with the Army Corps of Engineers to pursue the project. Mr Strawbridge said that, at the same time, the port accelerated $32m of its total $130m cost share in order to fund the effort, and transferred another $78m to the Army Corps of Engineers.

Mr Strawbridge said that the federal government has to date provided the port with its $230m cost share to fund the channel improvement project. He added that, to date, the port has transferred $78m to the Army Corps of Engineers.

The transactions comprised: $32m in October 2017 following signage of a project partnership agreement; $12m in May prior to the advertisement of Contract #1, which the Corps has not awarded; and another $34m in August for financial year 2019 obligations. The Port is obligated for $52m, under the current cost agreement.

Notably, the port in July 2018, priced and sold roughly $217m in senior revenue bonds to support the channel improvement project, as well as future capital projects. Wells Fargo acted as lead manager for a syndicate including JP Morgan, Citigroup and Frost Bank.

Proceeds from both bonds will also make a deposit to a debt service reserve sub-account in the amount of six months of Mads — maximum annual debt service, the upper limit of cash available that a company has to make principal and interest payments on outstanding loans for a period of one year.

Moody’s Investor Services assigned an A1 Rating to the debt, while Standard & Poor’s assigned it a rating of A+.

Mr Strawbridge attributed the delays to the Corps having been overburdened with flood control and risk mitigation. The body in June of this year announced more than $509m in funding for multiple projects in Texas. Those include flood mitigation and critical work for the Brays and Buffalo Bayous, as well as the Matagorda and Corpus Christi Ship Channels.

Nicholas Laskowski, project manager for the Army Corps of Engineers said that it had a contract out for solicitation in June, but received bids that exceeded 125% of the estimated cost of the contract. The Corps thus began working with the port to identify other options since it could not award a contract of that size.

Mr Laskowski said the Corps has since converted the solicitation to a negotiation, and is currently  reviewing some of the submitted proposals.

“If we can come to an amicable agreement, we estimate awarding the contract in early February 2019,” he said. “The corps is pleased to be partnering with the Port of Corpus Christi, and others that are leading the nation in strategic oil imports.”

The channel improvement project II will also include the development of a portion of the port called Harbor Island.

Harbor Island is the first stop in the channel, and used to be a crude import facility for Exxon, Mr Strawbridge said.

“We removed the pipelines, and are now looking to develop it as a crude export facility,” he said. “Right after the Army Corps of Engineers gets the ship channel to 54 ft, we will start channel improvement project II.”

Corpus Christi announced that it will partner with global asset manager The Carlyle Group to build a crude oil export terminal capable of handling VLCCs. Expected to be operational by late 2020, the terminal will include two new loading docks, additional crude storage tanks and dredging of the port's channel to at least 75 ft deep.

A spokesperson from The Carlyle Group estimated the project's cost at roughly $1bn.

Part of Harbor Island’s attractiveness as a development is its access to deep water. Mr Strawbridge said feasibility and environmental studies for the project are under way. Permits are expected in the middle of next year.

Unlike the initial widening project, though, channel improvement project II will be a public-private partnership.

Capt Jeffrey Monroe, senior port and maritime management consultant at HDR, said that public-private partnerships are increasingly becoming attractive for smaller ports that depend on the state for financing. He added that, while larger ports generally have money reserved for capital improvements, companies looking for long-term arrangements with ports are using public-private partnerships to ensure that they get a foothold there.

“Public-private partnerships are a great way to approach this because it benefits both sides,” Capt Monroe said. “As a port director, I know I’ll be getting a long-term tenant since they won’t want to put money into a port and then let their facility lie dormant. The interesting thing is that port directors have to recognise the level of control they give up when they become a ‘landlord port’.”

Mr Strawbridge noted that more ports are now looking to take control of their destiny by pursuing public-private partnerships. For example, Ports America, the largest US port operator and stevedore, has entered into public-private partnerships for the Port Newark Container Terminal in Newark, NJ, and the Seagirt Marine Terminal in Baltimore Maryland.

Mr Strawbridge said the port will request between $100m and $120m of the $570m omnibus spending bill for channel improvement project II, but will be able to match capital more than dollar-for-dollar if it can partner with the private sector.

“The Army Corps of Engineers is still useful for permitting and oversight, but we can move more nimbly than they can,” he said.

Another example of being able to move nimbly is the port’s planned 13-acre multipurpose cargo dock and a 35-acre marine terminal facility project with Gulf Coast Growth Ventures. Costing roughly $10bn, the ExxonMobil and SABIC joint venture will, according to the port, construct and operate a world-scale ethane steam cracker for production of ethylene and derivative units for production of polyethylene, and monoethylene glycol.

Modules will be constructed off-site and delivered to a multi-purpose cargo dock on the La Quinta Ship Channel, according to the port. Large components will be transported from the La Quinta Ship Channel to the project site along heavy haul roads, bridges, and drainage features constructed by GCGV. Upon completion in 2022, liquid products will be transported by pipeline to storage tanks at the marine terminal, where they will then be exported to overseas markets.

Mr Strawbridge said the project will create 6,000 construction jobs, as well as another 600 permanent jobs that will pay as much as $90,000 annually once it becomes operational.

“We will see more growth and, when you look at the restoration of manufacturing jobs, any industry heavily dependent on energy will be looking at the Texas gulf coast,” he said. “We will create more jobs, and help reduce the trade deficit.”

Mr Strawbridge said the Trump administration’s trade war with China was only a short-term issue. The port is not going to amend its capital placement decisions based on tariffs.

“We understand what this administration is trying to do, and hope that headwinds in the current trade dispute will be short-lived,” he said. “We have had some impact in agriculture space, but we don’t think China is going to hurt themselves with tariffs on energy. If we’re going to move the needle to reduce trade deficit with China, energy will do that.”

This article is a joint publication between Lloyd's List and Icons of Infrastructure, both owned by Informa Plc, a leading business intelligence, academic publishing, knowledge and events business, operating in the Knowledge and Information Economy. 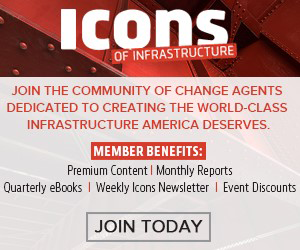