The future of shipmanagement


Shipmanagers big and small will seek to use digitalisation as a tool to reduce operating cost, but issues of crewing and size issues will continue. A Lloyd’s List webinar assesses the next decade 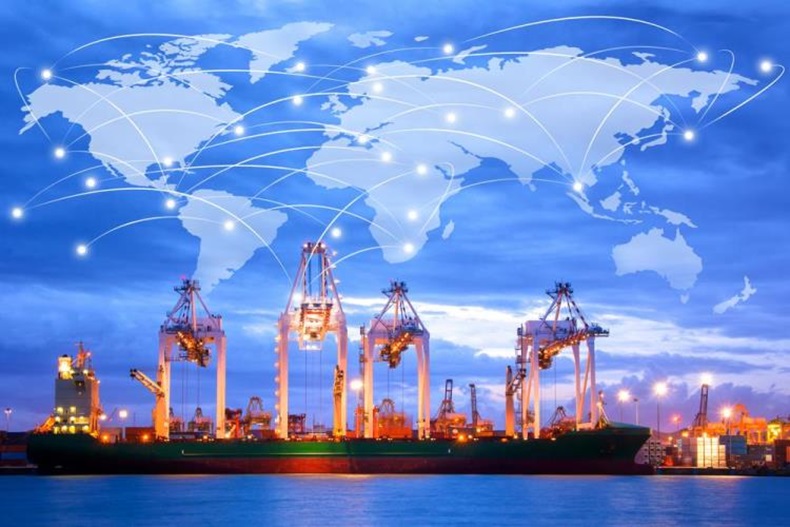 Source: Pand P Studio/Shutterstock.com For many shipmanagers, digitalisation will be the tool that enables significant cost savings.

What will third-party shipmanagement look like in 10 years’ time?

As ever, it’s tempting to suggest the fourth industrial revolution will transform this sector beyond all recognition, but will it?

What indications can we identify from the past decade of austerity that might offer some clues as to the evolution of shipmanagement?

The sector is 43 years young. Capt Charles Vanderperre is credited with taking the first ship, the tanker Sun Clipper, under the technical management of Univan (UNIted VANderperre) in 1975.A year later, he set up a manning office in Mumbai, India.

Until the early-1980s, independent management companies served as a vessel-operating alternative for shipowners suffering from high overheads at a time when freight markets were depressed.

Growth has come from, among other sources, financiers repossessing ships from distressed owners and contracting with managers; from the requirement to achieve higher standards to comply with the International Safety Management Code; and from the need to secure trained and experienced crews.

At the peak, shipmanagers are estimated to have had 13%-15% of the global merchant shipping fleet under technical management, crewing management, or full management, including vessel operations. Give or take a percentage, that remains the case today.

Most shipmanagers insist the size of the controlled fleet is a consequence of good practice and high standards, rather than the goal.

The largest managers have all increased in size and procurement influence through acquisition or merger. In recent years, V.Group has added Bibby and Selandia to V.Ships; Anglo-Eastern merged with Univan; Columbia got together with Marlow Navigation.

Others have responded differently. Arthur McWhinnie, managing director of Bernhard Schulte Shipmanagement in Cyprus, told Lloyd’s List at CMA in March this year: “In 2008, Bernhard Schulte had four shipmanagement units; these have been consolidated into one group, but we don’t want to be the biggest. We want to grow in a manner that retains our quality.”

In January this year, Bernhard Schulte acquired the privately owned specialist LNG shipmanager Pronav to give it a stronger position to exploit owning and managing potential in the liquefied natural gas sector.

Speaking to Danish online media outlet ShippingWatch after the merger with Anglo-Eastern, Univan chief executive Bjørn Hojgaard said he could envisage the development of more larger shipmanagement companies “and many small, specialised companies, with fewer in the middle”.

He added: "We will likely not see super-big companies. If we at Anglo-Eastern Univan Group today [August 2015] have a market share of 5%, we are one of the largest in our industry.”

“Competitors are always saying V.Group is too big. They can say what they want; our size is a massive advantage in shipping.”
Ian El-Mokadem, V.Group

“Scale matters; you have to drive scale and invest in IT — and it’s hard to invest if you are a small business,” V.Group chief executive Ian El-Mokadem told Lloyd’s List at Posidonia this June. Seafarers shouldn’t be worried, he said. “The biggest single investment we are making is in crewing centres.

“Competitors are always saying V.Group is too big; they can say what they want. Our size is a massive advantage in shipping. If a client says we are too large, then we haven’t been doing what we should have done,” Mr El-Mokadem added.

He believes shipmanagement is about getting the systems right; thereafter, it doesn’t matter how many ships are under management.

It might be a systems-driven business, but management is also a people business, and having the resources to build and equip manning centres in Manila, Mumbai, China, and Ukraine doesn’t come cheaply.

Ten years ago, the real fear for shipmanagers was a shortage of seafarers. While this hasn’t been fully solved, managers face new concerns over seafaring.

“Ships with considerably reduced manpower will be here in the very near future,” said Wallem’s group technical director, Ioannis Stefanou. Quoted in the manager’s True North magazine, Mr Stefanou said he believed “remote-controlled ships will be a reality much sooner than the masses believe, in my opinion. Completely autonomous ships, I think, will come later”.

Then there is digitalisation, which is certain to impact all sectors of shipping. In the same article, Mt Stefanou said: "Analytics or real-time data will allow companies to make real-time proactive decisions, leading to efficiency increases and risk mitigation.”

“Digitalisation is about the intersection of technology, process and innovation – too many focus only on the technology.”
Mark O’Neil, Columbia Marlow

However, speaking at the Transas Global Conference in Vancouver earlier this year, Mark O’Neil, chief executive of Columbia Marlow, urged caution. “Digitalisation is a path, not a journey,” he advised. “It’s about the intersection of technology, process and innovation — too many focus only on the technology.”

The problem for digitalisation comes when several legacy systems brought together through corporate merger or takeover are not compatible. This leaves the whole company vulnerable to hacking.

For many shipmanagers, digitalisation will be the tool that enables significant cost savings. In a period of weak freight markets, charter contracts barely cover operating expenses.

In his concluding remarks to that white paper, Jan-Henrik Hübner, the class society’s global head of shipping advisory, said shipmanagers should strive to enhance operational excellence and defend their own as well as their vessel’s competitiveness.

“While adhering to defined operational and asset-related performance levels, they should flip every stone looking for savings potential across their core processes,” he said.

All of which suggests the issues faced by shipmanagers in 2028 might not look much different from today’s issues. Chief among them is how to secure a source of highly motivated seafarers; how to use digital technology to optimise operating expenses; and how to maintain a reputation for quality, safety, and price that will attract the industry’s long-term players.