Webinar: Putting safety back where it belongs

Shipping’s commitment to fulfil climate change obligations has had an unintended consequence: continuing investment to enhance safety is often a secondary consideration

Traditional attitudes to safety are to wait for an accident, then fix the problem. That’s no longer good enough. The industry is turning to a more proactive approach. Is this working? 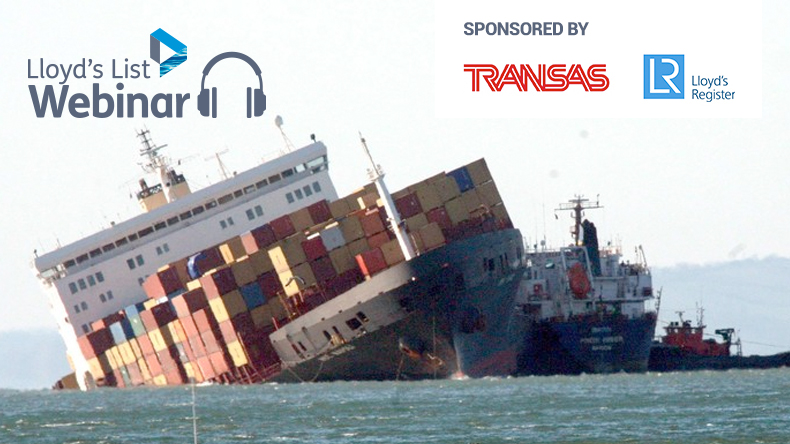 Shipping’s commitment to fulfil climate change obligations has had an unintended consequence: continuing investment to enhance safety is often a secondary consideration. History teaches us that accidents and incidents rise when competing issues – such as new technology or emissions reduction – take over management time and effort.

Shipping is one of the most dangerous activities in transportation, so safety must be placed first at every level of an organisation. What’s getting in the way and why? This webinar explores:

This hour-long webinar brings together experts in maritime safety to identify the signs of weak commitment, underscores the essential role played by the human element, and seeks a practical solution to achieving a balance between competing demands. Safety is not a function of technology: it happens between the ears. Safety must remain shipping’s priority

Maurizio is a technology executive with 25 years’ experience in the digital sector in roles spanning the full spectrum science, R&D, strategy, innovation, strategic investment and commercial (P/L) roles. He currently global VP of Digital Innovation at Lloyd’s Register, a digital transformation role spanning strategy, innovation, capabilities and go to market strategies in Industry 4.0. Recently he was co-founder and executive director of a national-scale £50m digital innovation centre, worked within Government to create and lead a large national-scale innovation programme in IoT. Previously he worked in early-stage venture capital and spent 15 years in corporate R&D at Hewlett Packard Laboratories. Maurizio contributed to boards and high-level committees and has been regularly advising the UK Government and the European Commission in major strategic initiatives. Maurizio hols and engineering Degree from the Politecnico di Milano, a Doctorate in Artificial Intelligence from the University of Edinburgh, an Executive MBA from the Bath School of Management. He holds over 30 granted US patents and 35 peer-reviewed scientific publications, he is an experienced speaker and recently appeared on mainstream media such as the Guardian and the FT. Maurizio has been elected Fellow of the Institute of Engineering and Technology (IET) in 2016.

Tony Browne is the author or editor of Lloyds Maritime Academy Level 5 Diploma in Management and Leadership. He has been involved in Maritime Education since 2001 and previously was a lecturer then manager at a large UK maritime training college.

He is a Nautical Institute member and holds Masters Degrees in Business Administration (MBA) and Martime Operations (MSc) as well as Cl II Unlimited Certificate of Competency from the MCA. He is also a member of WISTA promoting equality in the maritime industry.

He now provides consultancy service in the maritime industry through his training company T-StarMET. In addition to lecturing and writing training manuals he acts on behalf of the SQA to maintain standards in maritime training across the world.

He spends most of the year out of the UK and usually in the EU though often in USA or Asia.