Lessons for maritime from aviation and trucking 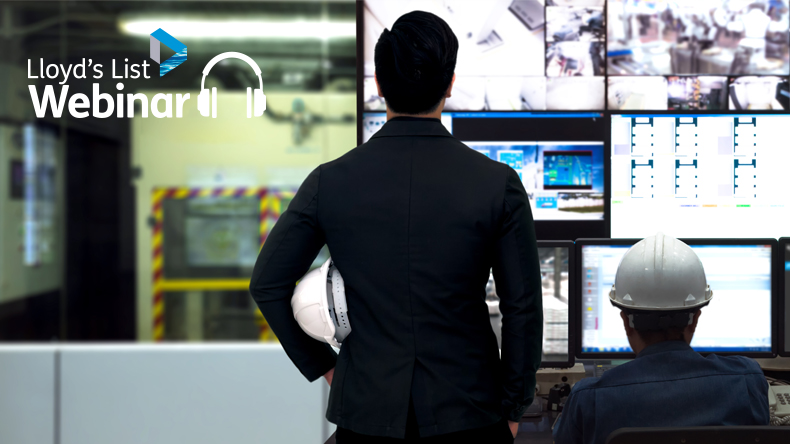 Initial proposals for fully-autonomous shipping have reached the clear light of day: remotely-controlled merchant vessels will take longer to bring into operation than had been thought. But the past five years has shown there is real excitement within the maritime community for innovation that will change the way shipping works. Business models will change, trading patterns will change, seafaring will change.

Where is Autonomous shipping today, and what technology is under construction to push it further? What developments are under way in the aviation, automotive, and trucking sectors that will have a bearing on how shipping will evolve? How will Autonomous shipping fit with designs for the Autonomous supply chain?

The Lloyd’s List webinar series continues on March 22nd with an exploration of Autonomous shipping: current strengths and weaknesses, obstacles to progress, new technology in other sectors. This hour-long webinar focuses on the lessons maritime can learn from other transport sectors, and will ask:

Join Lloyd’s List as we push beyond maritime to hear what’s happening in Autonomous transportation.

Linton is deputy editor for Lloyd’s List Containers, covering the global container market but with a particular focus on Europe.

A graduate of the University of Central Lancashire, Linton writes regular market reports, features and commentaries within his specialist field, whilst keeping readers up to speed with the latest breaking news.

He is also editor of Lloyd’s List’s popular Top 100 Container Ports supplement series, and also won ‘Journalist of the Year’ at the industry’s highly respected Seahorse Awards in 2017.

Michael is a Senior Associate in the marine department of Kennedys. Michael began his career with niche shipping firm Waltons & Morse before their merger with Kennedys in 2016. His primary focus is on dry charterparty and marine insurance matters, with a particular interest in piracy matters, primarily on the east and west coast of Africa (on which he has prepared a number of articles and presentations). In recent years, he has had an increasing curiosity in autonomous sailing and the way in which it is going to shape the future of shipping.

P. Michael A. Rodey is a Senior Innovation Strategy Manager in A.P. Moller-Maersk, the world’s largest transportation and logistics company. Through his time in Maersk, he has delivered upon various projects, from heading the autonomous vessel program to developing the innovation strategy; from tackling big data and startup engagement models to heading commercial and intellectual property negotiations.

Prior to Maersk Michael worked for both Saudi Aramco and Statoil in a strategy and business development capacity; consulted in petroleum and management in a variety of different roles globally; and had various other positions of which the highlight includes 4 years in the US Marine Corps as a Non-Commissioned Officer.

Michael holds a Master of Science in Petroleum Economics and Management from the IFP School (École Nationale Supérieure du Pétrole et des Moteurs) in Paris and a Bachelors in both Economics and History from San Diego State University.

Graham leads Aviation Week's coverage of technology, focusing on engineering and technology across the aerospace industry, with a special focus on identifying technologies of strategic importance to aviation, aerospace and defense. Born and educated in Scotland, he graduated in aeronautical engineering and worked in advanced design at Hawker Siddeley Aviation in the U.K. before becoming an aerospace journalist. Before joining Aviation Week in April 2008, he spent almost 30 years with weekly aerospace news magazine Flight International. Graham is a winner of the Decade of Excellence award for aviation journalism, the Aerospace Industries Association’s Lyman Award for achievement in aerospace communications and is a Fellow of the Royal Aeronautical Society.