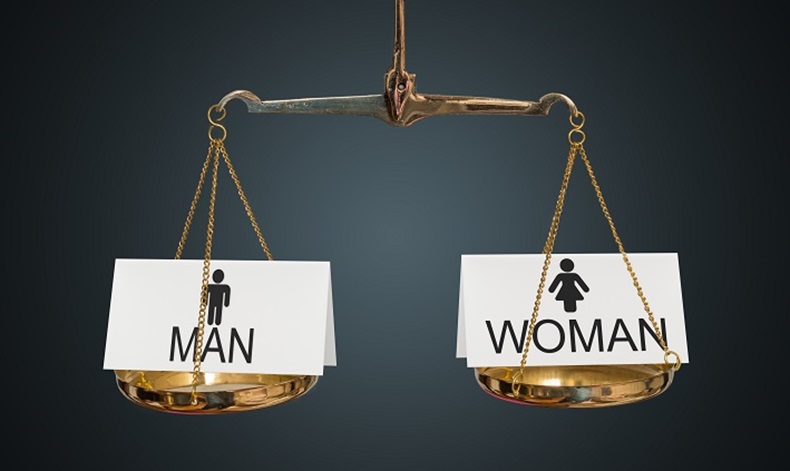 Source: Shutterstock The small proportion of women in senior positions in the maritime industry skews the differentials in hourly pay.

THE deadline has passed and the gender pay gap results are in, but the results make for uncomfortable reading for the UK’s maritime industry.

Companies based in the UK with more than 250 employees were legally obliged to report their gender pay gap by midnight on Wednesday.

The findings, as many feared, revealed significant pay disparity with more than three-quarters of UK companies paying men more on average than women.

In the transport and logistics sector, 406 companies published reports including more than 50 with connections to maritime.

London-based broker Clarksons was one of the final few with maritime links to publish their report.

As with those already reported by Lloyd’s List, the results were equally damning and did little to dispel the notion that shipping is a man’s world.

In response, Clarksons said that it recognised there was no immediate fix and that it would not be possible to deliver a more balanced workforce overnight.

“We expect that it will take a number of years before we start to see the impact of decisions we make today,” it added.

Indeed, only a handful of companies from the UK’s maritime sector reported numbers close to pay parity.

There were some positives to take from bonuses, where in most instances the percentage of women receiving additional payments in the maritime sector beyond their expected salary was on par with men.

Nevertheless, in terms of guaranteed pay the gender disparity in the UK’s maritime sector is startling.

This can be explained by the small proportion of women in positions of seniority in the industry, which in effect skews the differentials in hourly pay.

Of the more than 50 companies representing the maritime sector not a single one has women representing a majority within the top pay quartile, while in the upper middle quartile just three companies have a higher proportion of women.

“We have known that females are under-represented in the maritime industry for a long time and these results show that where women are employed, it tends to be in lower-paid positions,” said Debbie Cavaldoro, head of strategy at trade union Nautilus International. “The industry needs to work together to encourage more women to consider a career in the UK maritime sector and look at the policies and procedures that exist to ensure they stay in the industry and can progress alongside their male colleagues into executive positions.”

She added that addressing retention, and developing policies that make the maritime industry better for females, would make it better for everybody. Bullying and harassment, for example, had no place in the modern maritime industry, but still resulted in too many good people seeking alternative career paths, Ms Cavaldoro said.

Sue Terpilowski, chair of Maritime UK’s Women’s Taskforce, told Lloyd’s List: “The maritime industry is not an insular sector that can exist without outside participation and we are all part of what makes it work and ultimately makes it one of the most successful parts of the UK economy. Diversity is now an important issue in the wider world and the maritime sector is not immune from the changes and developments taking place surrounding this.”

UK Shipping Minister Nusrat Ghani has been approached for comment by Lloyd’s List, but she has yet to respond.

However, when addressing the inaugural meeting of the Women in Maritime Taskforce, set up by promotional group Maritime UK, in February, Ms Ghani called for bold action on gender equality in the maritime industries.

Outdated thinking on employment means maritime industry is missing out on talent, skills and intelligence, with women representing just 3% of jobs, minister tells inaugural meeting of the Women in Maritime Taskforce in London

She called on the Women in Maritime Taskforce to ensure that industry leaders are open minded in recruiting people who do not reflect themselves. “People from different backgrounds have different experiences, they raise different challenges and they have different perspectives and that enables business to grow.”

The taskforce has been created to provide recommendations to government and industry — or quick wins — on equality.
Women make up only 3% of the UK maritime workforce.

Within the transportation and storage sector in the UK, men made up 80% of the workforce in 2017. This compared to a 58% majority in the entire UK private sector.

What now for gender pay?