Merchant Navy Training Board director Kathryn Neilson says too few youngsters in the UK recognise the career opportunities on offer in shipping, both at sea and ashore, and that more ambassadors are needed to visit schools and colleges, and talk about jobs in the industry 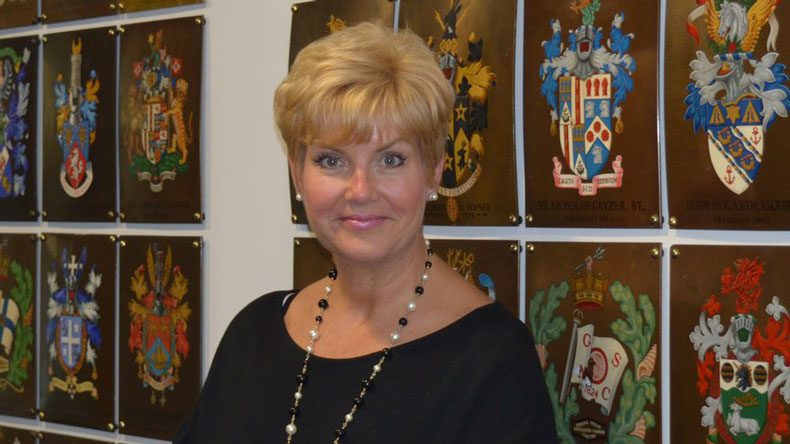 Source: UK Chamber of Commerce Neilson: Today's young people may have the technical expertise, but not necessarily the soft skills required to be a ship's officer.

What does the future look like for women in maritime?

In March, Lloyd’s Maritime Academy hosted a webinar on Equal Shipping: Why are women still underrepresented in maritime? It discussed diversity in the maritime industry with six of the world’s leading voices. To listen to the recording, click here.

But at the heart of this diverse range of activities are ships, and those who work on them.

For without seafaring knowhow, and a real understanding of life at the front end of shipping, the UK’s reputation as one of the world’s premier maritime nations would be undermined by this gap in its knowledge base.

Furthermore, those who have been to sea are often much sought-after for land-based jobs across the sector.

That is why both the UK government and industry associations continue to work hard to promote jobs in the merchant navy and highlight career opportunities, both at sea and subsequently on shore.

There may be plenty of talk about autonomous ships, but vessels in service, under construction and yet-to-be ordered will still need to be crewed for at least the next three decades — and probably for much longer, given the length of time it is likely to take to perfect the technology and obtain regulatory and liability acceptance for unmanned vessels, or those largely controlled remotely.

Nevertheless, that is one of the obstacles faced by those tasked with attracting more UK cadets.

Kathryn Neilson, a former music teacher who went on to work for the cruise line Royal Caribbean, is at the forefront of the campaign to ensure Britain retains a pool of world-class ship’s officers, even if the UK maritime cluster no longer has a high-profile British shipping company at its core — yet another challenge for the recruiters, along with explaining the difference between the Royal Navy and merchant navy.

Top priority is to raise awareness in schools and colleges of the opportunities available in the merchant navy. But getting that message across is not easy.

“It’s quite difficult to attract cadets. A lot of people do not understand what careers are available,” says Ms Neilson, who was appointed director of the Merchant Navy Training Board last August after seven years in charge of compliance for Royal Caribbean’s UK fleet.

She also managed the company’s national and international cadet training programme, which is what sparked her interest in careers at sea and persuaded her to apply for the MNTB position.

“I wanted to make a difference, and support seafarer training,” Ms Neilson says of her new job at the MNTB, which is part of the UK Chamber of Shipping.

The board’s goal is to ensure British cadets receive the highest possible qualifications, that will stand them in good stead with shipowners around the world even if their employment costs are higher than for seafarers from Asia and elsewhere.

The British economy also benefits from such a resource, says Ms Neilson, with maritime activities recognised as an important contributor to the country’s gross domestic product.

The government recently doubled funding for its Support for Maritime Training scheme, which will lift the annual intake of UK cadets from 750 to 1,200 and enable them to gain an extra year of shipboard experience.

The programmes on offer are restricted to UK nationals who are resident in the country, but they can sail on any ships, regardless of flag.

The UK’s tonnage tax system also includes cadet training commitments, while some charities sponsor seafarer training as well. The country’s apprenticeship levy is also available for the training of ratings.

The MNTB works closely with maritime training establishments to explain that there are opportunities for both men and women, while encouraging employers to ensure crew conditions will appeal to the younger generation.

But it is not just about onboard wi-fi, says Ms Neilson. Greater job flexibility will encourage more women to apply for jobs at sea, for example, Crew travel arrangements also make a difference, with employers urged to book the most convenient flights for those joining a ship, and not always go for the cheapest fare.

What seems to be less of a problem are pay scales, with wage levels much better these days.

Even so, raising awareness about job opportunities remains a struggle, says Ms Neilson, with more serving seafarers needed as ambassadors to visit schools and colleges to speak about careers at sea.

Despite so much talk about the global hunt for talent and whether different skills are needed for the modern seafarer, Ms Neilson says it is not the formal qualifications that may need to be updated, but the soft skills.

Today’s younger generation are glued to their smartphones and iPads, but are not such good communicators as their predecessors, and may lack initiative, confidence and leadership ability — all of which are vital for anyone in charge of a modern cruise liner, tanker, bulker or containership.

“They may be bright and enthusiastic, but need to develop their life skills,” she says.

The message, though, to both potential recruits and to employers across the world, is that British seafarer training aims to be the best in the world.

“It is second to none,” says Ms Neilson.

And for the UK’s status as a leading maritime country, based on the depth and breadth of its skills and expertise, that is what matters.

British shipping must concentrate on its short-term strategy

Ship's officers get guidance on harassment

Scion of a seafaring family is ambassador for his industry